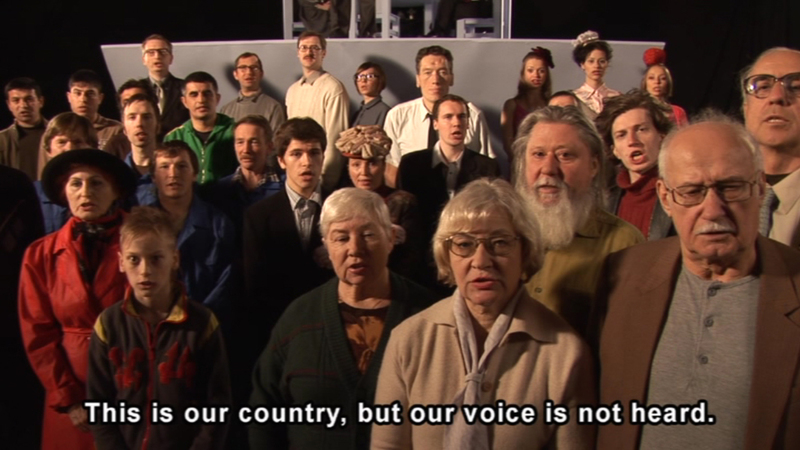 On Friday, April 4th, a conversation about Art in the Public Sphere was held at HAU, Berlin, between Alice Creischer, Oliver Marchart, Simon Sheikh, Sarah Vanhee, and Joanna Warsza, moderated by Helmut Draxler. The evening was a part of HAU's Phantasm and Politics series, and discussion revolved around the upcoming Manifesta in St Petersburg.

Afterwards, we had our own conversation.

RICHARD PETTIFER: Having to pay €8 for a discussion about public space is the perfect ironic summary of what was discussed on stage. Increasingly, what is “public” is defined by capital, and sapped of its potential.

SONJA HORNUNG: I wanted us to go so we could write on it! But doesn't this draw out a strange dilemma that emerges, when faced with the option of withdrawal? Either engage, and retain some sort of voice in the dialogue, or withdraw, and risk being excluded and silenced.

RP: I was charged for a ticket to discuss the relationship between art and public space—a discussion that must surely happen in public. In attending, my political voice was subsumed into a system of dialogue that becomes an aesthetic item through its separation from the public.

There is no reason why art should not look for concrete ways to intervene, and maybe the upcoming Manifesta will do this. But Friday night certainly didn't intervene in squat.

SH:The relationship between art and public space is a fractured one. But it is not just a case of art colonizing and aesthetizising politics (as some critics of the Berlin Biennale, for example, would have it). There are a range of complex positions and they are context-dependent. For example, in Sydney, a number of artists threatened to withdraw their work from the Biennale due to commercial links between its primary sponsor and the offshore processing of refugees. In Istanbul, Fulya Erdemci withdrew her Biennale from the public spaces of Istanbul due to the tense situation generated by the Taksim protests. And in the upcoming Manifesta in St Petersburg, local artist collective Chto Delat? have recently withdrawn in solidarity with Ukraine. Curator-in-chief Kaspar König defended the right of art to autonomy from political discourse, but meanwhile, the Kiev Biennale itself has been postponed indefinitely.

These responses to political pressures on the biennale system have one thing in common—artists are requested to use the publicity created by the institution to interrogate the values of the institution. This makes the institution appear open to critique, open to public dialogue, open to democracy in its broadest sense. Should we be suspicious about this? 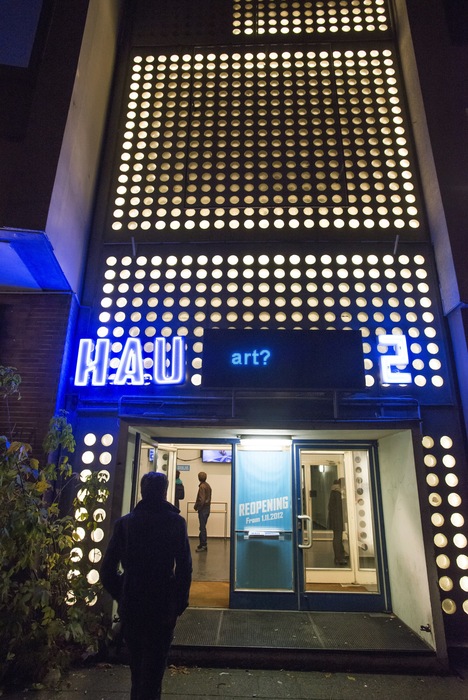 RP: For me the whole conversation about whether to withdraw or not becomes invalid when the conditions of entering the dialogue itself are the contradiction.

What you're talking about is a kind of false permissiveness or liberalism from biennales. It says “you can do anything you want,” but meanwhile, capital is taking away basic freedoms. This is basically my concern with placing too much focus on public space—it's just symbolic distraction from capital crisis. You can have a very liberal public space where you can do anything, but that is totally pointless if half of the people sleep in it because they don’t have homes.

SH: So in your view, a discussion about public space, or even about art, shifts the narrative away from the real issue at stake: the hegemony of capital. Perhaps you're right. The reason for protest always boils down to capital. Gezi Park was a protest over a proposed capital development. The Ukraine crisis was caused by that government backing away from a free trade agreement with the EU. The Occupy protests happened in the context of the Global Financial Crisis, and the Sydney Biennale debacle emerged due to its corporate structure.

However, all of these events become visible in public dialogue, in public space, don't they? Not just physical spaces, but also figurative ones, or spaces online, where conflict can be played out in dialogue and resistence can be built.

RP: But a contradiction is present here. As Oliver Marchart said, on one hand there is a multiplicity of public spaces, and on the other hand this idea of an “audience with the King.” In the first case, the creation of a public space is possible anywhere; in the second, grievances can only be aired under the permission of the ruler. I am much more likely to favor the latter as an illustration of contemporary political life because it says something active, whereas the first is a meditative statement. However in both cases artists/citizens/scholars are free to do whatever they like as long as they don't interfere with the capital frame. This suggests simply that in order to be effective, art should do just that—especially in a time of capital crisis.

SH: I was also interested in Oliver's definition of the public as “an audience with the King,” to me a play on Kaspar König's authoritarian position as King of the Manifesta, in all its autonomous glory. An audience with the King never occurs on equal terms. If you reject this inequality and wish to build a different modus operandi, you need to withdraw and create an alternative, and that alternative can only be built in public space, whether this space is physical or figurative.

Let's look at Sydney, for example. Some sort of artificial wall maintained between art and its political and commercial context has been broken, which means that every conversation about the Biennale (and every media report) has to also be seen in terms of the withdrawals and Australia’s horrendous refugee policy. Art that addresses political questions within the institutional framework remains somehow safe, even if it bleeds into the public spaces of the city (as happens in every Sydney Biennale, as will happen in St Petersburg). But withdrawal opens the frame out to public scrutiny; it creates public space. It forces us to recognize that the causes for inequalities have a name and an address, as Alice Creischer puts it.

Of course Sydney is an entirely different context to St Petersburg, and the parallels can only be pushed so far. But I was wondering whether you might consider it possible to see the withdrawal of Chto Delat?, for example, as a vital way to keep the Manifesta public—or to keep the public public? 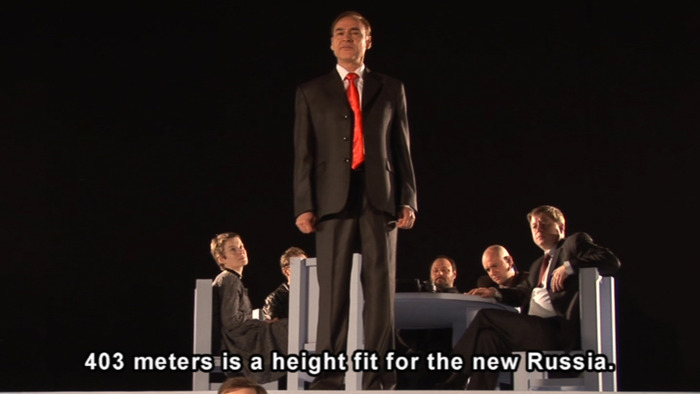 RP: Of those examples mentioned, Gezi is the only one where the cause of the protests can perhaps be considered a matter of public space. The others (Euromaidan, Occupy, Sydney) are directly responding to capital situations. And even in the case of Gezi, it was a heavily capitalized commercial project, so it's arguable whether people were there for the space, or capital, or both.

SH: I beg to differ—in the case of Gezi, capital interests were impeding on public space. Occupy and Euromaidan were efforts to claim public space as a platform to fight against its repression. I would read the Sydney Biennale in terms of an attempt to hold public conversation about immigration policies that the public no longer have a say in, that are controlled by double-barreled national and commercial interests. Calls to reclaim public space, whether by artists or activists, are a means to redress this situation.

Look at the self-imposed closure of the refugees' occupation on Oranienplatz in the middle of Berlin. As we write, the last of the refugees who have occupied the site for over one year have “vertically withdrawn,” and climbed a tree. They are surrounded by police and a fence, and until very recently were denied food, water, and blankets. Up there is the last bit of public space in Oranienplatz, but even here, this withdrawal is forcing people to talk, to take notice. You can't ignore a person who is hunger-striking in a tree.

RP: You're right about withdrawals affecting the dialogue, but again this doesn't address the capital—it just addresses the dialogue. There's little point in tarnishing the brand of the Sydney Biennale if the ensuing dialogue effectively quashes change. This is a matter of the form or quality of the dialogue—how it is said is more important than the content. We talk about “withdrawal” as if it is a simple action that universally means the same thing, but there are many different ways to withdraw, and they mean different things. Withdrawing is a positive action. It creates something more than just a space for public debate. What should be looked at in the case of Sydney is not what is not there (“the proposed artworks”) but what was created—the press releases, the empty spaces. Dialogue is only a small part of that.

In the case of Manifesta, there would seem to be very few ways it might be helpful to the situation in Russia and the territorial invasion of Ukraine, which began with the capital situation of the failed EU free trade agreement. Addressing that now would not be helpful. Now it would be more helpful to address Ukraine's flailing economy which is in a directly vulnerable position. For example, there have been people in Euromaidan protesting in sub-zero temperatures for four months. What about them? And where are we at with this free trade agreement now? Will living standards in Ukraine improve?

Or was the only result of the protests to jettison a much-loved piece of territory and four months' wages?

What will make or break Manifesta will probably be its ability to address these issues in a concrete way.

Here is a satirical fantasy version of how insulting this potentially is: an event at Manifesta called Art in the East after Euromaidan: a dialogue/intervention that charges €8 entry.

SH: This very conversation we are having now will become, on ArtSlant, an aestheticization of political issues.

RP: Depends on the readers.

Love Locks vs. Street Art: On Self-Expression in Public Space
7/3/15

Between East and West: The Making of Contemporary Art in Istanbul
3/3/15
COMMENTS (4)
Creation is not the only power artists have - and the idea of withdrawing, for example, points to the power of denial of creation. If all 'invitees' had been paid to be present the result would have been very much the same, because the public would still be excluded. If you paid whoever came, I guess a very different dialogue would occur. Yes, the rabbit-hole of oil dependence is virtually bottomless and deeply embedded in our everyday life - though this is no reason not to act, or think, on it.
Comment by: Richard Pettifer on Sunday 04/20/14 at 10:35 AM
submerged
Whether it is capital that keeps us captured (what would have happened if all invitees had been paid for their presence?) or urge to live? I decided not to take part in the Petersburg Biennale. Must, however acknowledge, that the assets denied to some in power when not going, are easily restored every time I put petrol from Shell into my car. Shell being linked to Gazprom. I think the only power artists have, is to create the unthinkable, like a titanic of balsa-wood. And join Meurtant in the war against global warming.
Comment by: Drager Meurtant on Sunday 04/20/14 at 6:43 AM
The suggestion is that ticketing the event made it an aesthetic object - which made the dialogue meaningless.
Comment by: Richard Pettifer on Thursday 04/17/14 at 9:14 AM
What does it mean?
"In attending, my political voice was subsumed into a system of dialogue that becomes an aesthetic item through its separation from the public." I don't think any dictator would want to censure this statement, because no one has any idea what this statement means.
Comment by: Boris Uan-Zo-li on Tuesday 04/15/14 at 5:43 PM
ArtSlant has shutdown. The website is currently running in a view-only mode to allow archiving of the content.