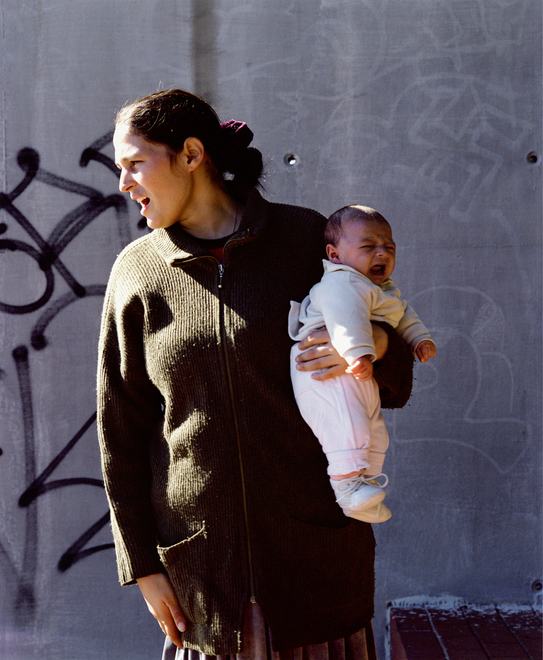 Mathieu Pernot’s new show at Jeu de Paume follows twenty years of his career but it also follows the tragic downhill path some of modern society's marginal groups have taken since the twentieth century. While examining the nation state's mechanisms of supervision, control, and depression he also lingers on the historical role of photography as a collaborative practice.

The curatorial orbit of his exhibition The Crossing was designed to create both spacious and conceptual "vis-à-vis" encounters between Pernot’s different series of works. These encounters intensify the feeling that the figures in his photographs are not merely subjects, that as a photographer he is not just passing by. The show explores the structures of these complicated relationships, ones that Pernot is obviously aware of and has learned to navigate in his work. Pernot's protagonists are mostly nomadic: Gypsies, refugees, and prisoners who are present mostly through their surveillance surroundings (empty court yards for example), or by their families who comes to visit them. 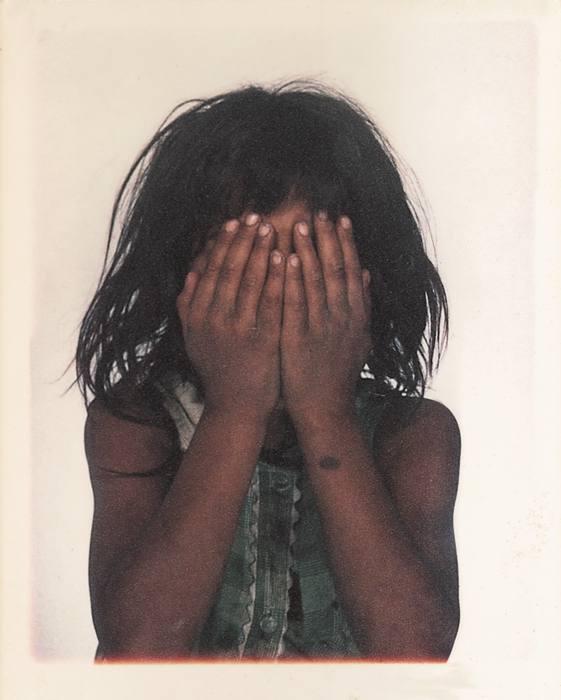 The earliest works in the show come from the series Photo booths, an enchanting group of children's portraits taken between 1995 and 1997. Pernot created the work while he was still a photography student in Arles, France, where he initiated his first encounter with the Gypsy community that lived nearby, taking the children to a standard photo booth and giving them the freedom to express themselves.

The children embody an intuitive refusal to be representative, to become a serial type as the machine demands.  Each one of the them performs in a different gesture that maintains individuality and gives a unique articulation to an ID photo. Although fifteen years have passed, Pernot's action seems courageous even today, mostly because of his prescient understanding of the photo booth's potential power over people, but also because he was able to contain and capture the children's unexpected behavior.

His relationship with this specific community in Arles became a sincere friendship which one can see throughout the exhibition: Some of the children from the photo booth reappear in the show as adults in series like The Shouters (2001-2004), in which men and women are shouting behind the walls where their kins are imprisoned, or Fire (2013), a new body of work made for the exhibition in which members of a family are portrayed watching a deceased relative's burning caravan, set on fire as part of a ritual of their community. 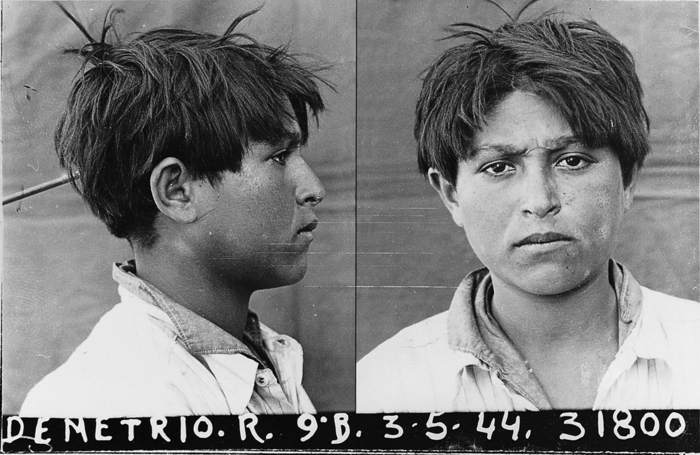 Mathieu Pernot, A Bohemian Camp, 1998/99; Courtesy of the artist and Jeu de Paume

In another work that Pernot created not long after Photo Booths, he revisits the subject of identity photos showing a more conventional and cold treatment. A Bohemian Camp (1998-9) focuses on Saliers concentration camp, which was created in 1942 during the Vichy regime and was the only French concentration camp intended exclusively for the Gypsies. Pernot displays archival materials that include anthropometric photographs and expose the camp's administrative system, the courses of inmates' movements before their arrests, as well as some of their confiscated property.

Pernot's ongoing debate with the history of photography as a practice and its different representations can be traced to the emergence of the nation state during the nineteenth century based on a registration system in which photography played a crucial role. The registration was part of the categorization of who would become a citizen and who would not.

Pernot was able to revisit the history of the camps using a combination of archival materials and interviews with survivors whom he was able to trace. Beyond the archival materials displayed in vitrines hang large-scale 1:1 size portraits of these survivors. These new portraits are done in a classical, even typological manner (in black and white), and offer a new encounter with the camera, a more personal one that wishes to hear and tell stories that were never heard before.