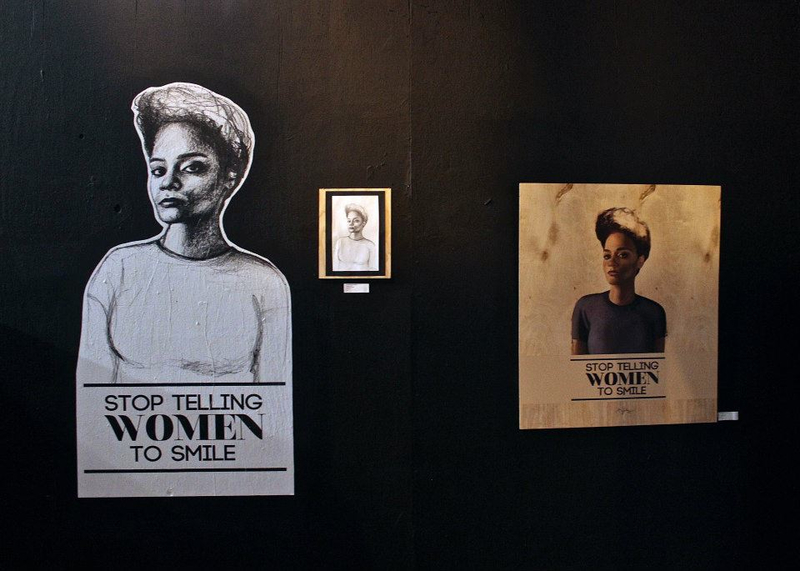 When Tatyana Fazlalizadeh posted a wheatpaste portrait of herself with the words "Stop Telling Women to Smile," she wanted to make a statement.

And in many ways, she succeeded. The artist posted her piece on a street in New York to tell street harassers that the cliché lines they yell at women need to stop. Instead of smiling and moving on, Fazlalizadeh chose to post a portrait of herself with her strong words; in the drawing she does not smile and instead keeps a locked jaw and defiant gaze.

Soon, Fazlalizadeh began taking her project to other cities and media outlets caught wind of her efforts. She hosted open calls for women to share their stories of street harassment and created portraits of them similar to her self-portrait. Each portrait contains a phrase underneath like “My Outfit is Not an Invitation” and “My name is not baby, shorty, sexy, sweetie, honey, pretty, boo sweetheart, ma.” 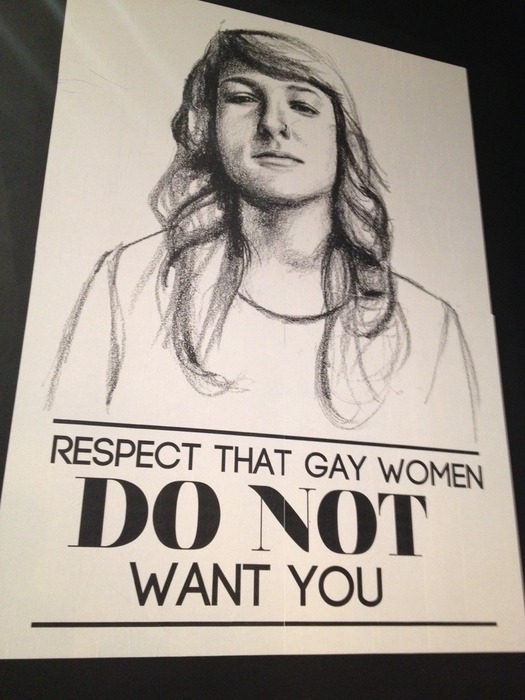 Tatyana Fazlalizadeh; Courtesy of the artist and Betti Ono

Since its beginnings in the fall of 2012, the project expanded quickly and led to a successful Kickstarter campaign. Fazlalizadeh initially set a goal for $15,000 so that she could travel to more cities and film the project. The campaign raised more $34,000.

The artist recently spent a little over a week in the Bay Area, completing an artist residency at Betti Ono in Oakland. During her time there, she hosted discussions and met women who served as the subjects for new portraits exhibited in the gallery. Her work resulted in the current show entitled “Stop Telling Women to Smile.” Fazlalizadeh is already moving on to other cities and thinking of where the project might go in the future.

“I’m trying to get ahold of the project,” said Fazlalizadeh. “It is moving very quickly and sometimes it’s a little difficult to keep up with it. Sometimes it’s like I’m not leading the project but catching up with it… I’m heading to Atlanta next week and Baltimore at the end of April and from there—after I have some time to sit and settle down back in New York—I’m really going to start planning out what’s next.”

On one Saturday afternoon, Betti Ono pulsed with music. Inside, people mingled and looked through the racks of clothing and accessories in the front room. In the space of Fazlalizadeh’s exhibition, a group of preteen girls milled about. At one point they stood in front of some of the wheatpastes and took a group photo.

The three large posters behind them show the faces of women with phrases like "respect that gay women do not want you" and "I am not public space." These large-scale posters dominate the space, the white of the wheatpasted paper contrasting sharply with the black wall.

Seeing the wheatpaste pieces inside versus outside makes for an interesting visual element. Viewers can tell where each piece of paper fits in with the other, maintaining the do-it-yourself and on-the-go attitude of street art. Yet the dark wall and monumental scale challenge the viewer to see the wheatpastes in a different manner. The large portraits feel intimate and powerful. Protected from outside factors like weather and the markings of commentators, they stay pristine and unaltered. 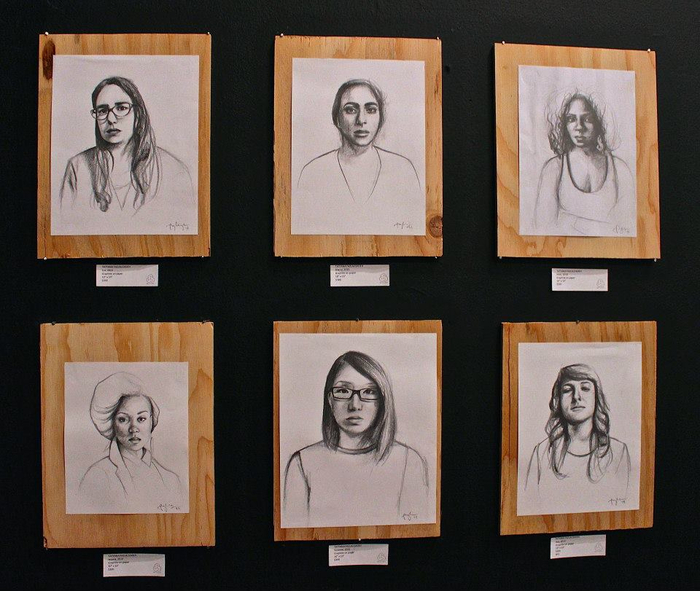 On the remaining walls, Fazlalizadeh displays her drawings and oil paintings as well. Though the street art project has gotten her quite a bit of fanfare, she continues to make art in other mediums.

“I’m definitely not abandoning oil painting. I still do that, I still paint, I still do freelance illustration work,” said Fazlalizadeh. “This project has been my focus and the main thing I’ve been doing and getting attention for, which is fine, but it’s definitely not the only thing I’m doing... I do love wheatpaste. It’s fun and it’s great and I’ll absolutely continue it and also other forms of art that were already there that I enjoy doing as well.”

The exhibition at Betti Ono does a commendable job of offering a personal look at the women portrayed. Viewers can see the photographs of the women that inspired the posters, and in some cases, drawings alongside their versions in oil and wheatpasted poster form. The show also includes the original portrait of Fazlalizadeh, in both oil paint and wheatpaste, that first sparked the project.

“I did it for myself,” said Fazlalizadeh. “It was supposed to be support for myself and it happened to do that for other women as well.”

In fact, although the project and exhibition might seem explicitly directed towards men and street harassers the most important part of the project actually lies in the impact it can make on women.

“It’s for men and women, but mostly for women to walk past these and see them and feel like they have an advocate,” said Fazlalizadeh. “They have someone out there defending them. They have artwork, something out there creating a presence, a strong presence that is speaking back to harassers in a way that a single voice can’t. So while it’s definitely for men—I’m interested in their reactions and responses—it’s also for women. It’s to be their support and be there for them.”

Before working on this project, Fazlalizadeh’s only experience creating public art was a mural she painted for the Philadelphia Mural Arts Program. “Stop Telling Women Not to Smile” takes the power of public art even one step further. In the photographs and portaits, many of the artist’s subjects exert a strong or defiant look in their eyes. Putting the portraits out in the public sphere takes full advantage of what street art does best—stop us in our tracks, interrupt our daily flow and leave us with food for thought.

“Putting this work out on the street is what is important about this project,” said Fazlalizadeh. “It would’ve been something totally different and not as effective if not a street art project and not in the public. The whole point is about street harassment and it happens outdoors anywhere to anyone. Any woman is subject to it just being outside in the street so I wanted to put this work out there where it happened so anyone can see it.”