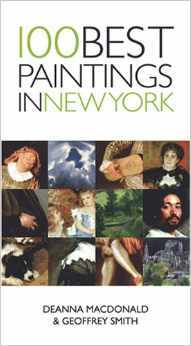 100 Best Paintings in New York is a nifty museum companion - just the perfect size to stuff in your purse for an outing. The book includes descriptions of paintings from nine local museums including The Met, MoMA, Guggenheim, The Whitney, Brooklyn, The Frick Collection, The Cloisters, The Neue Galerie and The Hispanic Society of America. In the event you wish to visit these institutions, the book devotes an entire spread to each, listing its hours, directions and admissions criteria, along with its impetus for existence. Authors Deanna MacDonald and Geoffrey Smith then run down a list of paintings they deem to be the best at each location.

I will admit, I purchased the book for two reasons: 1) It was (my own personal) support-your-neighborhood-merchant day, and 2) It was on sale. An odd size with images, seemingly, too small to enjoy and almost microscopic type, the appearance of it was not at all appealing. Not to mention, my copy, even for the sale price, had seen better days. Nonetheless, I relieved the store of the tattered tale, took it home, and promptly fell in love. Let me tell you why...

Let's take Picasso's Les Desmoiselles d'Avignon, for instance. I'm no art historian but, at a glance, I'd hardly considered this to be his most compelling work. MacDonald and Smith offer a history of each painting, sometimes including a biography of the persons or places rendered, a critical analysis of styles and technique, along with a time-line of the artist's personal life and career. In this case, they even discuss Picasso's early sketches of Les Desmoiselles and we learn how his conception differs from the final work. The painting was inspired by the brothels in Picasso's neighborhood - Monmartre - which became known in the late 19th and early 20th century as a destination for decadence. In 1907, when Picasso  first revealed the painting to a small group of his peers, it received such a revolting reaction that he hid it away for three years. It was then purchased by a patron who kept it out of sight for another two-decades. Finally, it was exhibited in Paris in 1937 and the MoMA acquired it after WWII. Smith adds, "It's importance lies in its position as a watershed in the development of Picasso's art, and in the birth of Cubism." 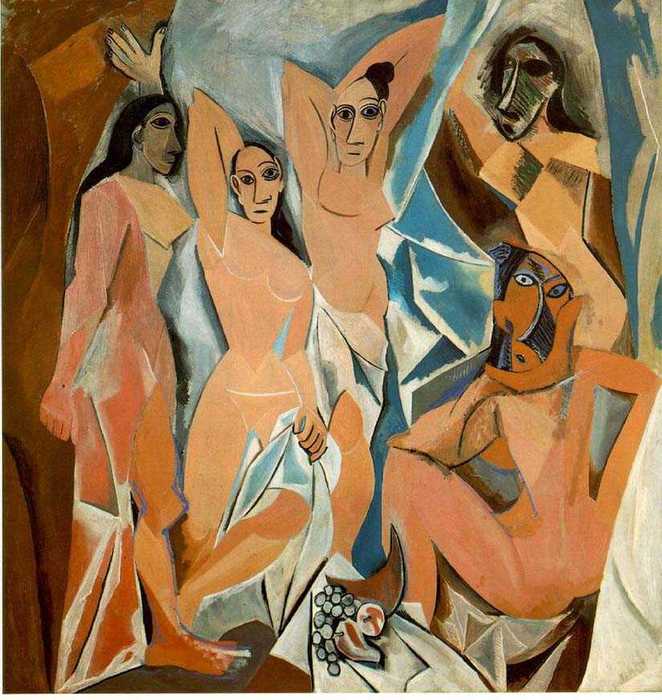 MacDonald and Smith give each painting a life of its own. It is these stories which make this unassuming little book an absolute delight. From The Frick Collection, we hear as much about the personal and political conflicts of Thomas More as we do about the mastery with which Hobein the Younger renders his regal robe; they take us to the river, literally, as we gaze upon George Caleb Bingham's Fur Traders Descending the Missouri - a painting so diminutive and dusky one could easily overlook it in the shadows of mammoth masterpieces at The Met; we learn how the MoMA's Starry Night was conceived by Van Gogh at the asylum of St. Remy, and; we marvel at the glow of Juan de Pareja, a Moor and former slave painted with so much majesty by his master, Diego Velasquez, that his likeness dazzled all of Rome and would fetch a record $5.5M from The Met in 1970, three centuries later.

100 Best Paintings in New York has made me rethink what I might've imagined the authors intended by the word "Best". In this case, best lies not always in the exact beauty of a work, but in its significance in the life of its maker, its impact at the point of entry into the world of art, and sometimes even in the subjects alone. This is the best stuff - the juicy bits that flow into every great work, never wholly told on the museum walls. This is what 100 Best Paintings is made of.