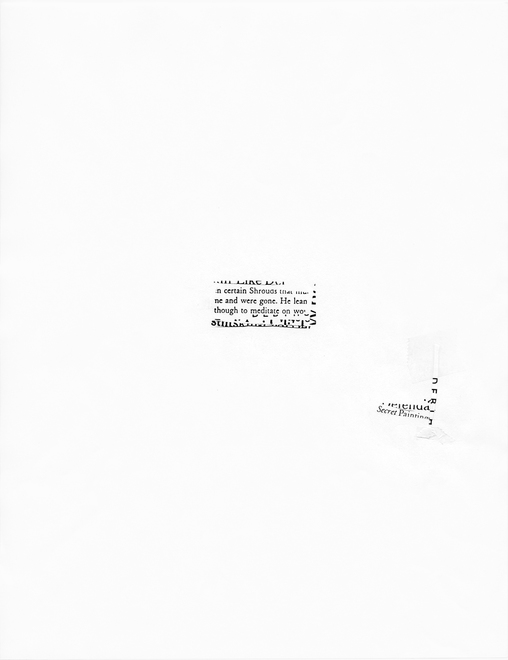 Text in the Expanded Field: The 2014 Whitney Biennial

Among the 103 participants in this year’s Whitney Biennial, the handful that have elicited the most speculation and skepticism are those known for producing not art objects but texts. In addition to publishing-oriented collectives, words take on a visual function in the poetry of Susan Howe, they form the structure of many of David Diao’s paintings and Gary Indiana’s sculptures. Artspace warned us to “Get ready to do some reading.” Carol Vogel, in her New York Times preview, told us to expect “Words and More Words.”

The curators of the Biennial seem to be arguing for a serious look at the practice of text-making, that the production, circulation, and look of texts have undergone as much expansion in the past few years as the visual object. Indeed, they are treating some texts as visual objects, and commissioning participants to produce texts or publishing platforms as part of the Biennial.

The Art Institute’s Michelle Grabner, one of the three Biennial curators, selected Critical Practices Inc., Alex Jovanovich (known as both a painter and writer), and the late David Foster Wallace. She insists, though, that she wasn’t interested in them in order to redefine what materials are included in exhibitions, but for those artists’ “rather traditional relationships of form and ideas.” 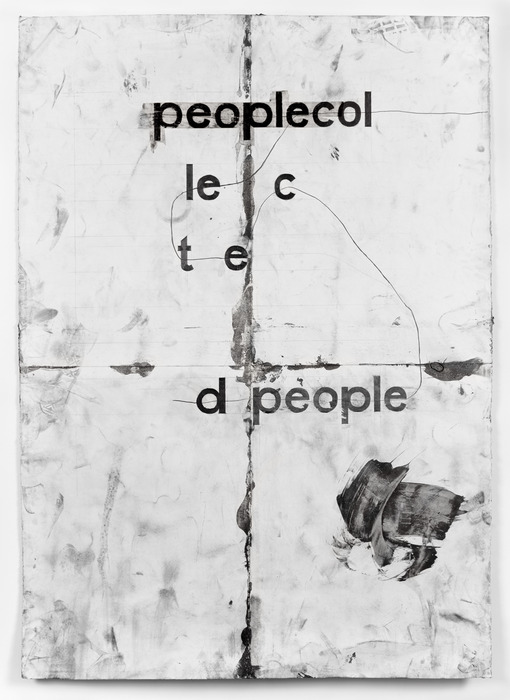 Another of the Biennial curators, Stuart Comer of MoMA, invited the publishing house Semiotext(e)—known for publishing Chris Kraus, and The Invisible Committee’s The Coming Insurrection—and the online magazine Triple Canopy to create projects.

Triple Canopy has created a unique space for itself within both online publishing—with its dictum to “slow down the internet”—and within exhibition practice. Editor Alexander Provan sees their magazine editions “not as a number of pages bound together and distributed by mail, but as a framework for diverse publishing activities that occur online, in print, in exhibition spaces, and so on.” Last year, the editors created a "School" as part of MoMA’s EXPO 1, inviting a broad range of theorists and cultural workers to comment on the future. Earlier that year, they collaborated with artist B Wurtz on a physical exhibition at Bureau gallery linked to a piece in the magazine.

For their Biennial project, Triple Canopy will present select objects dealing with reproduction, drawn from the Whitney’s Garbisch collection of 18th and 19th century American paintings, and copies of other works. A series of written pieces, performances, and discussions accompany the installation, all part of one “issue” of the magazine. They draw a clear line between their work and curating, careful that they are “never providing (cheaper) content to a large-scale institution by accepting the delegation of curatorial labor.” By maintaining the integrity of the magazine and its work, their practice is closer, in practical terms, to artists.

Grabner, in “response” to Comer’s selection of Semiotext(e), selected Critical Practices, Inc. Founded by curator and critic Saul Ostrow, CPI creates salons for a small group of invited participants. This classic mode of discussion and idea circulation appealed to Grabner because it takes “a very different path than the ultra trendy independent press."

CPI’s contribution to the Whitney will be a conversation series linked to a small-run set of publications. The conversations, in keeping with CPI’s practice, are invitation only; their website makes a point to say that “transcriptions are made available to the participants and will not be posted to any website.” Similarly, the publications will not follow any mainstream distribution routes—there is a news stand in the lobby of the Whitney, and the editions will be circulated in other venues around the city, their locations announced through social media.

Perhaps the most buzzed-about selection in the Biennial is David Foster Wallace, the central, tragic figure of American letters of the last two decades. Grabner treats Wallace’s notebooks for the novel The Pale King, published in incomplete form in 2011 after his suicide, as “equivalent to artists’ sketchbooks.”

But Grabner’s take on Wallace is different from the many obituaries and laudatory tributes to him since his suicide in 2008; she argues that “as a culture we did a great disservice by placing a 'genius' crown on his head. It was his humanism that made him a powerful artist, not his celebrity.”

An emphasis on humanism and the humanities undergirds the curators’ selections. They have avoided marquee names and obvious choices, and included many paintings and traditional practices. Their text selections do more than examine the relation between text and image—other exhibitions have done that. Rather, they re-focus our attention, in the age of the internet, on its fundamental qualities, arguing for its centrality in an art discourse.

The Awkwardness of Averageness: Raymond Pettibon’s American Sickness Raymond Pettibon
5/26/15
COMMENTS (0)
ArtSlant has shutdown. The website is currently running in a view-only mode to allow archiving of the content.