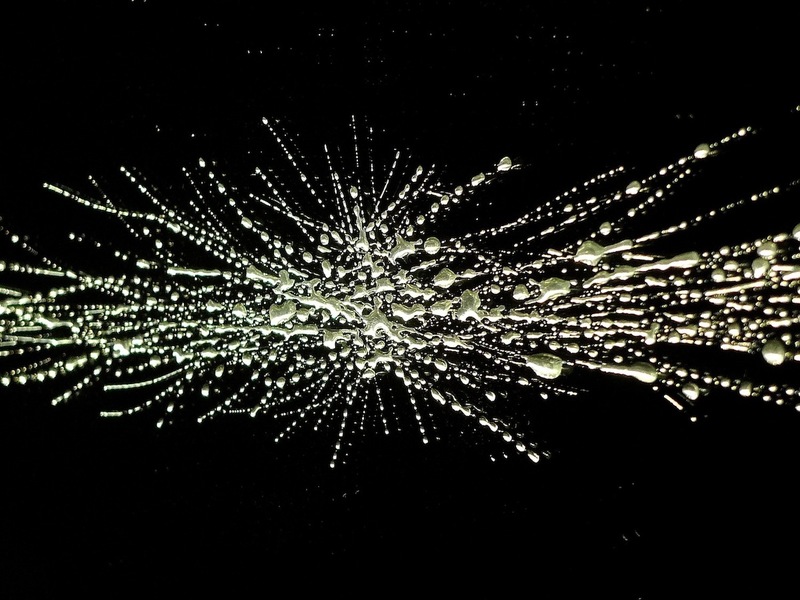 Artslant Street got the chance to sit down with Fountain Art Fair director and resident badass, Elizabeth Tully. Armed with her tool belt and an iPhone, Tully is the creamy center of Fountain’s production cookie. Working between founders Johnny Leo and David Kesting, Tully packs a bark just as big as her bite and the result has been five years in the drivers seat of the critically acclaimed alternative art fair. Celebrated as one of the leading satellite exhibition spaces for the emerging artist, Fountain opens its doors this Thursday March 7th for it’s eighth season of exhibition during New York City’s Armory Arts Week [March 7-9, 2014].

Allyson Parker: How long have you been with Fountain?

Elizabeth Tully: My first Fountain was NYC in March 2009.

AP: How did you first get involved?

ET: I had an internship with co-founders Johnny Leo and David Kesting at their gallery and they asked me to come help out at Fountain one weekend. It was insane. We were rocking on this barge out in the Hudson River in the dead of winter, but people came and packed it in and we had such an amazing weekend. I've been with them ever since. 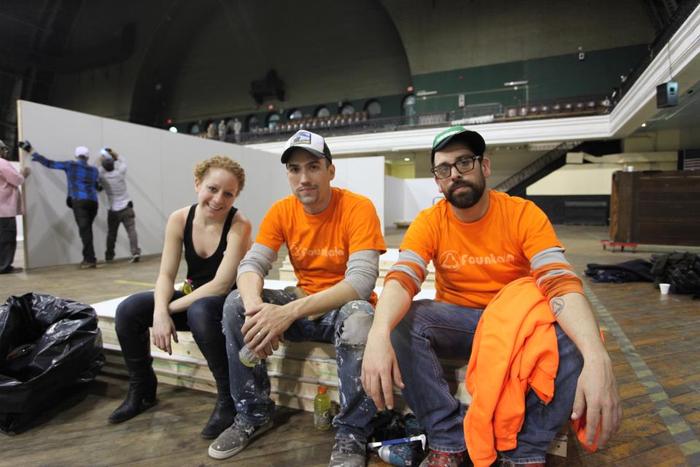 AP: What's the criteria for accepting artists/galleries to exhibit?

ET: We aim to present a multi-layered slice of the scenes that inspire us year-round. It's important to us that we work with exhibitors who have a broad range of price points, so we can give both emerging and established collectors the opportunity to bring something incredible home with them. We also like to feature installations that are not necessarily commercial, rather, they're a chance for visitors to have fun and connect with art in a temporary, sensory-focused way.

AP: How many galleries are involved? What would you say is the common thread amongst them?

ET: We've had close to eighty exhibitors for the past three years in New York, since we made the move to the 69th Regiment Armory. We work with a very wide range of artists and dealers. Some are artists looking to gain exposure, some are established galleries reconnecting with their collectors. I think the one thing that ties them all together is the desire to take part in a positive, community experience. There's a strong spirit of camaraderie. 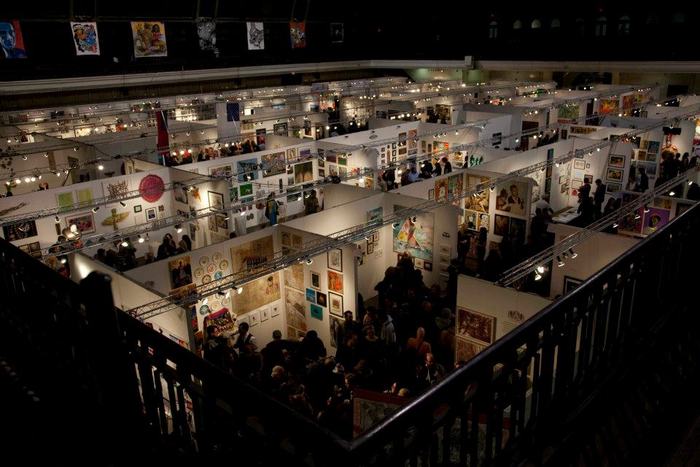 AP: How does the experience at Fountain differ from other fairs?

ET: I think the mix of exciting programming and an eclectic mix of exhibitors creates a vibe that feels organic and fun. We strive to be an engaging entry point for emerging collectors and artists alike. Our goal is to foster an environment where visitors can relax and connect with the art.

AP: What is your role specifically?

ET: As Director, I'm overseeing the entire production, from our exhibitors to our team to our featured programming and special events. There are a lot of elements that need to come together in order to execute a successful show. I'm lucky to have the support of Fountain co-founders Johnny Leo and David Kesting, and an incredible team of friends who have been working alongside us for months. 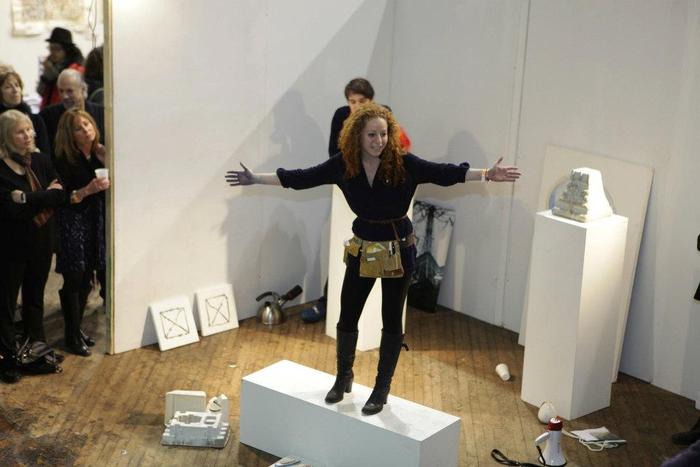 AP: How long does it take to put together a show of this magnitude?

ET: We've been planning in some form all year since we closed the 2013 NYC exhibition.

AP: What do your commitments look like during the rest of the year before Armory Week?

ET: In the spring and summer, we were involved on a local level with the Wagmag Benefit and Bushwick Open Studios. We launched a support campaign to provide one BOS artist with a featured exhibition space, which was granted to Christopher Stout, founder of Bushwick Art Crit group. The Governer's Ball Music Festival gave us an amazing opportunity to showcase our friends En Masse from Montreal in June, which was a first for us. We also returned to Chicago this past September, following a five year hiatus. Choosing to forgo a show during Art Basel Miami Beach was a difficult decision, but it's allowed us to focus our energy on expanding programming here in our hometown.

AP: What can we expect to see this year at Fountain?

ET: We're excited to introduce some feature programming, including OF LANDSCAPE., an interactive media installation produced by Parker Projekts and curated by Andrea Wolf of Brooklyn's REVERSE space, as well as daily panel discussions with leading voices in various arenas of art in public space. The Wicker Park Bocce Club will also make its New York debut hosting a three-day tournament in their lounge. Weekend-long performance programming curated by Analog/Analogue in cooperation with Grace Exhibition Space will take place throughout the space. Our street installation also returns with some new faces and old favorites, curated by Mighty Tanaka's Alex Emmart.

AP: Has Fountain exhibited in other cities?

ET: We've travelled to Chicago in 2007 and 2013, and Los Angeles in 2011. We are in the midst of plans to return to Chicago this September, as well as produce our eighth exhibition at Art Basel Miami Beach in December.

AP: How do you see Fountain developing in the future? How has it evolved already?

ET: Fountain began in 2006 with three galleries exhibiting across the West Side Highway from the Armory Show. After taking over the Frying Pan for a few years and finding a home in Miami, we were able to take some risks and explore new cities and new venues. Moving into 26,000 sq feet at the Armory in 2012 was a wonderful opportunity to grow our program. Being able to work in Chicago this past September and have so many people there get behind us was great. In the future, it would be amazing to expand internationally. Ideally, I'd like to see us rotate one city each year. It's exciting to know that we can take it on the road and continue to reach new audiences. 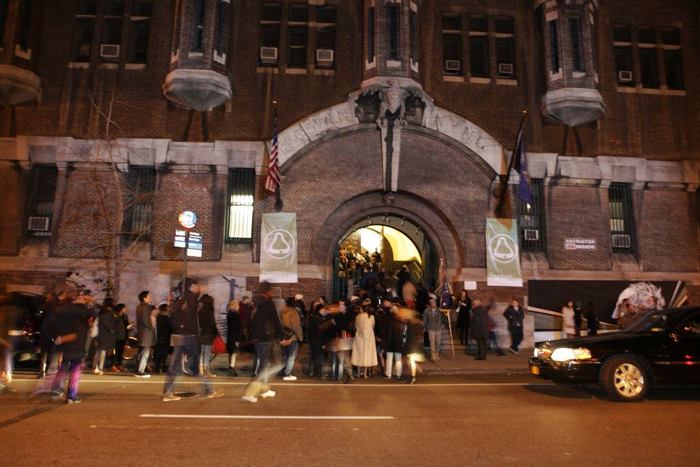 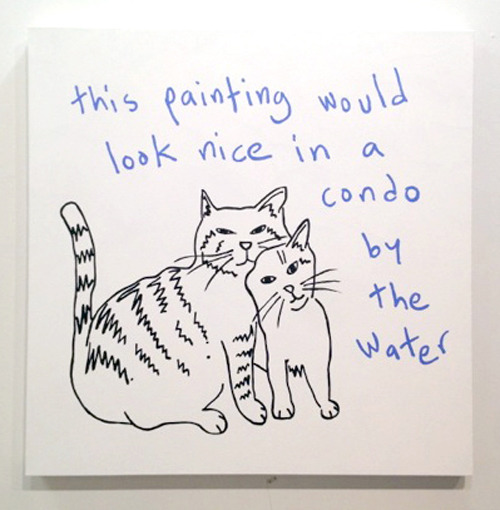 Courtesy of Calico, at Fountain. 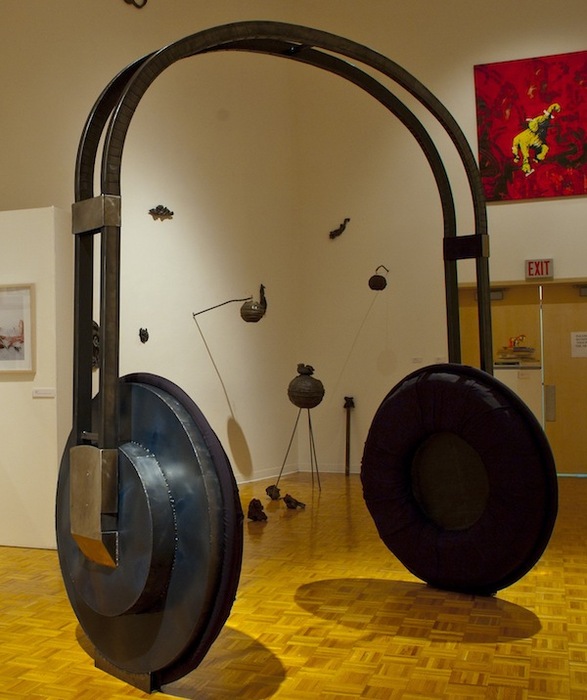 Courtesy of KiloWatt Gallery, at Fountain. 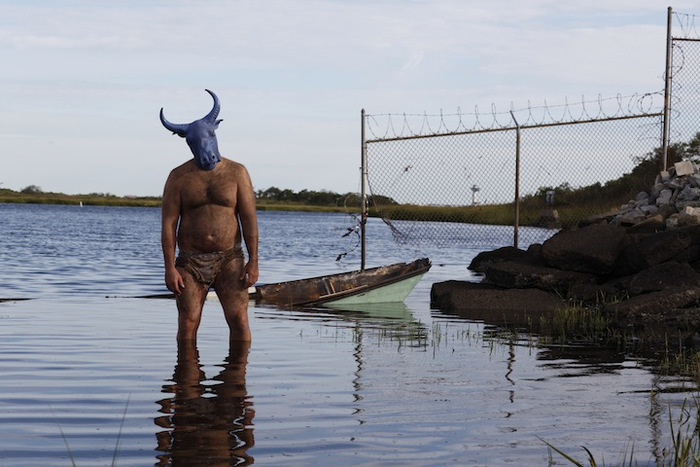 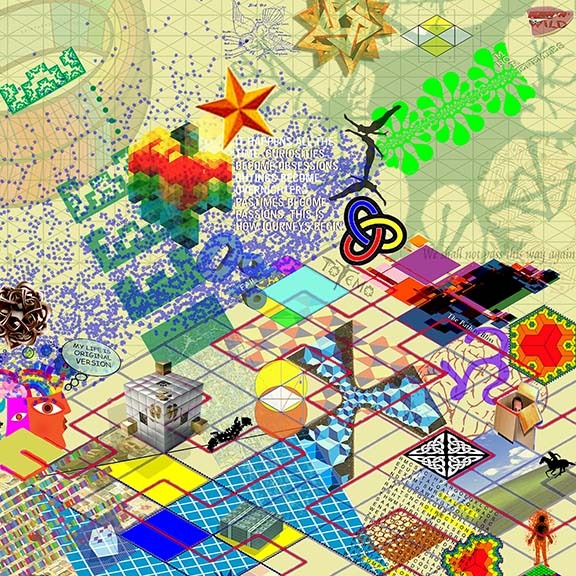 Courtesy of 5 Star Collective, at Fountain.

Weird guys with severed heads: an interview with PANG
8/19/14

Psychedelic-Politic: An Interview with Abby Martin
8/12/14

Objects in Motion: An Interview with RUN
8/7/14
COMMENTS (0)
ArtSlant has shutdown. The website is currently running in a view-only mode to allow archiving of the content.