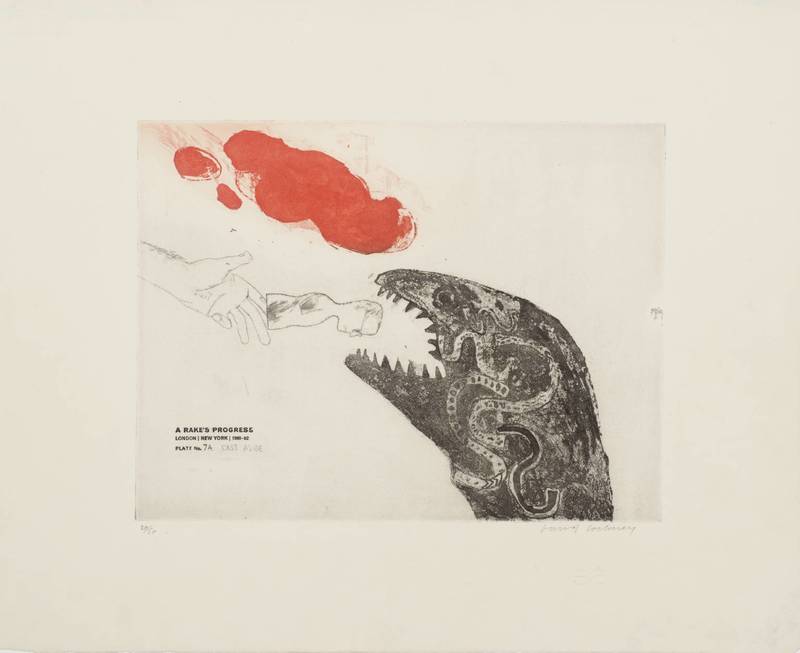 I am 23 Years Old and I Wear Glasses

Let us imagine that we were to hold a costume party where the theme was “artists” – you would undoubtedly get a high volume of Dalis and Frida Kahlos and bald-cap Picassos, yes, but I’d say it was a fairly certain bet that you’d get at least three David Hockneys to boot. What I mean is that Hockney – with his distinctive appearance – is so much a part of the cultural furniture that we can expect to see Hockney-styled shoots in, say, Vogue Hommes International once every year at the very least; in his etchings and sketches, he need include only a few sparse lines for us to recognise his likeness therein.

In the queue for David Hockney: Printmaker at the Dulwich Picture Gallery I saw a boy of about five or six in a cardboard bow-tie of his own creation, and a child-sized tweed suit; another smaller boy pointed to the three or four abstract outline sketches for a diving figure which featured in the show and exclaimed, “That’s a person swimming!” Hockney’s grasp of palette and movement is broad in the way that child’s unruined perception of the world is broad, at times. It is colour and vision as feeling, as instinct and pure life-force energy. 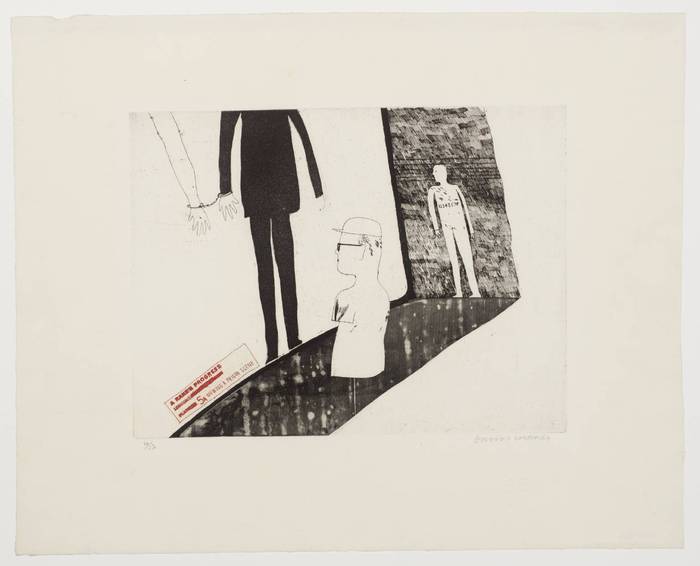 A series of early etchings in which the artist depicts himself as the star of a modern Rake’s Progress is a marvellous stand-out, the bespectacled figure lurking in the doorways of blonde-fetish gay bars and spending his money in New York City,  first hopeful, then destitute, then desolate. In the dry and funny (and even earlier, chronological) Myself and My Heroes, Hockney depicts himself standing alongside Gandhi and Walt Whitman. These two giants of influence have their most famous quotes etched beside them; the artist himself – upon realising that, in his early twenties, he hasn’t yet left enough of a mark on the landscape to be quoted – has to settle for simplicity. “I am 23 years old,” the Hockney figure says plainly, “and I wear glasses.”

(This was in 1961 – later in his career, he would have had any number of witty bons mots to place in its stead, should he choose to update it. “The moment you cheat for the sake of beauty, you know you're an artist,” for instance, or, “A belief is like a guillotine – just as heavy, and just as light.”) 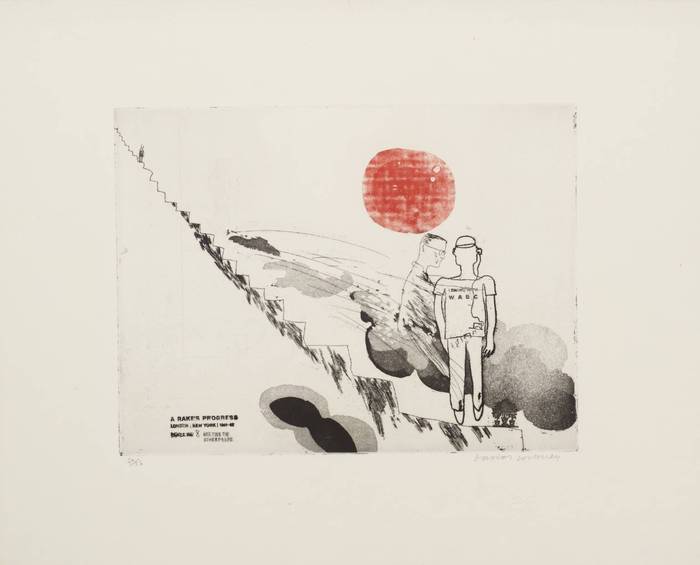 The character sketches of friends suggest a kind of eternal art school of the soul – that fertile period of languorous experimentation, where each of you stands in as the other’s muse for a few bohemian, lazy years (excepting, of course, the fact that we aren’t the close and personal friends of Celia Birtwell or Ossie Clark, or any of the other creative luminaries which Hockney draws here). There is a feeling of wonderment in this art school mentality, somehow, which is hard to define; as with the colour and the motion, it is an almost childlike attitude which believes in the newness of it all – in the importance of the people one meets on the journey, and the real creative possibilities of a future which stretches into tomorrow.