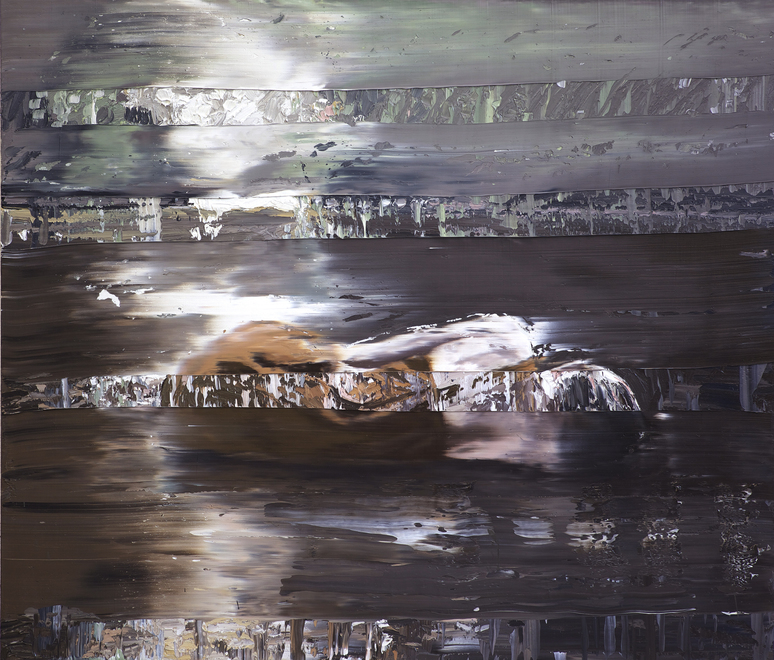 Andy Denzler’s paintings might be best described as figurations abstracted by multiple techniques. The Swiss artist paints, repaints, scrapes off, then repaints the same subjects again. Nineteen of these rigorously worked canvases make up Denzler’s current solo show, “Between the Fragments,” his third with Claire Oliver.

Andy Denzler’s painterly process is central to his artistic practice. Working in stages, Denzler first marks off an outline of his subject with sketchy brush strokes, which he then overpaints with a rather straightforward depiction of same. The third layer is a thick impasto that directly relates to the under-painting both in placement and color. It is in this final "fat" layer of paint that one can see the artist’s individual color selections, which are quite informative. His flesh tones in particular are numerous and variously warm and cool. His style shares something with pointillism or impressionism insofar as Denzler’s colors are more or less separate, even though there is some inevitable mixing that naturally occurs during the application. 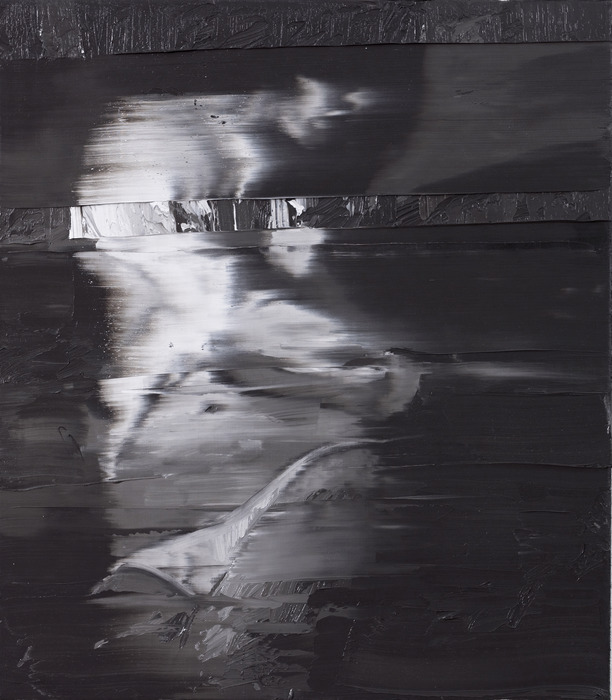 The painted surface of each canvas varies. Some are so thin that the texture of the canvas is visible; others are as thick as icing on cake. In certain areas of the more thickly applied paint the artist makes a smearing blend in a vertical motion. After the uneven, uppermost surface blends are completed, Denzler takes great risk by making deliberate and invasive sweeps across the painted surface from side to side leaving only a few select bands untouched. In the end, the artist is left with an "out-of-focus" Gerhard Richter's Baader Meinhof-esque painting—if you look past the untouched bands. Finally, Denzler goes back in with paint – or works with what remains still on the canvas – to clarify salient features in the figures.

These works are among Denzler’s most successful. In earlier examples the much needed edgy uneasiness of these works was absent. The previous works were too predictable, simple in narrative and overly decorative. The level of abstraction in these new works is far more intriguing, especially in paintings such as Ophelia V (2013) and Devotion (2013) where the subject becomes secondary to what the technique brings forth.

As narrative objects, Denzler’s paintings offer tension and anxiety. In The Jury and the Saints (2013), a lone woman finds herself in very uncomfortable situation between two threatening men. Cora II (2013) portrays the female subject as sexually oriented and authoritative as she lures the prey that is presumably just outside the picture plane. 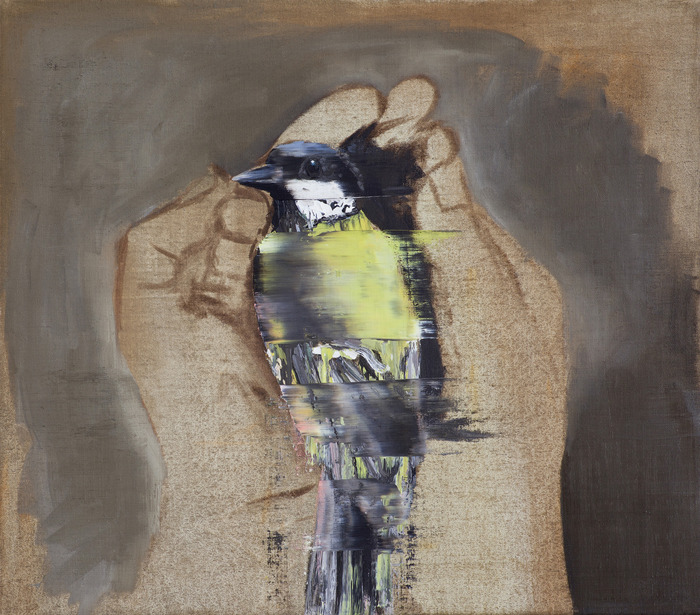 Though Denzler’s best works are his simple portraits, the standout painting is Protection (2013). Protection appears to be about a wounded or sick bird that is carefully cradled in someone’s hands. Here, the artist leaves a good bit of the actual canvas and sketchy under-painting exposed. The degrees of refinement and finish are mixed effectively. And Denzler’s combinations of heavily painted bands and scraped smears is impactful and memorable. Of the portraits, Confidential (2013) is particularly compelling. Like Protection, the combination of the finished and the unfinished, with the added near total obliteration of the lower half of the face, makes for a most compelling representation of the mental state of this subject as it leaves a lot to the imagination of the viewer.