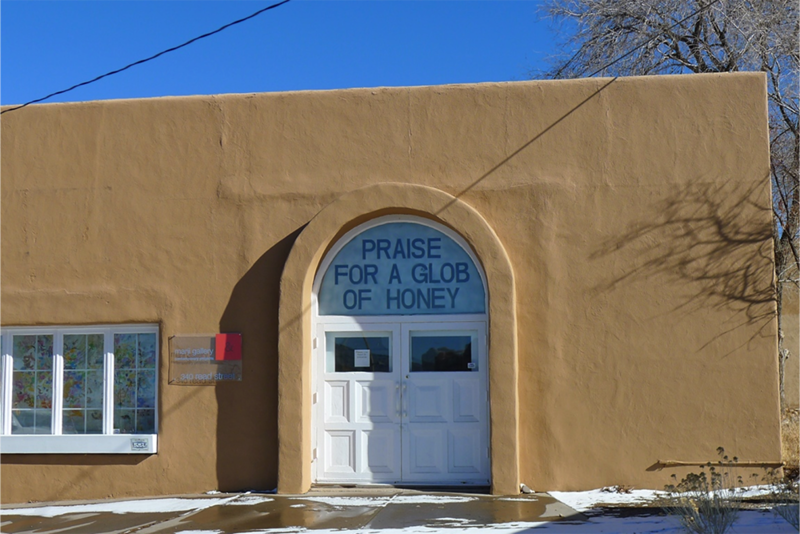 Rooted to the Landscape, Commited to the Community: Santa Fe in 2013

Art is felt to be Santa Fe’s lifeblood, both in terms of economic prosperity and in the more abstract sense of cultural capital. Thus, visual creations creep their way onto every available surface, and this is part of the city’s charm: art is not restricted to the gallery and the museum. In the City Different, hit exhibitions take place in widely varying venues, from restaurants and cafes to makeshift studios and auto mechanic garages; visual expression just runs that deep. There is a dark side to dependence on art-driven tourism, however, and it is evident in the ongoing epidemic of repetitive, unimaginative kitsch that panders Southwestern landscapes to wealthy tourists. Basically, if you are in the market for tritely expressive splatterings of paint or banal bronze statuary, we’ve got you covered.

Despite the bustle of proffering the (visiting) people what they’ll pay for, there are energies at work focused instead on giving the people something to care about: visual arts that are inquisitive and fresh, critical and enduring. A theme common to many of the most exciting and potent creative endeavors in Santa Fe is sincere connectedness to place and commitment to reaching out to and invigorating local community. This particularly Santa Fean inclusiveness and rootedness was evident throughout 2013 and deserves highlighting.

Though SITE Santa Fe has been on hiatus from hosting its signature Biennial since 2010, this year the institution announced SITElines: New Perspectives on Art of the Americas, a six-year series of biennials scheduled for 2014, 2016 and 2018. The series will be linked by a geographic focus on contemporary art of the Americas from “Tierra del Fuego to Nunavut,” situating Santa Fe as a nexus from which participants and viewers can explore the layers of history and culture embedded throughout the New World. SITElines: Unsettled Landscapes is scheduled to open July 2014 and will focus on themes of landscape, territory and trade as conditions that inform contemporary artists across North, Central and South America.

In addition to the announced biennials, SITE has expanded its year-round programming with more regular full-scale exhibitions, and launched a new series of short-run, experimental exhibits termed SITElabs this summer. These small scale projects will remain open between exhibits when the rest of SITE is undergoing installation, and will offer opportunities for interdisciplinary exploration and increased community involvement, such as the current SITElab 4, in which photographer Will Wilson has collaborated with students from the New Mexico School for the Arts.

SITE’s upcoming exhibition, Feast: Radical Hospitality in Contemporary Art, will open February 1, 2014, and will contemplate sharing food and drink as an artistic medium by surveying the history of artist-orchestrated meals. 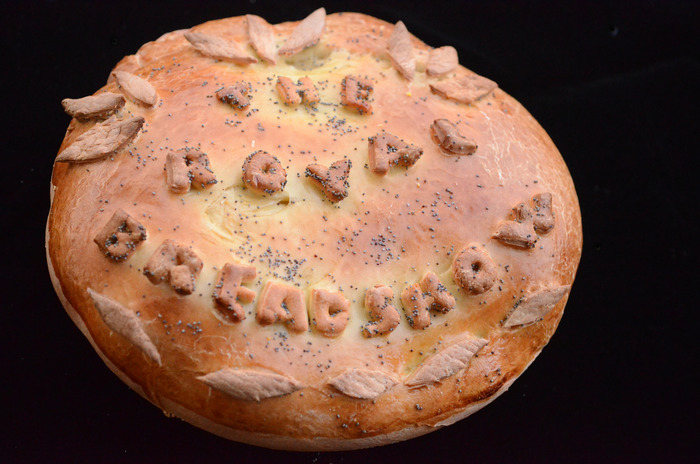 SPREAD, a community dinner orchestrated by SITE, has become a much anticipated event each year. During the course of the evening, a juried selection of New Mexico-based artists present projects and creative endeavors. The diners then vote and the funds generated by ticket sales and donations become a microgrant for the winning proposal. The straightforward and endearingly community-minded affair has resulted in innovative projects. SPREAD 3.0 winner Cut + Paste Society received the microgrant for Snow Poems, a city-wide installation of sixty poems frosted onto windows of buildings throughout the city, helping to carry the city through the Winter in early 2013. Written by diverse locals, including school children, the temporary visual poetry bedecking city windows is an example of the impulse to create and beautify that transcends the backdrop of traditional exhibition space. A postcard book capturing images of the project is now available at Collected Works Bookstore.

In the fall, the SPREAD 4.0 microgrant was awarded to The Royal Breadshow, another community-wide participatory project initiated by Matthew Chase-Daniel and Jerry Wellman, artists and co-owners of Axle Contemporary. In an unusual act of art distribution, small porcelain sculptures created by local artists will be baked into loaves of bread at various Santa Fe bakeries. According to the folk tradition, whomever finds the sculpture in their serving is “royalty” for the moment and is a small cause for celebration. Proceeds from the bread sales, scheduled for May 2014 in conjunction with a gallery exhibition, will be split between the bakeries, gallery, and organizations that feed the hungry.

Although 2013 mourned the closing of Caldera Gallery, the artist-run exhibition space created by the duo SCUBA, the two artists—Crockett Bodelson and Sandra Wang—launched the exhibition Rare Earth at Red Dot Gallery this past summer. The artists began with a road trip collecting earth samples from every county in New Mexico, thirty-three in total. The two then put out a call for artists to create artworks with each dirt sample, with the stipulation that each work must fit inside a jar. With sixty-six artists participating, the various colors and textures were transformed into miniature landscapes, sometimes personalized, sometimes esoteric, but with a centralizing thread of connection to earth and place.

Santa Fe is in a unique position as a center of arts and culture on a rather smaller scale than most similar arts destinations. The accessibility of a small city of less than 70,000 opens up the creative industry to include and encompass not only the demands of tourism, but also to support local artists and art-viewers with a real investment in Santa Fe’s legacy of creativity. These events and many others in 2013 embodied the real potential for contemporary innovation for this ancient town.