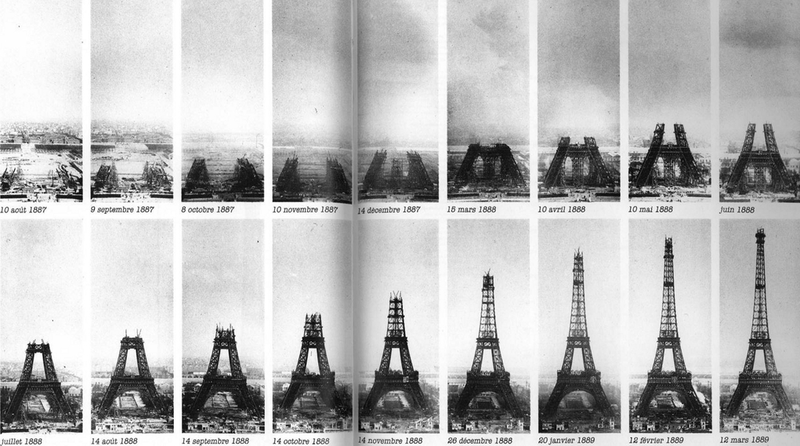 Seeking to postpone stock experiences and squeeze them all into our few days together, I avoided visiting the Tower until my mother arrived. We didn’t eat macarons at Ladurée, we didn’t get hot chocolate at Café de Flore, we didn’t jostle for selfies with La Joconde, but we went to the Tower. The visit itself is a symbolic gesture, because the symbol literally haunts no matter where you are in the world. Those curving lines, stretching skyward like a bit of pinched and pulled-up landscape, are waiting everywhere. The Tower’s lines glow from a smartphone screen as a spectacularly boring person’s Twitter avatar. They spike through the trees on a private estate somewhere in the Romanian countryside. They glimmer at you during lunch, rhinestoned violently onto an iPhone case at a strip mall kiosk manned by a bored girl drooped over a stool.

Once you reach the base and have technically visited, you immediately have to jog a few hundred meters to actually get to the very thing worth coming for: a picture, the concluding evidence that the French won the late 19th century trans-Atlantic potlatch. The Eiffel Tower gives again and again.

Hollow-bodied and thin-skinned (only 2mm thick and pieced together), the Statue of Liberty is not for you. Frédéric Auguste Bartholdi needed Eiffel to make the the thing even stand. It’s a foisted-off, recycled design rejected by the Egyptians, anyway. 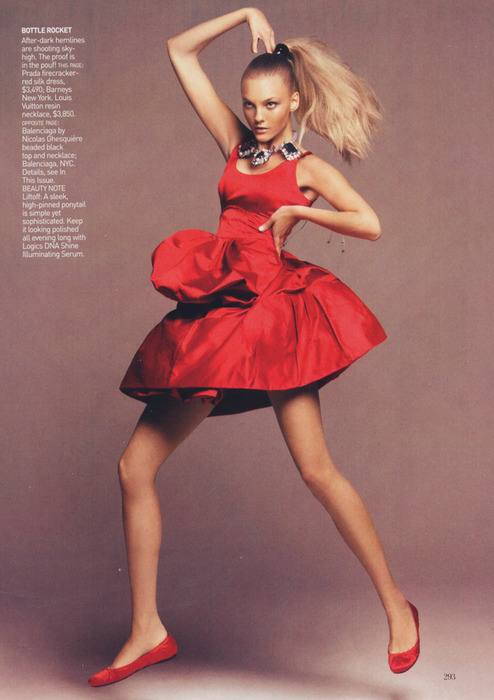 Vogue, October 2006; Courtesy of the author

The word effortless is another rather airy structure. I would say it’s a hollow word, as certain words have insides and outsides. Not this one. Airiness has its credentials as the most pat descriptor of personal style. Yet it is to be taken, unequivocally, as a compliment. Being told you look effortless is your reward for being thoughtful about your clothes without betraying thoughtfulness, effacing the labor of pretty (or cool, or chic, or whatever). In high school, the losery girl is the one who ‘tries too hard.’ It isn’t the trying itself that’s so bad, it’s the unsightliness of trying, the appearance of work. Effortless has taken the extra step of masking its own effort, which makes ‘effortlessness’ nothing more than an aesthetic. Modern design at large characterized by flaunting its functions while disguising its processes. An iPad is so designed up its ass, it looks matter of fact. Every thinking person’s apartment is full of cantilevered wood and seamless acrylic things that stream porn and call mom once in a while.

The paradox of the Tower—perhaps ‘design’ as a whole—is that lines and abstract calculations are made manifest. Every link and rivet was so well planned ahead—the plans look messier than the Tower itself—its construction resembled something like growth: organic and inevitable. 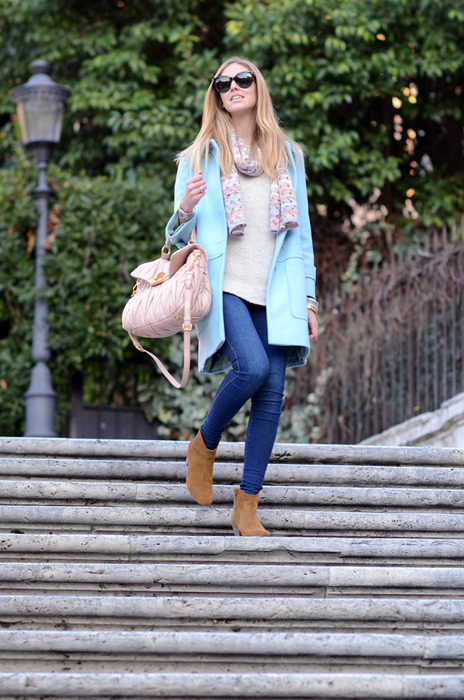 From the Fashion Blog 'The Blonde Salad'.

In explaining how modern engineering necessarily snubs the marks of labor, art historian Darcy Grigsby incidentally touches on something more intimately corporeal. 'Geometry,' she explains, 'typically excludes the notion of matter, despite the fundamental relation it bears to bodies in space.' The same might be said, obliquely, of a fashion image, perhaps even more so of its colloquial kid-sisters: the outfit post, the street-style shot, the #ootd… Images which ostensibly instruct, in more or less pect ways, on how to dress, without taking into consideration matters of matter: your needs, your quotidian obligations, your body size and shape. But the accretion of these images eventually shapes real world behaviors: they teach you how to dress. 'Surfaces,' Grigsby goes on to say, 'in and of themselves, are not self-supporting.' But they don’t need to be, because ideas literally have no weight. Plaster enough surfaces with models suspended midair in a white seamless ur-scape, and this too, looks inevitable.

Inside the Statue of Liberty is a skeleton of Eiffel’s hours at the drawing board. All that hard work on paper disappeared on the final product, and we are left marveling at sculptor Bartholdi’s neato statue. The Tower is a picture of its own idea. A drawing projected onto physical space, coolly eschewing the marks of labor, and literally shedding labor with every step it neared completion. Picture Eiffel doling out pink slips to workers as they made their way down, until there was only one left, who, after inching the topmost rod this way and that, like a Christmas ornament, crawled down alone. Nothing left to clean up but his lunch wrapper.

What I do know about an outfit photo is just as likely as not, the cute designer bag bouncing on her hip is empty.

(Image on top: Progression of the Eiffel Tower.)

How to Exhibit and Collect Design
4/15/15
COMMENTS (0)
ArtSlant has shutdown. The website is currently running in a view-only mode to allow archiving of the content.