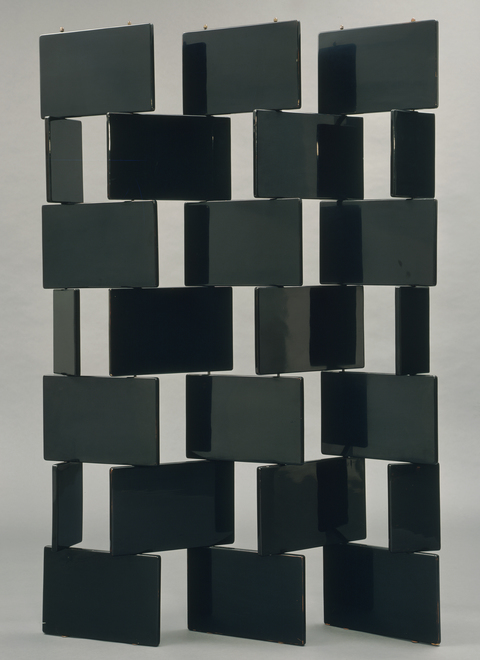 Three flat-bottomed brown paper bags, so simple, you could easily pass them by, stand dead center in the Kitchen Transformations section of the Designing Modern Women 1890-1990 exhibit at MoMA. On the adjacent label there are two names, Margaret E. Knight, the woman who patented the machine that made the bags in the 1870s-1880s, and Charles B. Stilwell, who, according to Juliet Kinchin, organizer of the exhibit and curator in the Department of Architecture and Design, made “subtle modifications” to the design.

Labels play an important role in this show, sorting out the often messy and complicated picture of design, going beyond what Kinchin calls, the “modernist and quite macho legacy” to reveal, in the process, how collaborative design actually is—involving multiple designers, husband and wife teams, and relations with clients, manufacturers and retailers. The focus on women is an opportunity to look at the overlooked.

The overlooked and the not-quite overlooked, too. Playing on the ambiguity of the show’s title, Designing instead of Designer, the show addresses design by, for, and about women. Following a chronological format, it opens in the 1890s when women were studying for the first time at progressive art schools in Glasgow and Vienna and when women were beginning to participate in new educational movements like the Montessori system. Although women were still barred from the architecture profession in many countries, women often designed kitchens and interiors for their male employers. 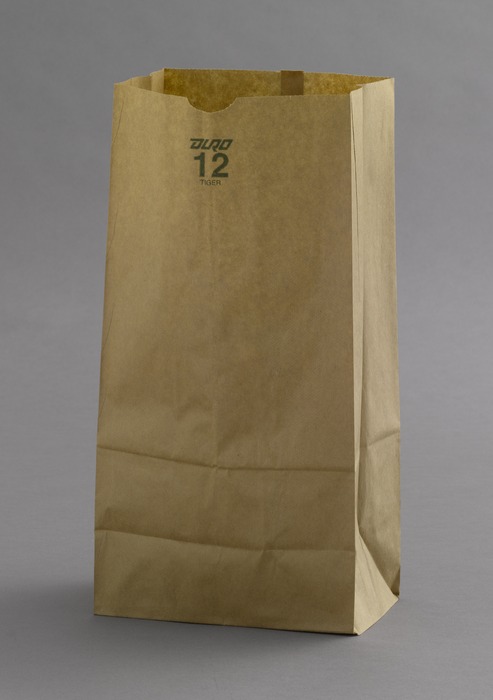 Opening the exhibit are two lithographs for an international competition, jointly submitted by the husband and wife team, Charles Rennie Mackintosh and Margaret Macdonald in 1902. It is impossible to know what each contributed to the project, although in a letter Mackintosh acknowledged his wife’s gifts, writing, “Margaret has genius. I have only talent.” Aiding their collaborative success was Kate Cranston, a client who ran tea rooms in Glasgow. Committed to creating chic modern spaces, Cranston advanced the careers of Mackintosh, Macdonald, and several female designers.

Two remarkable designs by Eileen Gray (British, born Ireland. 1879-1976), a screen of lacquered wood and metal rods from 1922 and an adjustable table of chrome-plated tubular steel, sheet steel, and glass from 1927, speak to women’s experimentation with modernist materials—metal and glass.

A revolving red armchair from 1928, in chrome-plated steel and leather, is attributed to Charlotte Perriand, Le Corbusier (Charles-Edouard Jeanneret) and Pierre Jeanneret. Le Corbusier chose not to hire her at first, dismissing her drawings with the remark, “We don’t embroider cushions here.” Subsequently, after seeing her glass and chrome pieces, he offered her a job in furniture design, where she was later in charge of their interiors work.

Closing out the early period, is a reconstruction of the architect Philip Johnson’s apartment, near MoMA on 52nd Street. On the metal-framed bed is a silk spread by Lilly Reich, the designer who was instrumental in bringing the Mies Van der Rohe archive to MoMA. Reconstructing the bedroom around the spread, curator Kinchin and curatorial assistant Luke Baker relied on vintage photographs to recreate the pristine space, incorporating a chromed tubular steel-framed bed by Alfred Roth and Le Corbusier and a Mies Van Der Rohe steel and glass coffee table that resembled pieces in Johnson’s apartment. Dark, flowing curtains, with the fabric playing an architectural role in the space, are a reminder to viewers that Reich, Perriand and many other females entered design through their textile sensibility. Added to the mix are two abstract designs for wall hangings by Anni Albers, an artist whose career Philip Johnson advanced. “It slightly tweaks Philip Johnson’s misogynous reputation,” Kinchin said, wryly.

Designing modern women’s shape and their identity is the focus of the Representing the New Woman poster section of the exhibit, on display until late March when it will be replaced by graphic works on women and war. The newly emancipated, more physically mobile, consuming new woman is seen on her blue bike in a lithograph by William Bradley for Viktor Bicycles (1895) and on the theater phone in a graphic by Jules Cheret for Theatrophone (1890). There’s a poster by the Czech designer Alphonse Mucha for a performance of Medea by the ultimate femme fatale, actress Sarah Bernhardt. Only one of the works here is by a woman, The Struggle for the Polytechnical School is the Struggle for the Five-Year Plan, a 1931 lithograph by Elizabeta Ignatovich. Grainy, black-and-white with a band of red, its focus is on the physical: the clamp in the woman’s strong hands.

What follows is Kitchen Transformations 1920-1950, where a highlight is a careful reconstruction of the 1952 kitchen designed by Charlotte Perriand for Le Corbusier’s Unité d’Habitation building in Marseille. The meticulous restoration involved cutting away layers of paint to find the original colors. The kitchen features space-saving sliding cabinet doors, pegs for hanging pots, and a pass-through from the kitchen to the dining area.

After Kitchen Transformations, the Humanizing Modernism 1940-1960 section does not seem to hold together and is something of a disappointment. There’s the familiar molded plywood Three-legged Side Chair (c. 1944) and the Child’s chair (c. 1944), credited in this show to both Charles Eames and Ray Eames. There’s the iconic Slinky (1945) credited to Richard James and Betty James. But the arc of women’s design history is less clear here.

Pop and Plastic 1960s, which follows, is somewhat stronger, including Bonnie Maclean’s concert graphics for the Fillmore Auditorium and newly purchased inflatable plastic toys by the Czech artist, Libuse Niklova—a buffalo, an elephant, and a giraffe—reflecting an effort on MoMA’s part, to expand their collection globally. 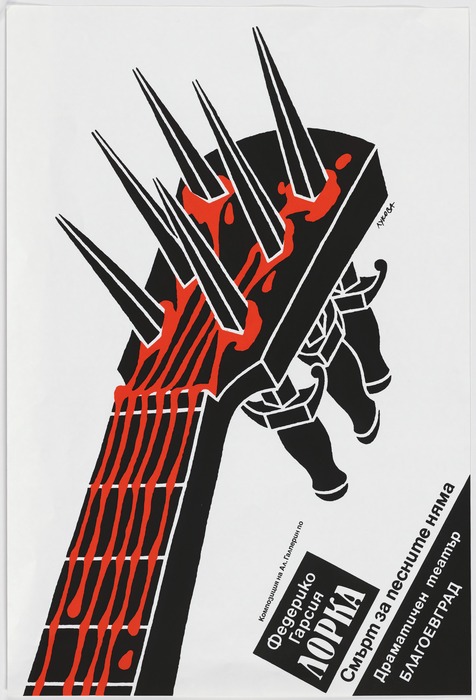 The conclusion of the exhibit, Punk to Postmodernism 1970-1990, hangs on the back wall. There’s a brilliant heavy metal poster from 1987 by Luba Lukova: “There is No Death for the Songs” and a Roberta Bayley cover shot of the Ramones for their debut album. There’s a poster for Cramps, a female band. All are brilliantly hung in juxtaposition to display cases which house exquisite studio craft work and studio textiles by women. Proof positive that these things can co-exist and that you can’t pin women down.

Sprawling Group Shows Deny Black Revolutionary Artists the Space and Time They Deserve
8/24/17
COMMENTS (1)
Educational and inspiring
I have never heard of Margaret Knight - I had no idea women in the 19th Century had that level of relative freedom. I love the idea of Punk to Postmodernism and the juxtaposition of two different sides of feminist expression. I think sometimes we forget that fine work of any sort is a skill, not a weakness. Feminism is a tricky mistress, so to speak. - Brett Cravaliat
Comment by: SPAM BrettCravaliat on Tuesday 01/14/14 at 2:09 AM
ArtSlant has shutdown. The website is currently running in a view-only mode to allow archiving of the content.