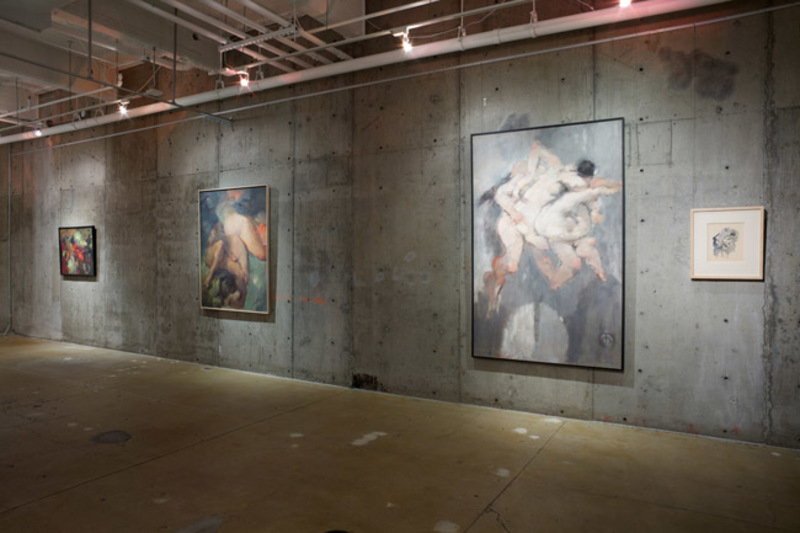 2013, that futuristic date, has already been replaced by another and so far it appears that no apocalypse accompanied it. (Thirteen years after Y2K do survivalists and world-enders still clutch their rifles and check their supplies every December 31st? Probably.) Though the world is not over, the year certainly is. To properly bury 2013, we need an epitaph, a eulogy, a blurb.

So we’ve plucked a few of our favorite words from our two favorite Bay Area writers, Christina Catherine Martinez and Kara Q. Smith, as a benediction for last year’s corpse and a baptism for next year’s future.

Occupying the center, bellies hold babies, beer, guts (literal and proverbial), and intestines. They are a measure of our earthly life yet seem to take on a life of their own: ballooning, billowing, expanding, bloating, giving new shape to our bodies at any given time. In the work of Dorothea Tanning, the stomach is beautiful, sexual, and enchanting.

If the New York Public Library’s circulating picture library were constructed according to the popular tastes of the denizens of Instagram, then there would only be three folders:

The wryness of mounting The Picture Collection as Taryn Simon’s first exhibition in San Francisco, where every element of culture is suffixed by “and tech”, is not lost. Her pictures show that the systems may have been simpler, but no more transparent, and not necessarily better at getting the user what they wanted. There is something almost homey about the apparent shortcomings of the little archive, tucked away contented folders of finite information. It’s made that much more apparent that people are the noise, and as long as there is noise, there is humanity. 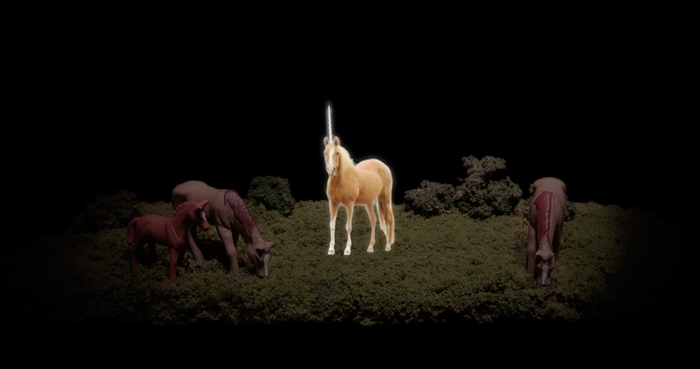 Look out for the unicorn
Look Out, Elisheva Biernoff at Eli Ridgway Gallery

Knowing that at any moment another war may happen, or I may trip and knock down Elisheva Biernoff’s sculpture underscores the fragility of our existence, finding us often on the edge of the horizon reaching toward the end of perplexity.

It’s hard to clear one’s head of all the preconceived notions and packaged analyses about an artist before going to meet their work for the first time. I made the mistake of reading other reviews before seeing Garry Winogrand’s photographs at SFMOMA (where I’m counting the days until it shutters for redevelopment, and I’ll be left a few old friends shy). One included a particularly barfy comparison of his New York period in the 1960s to the popular television program Mad Men. On the first pass, they do indeed seem to carry all the promise and poetry of a film still.

But everyone knows the movie itself never lives up to the still.

In the mind’s eye hangs a poster of a discomfitingly adorable orange-and-white kitten clinging perilously to a tree branch by a single paw. In thick bubbly script are the words "Hang in there, baby!”

I don’t know much about what my friends have accomplished this year, but we are all exceedingly familiar with what we’re in the middle of doing, and more obliquely, what we intend to do.

The barrenness of a white cube gallery can be a symbol of inefficiency, a pop culture joke about the war between art and common sense, based on assumptions about size and value exchange. Even I was taken aback by the apparent emptiness of the space (though I will say that Altman Siegel, situated as it is on the fourth floor and flooded with light from two large windows, makes for a particularly beautiful white cube). Without the soundbyte-quilt of a traditional press release to prop up mental turpitude, I approached the works with the same apprehension I do with poems. Impenetrable texts, I call them more often than I’d like.

Leisure Class
Impressionists on the Water at the Legion of Honor

Of course, museum-going is a leisure activity unto itself, and to that end the throng of visitors here this fine Saturday morning seemed satisfied. “I’m glad we came here,” I overheard one woman say to her companion, “it was doable... sometimes these exhibits are just too much to take in.”

What’s so inherently funny about the plays on materiality here are the varying degrees of failure. The jokes are a bit too oblique to be “about” childhood, but the literalness of some—ah, a marble rock stress ball balanced upon a rolling office chair by Joel Dean is titled Rock and Roll—take their solemnity when placed near the artist’s sweetly simple canvases rubbed with wild flower petals and Rubenstein's similarly-hued, slightly plaintive paintings shot through with a playful interest in the organic. Azaleas, blue-eyed crass, morning glory, lily of the Nile... somewhere between grass stains and lipstick stains, something changes. It’s really funny. It’s on the tip of my tongue.

Cool Media
And We Carry On, Group Exhibition at Krowswork

I leave conceptually intrigued and slightly disturbed and I see this as a success. Fragments and blurred lines leave room for opportunity, negating the tidy, sterile, and precise to conjure a realistic futurity. 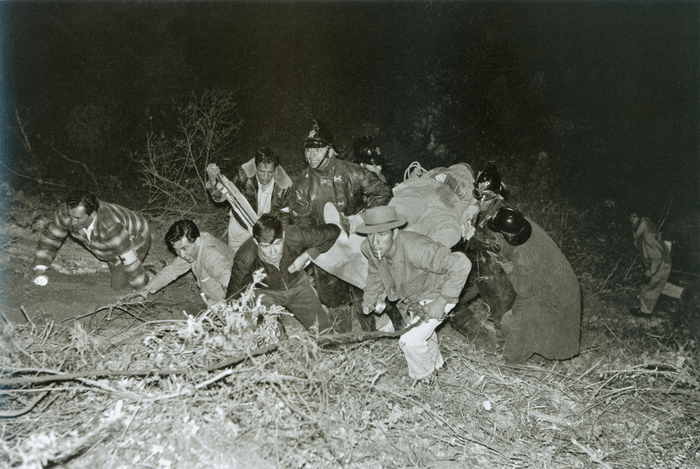 Rupturing the Familiar
City of Disappearances, Group Exhibition at the CCA Wattis Institute

City of Disappearances does not answer by saying: look to the past, it was different then. Rather, any nostalgia manifested by the exhibition speaks to fluidity and a non-linear history of the stories cities tell. As the narrator in Popova’s film declares, “nostalgia is a pillar of salt.”

The future is usually only the present fast-forwarded, all our contemporary ideas evolved. This usually bears no relationship to the actual future.

Visions from Los Angeles: LA in 2013
1/2/14
COMMENTS (0)
ArtSlant has shutdown. The website is currently running in a view-only mode to allow archiving of the content.