The streets of Wynwood are alive with art and people. Graffiti artists from all over the world are spraying their masterpieces on the walls of local businesses within the perimeter of the Wynwood Arts District for Miami Art Week. Since Sunday afternoon, people have been coming out to walk through the streets, watch the murals being painted live, and attend the various shows, openings and gallery events.

For the many pedestrians, local Latin Grammy Nominee DJ/Producer and owner of Pauer Source Studio, Mr. Pauer will be providing live DJ sets from twelve of the best DJs, both local and from around the world. Each DJ will spin live for an hour; later, the show will be archived. The live music event, “Live From Wynwood,” will be broadcast from the window at the Miami Light Box at Goldman Warehouse. One of the guest DJs is Cuci Amador from one of the best local Miami bands, Afrobeta. “Live From Wynwood” will have two cameras, one shooting the street in front of the window and one inside the booth in order to give people an idea of what’s happening on the streets. The live broadcast from the window at Pauer Source Studio is taking place from December 5 to 7 from 7 p.m. until 12 a.m. During this time, people can watch a live stream on the website as well. 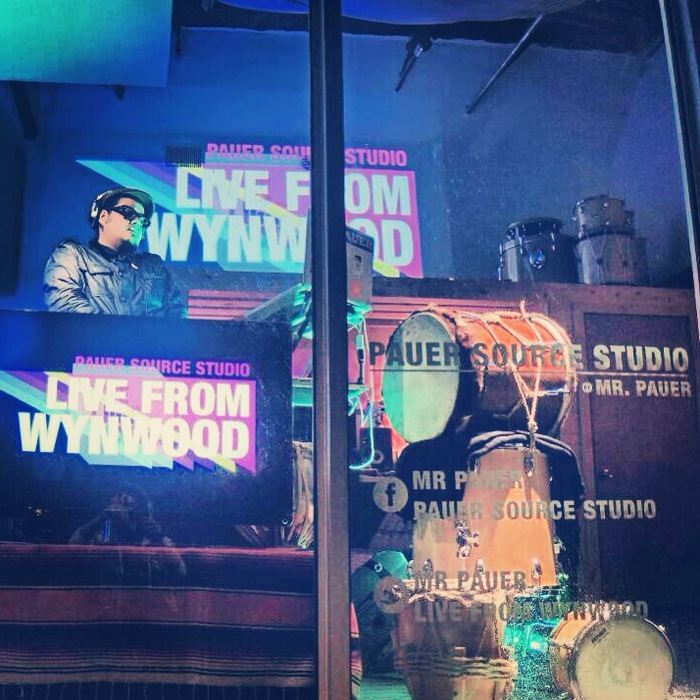 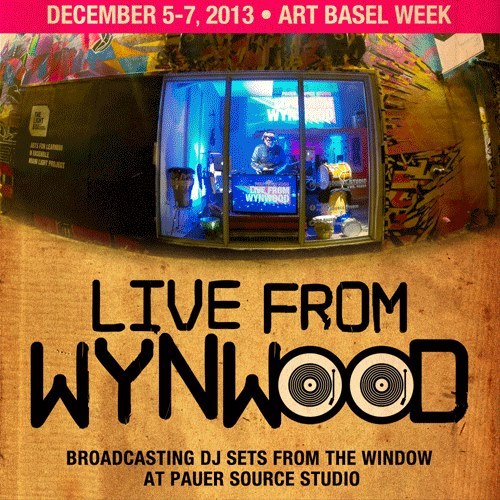