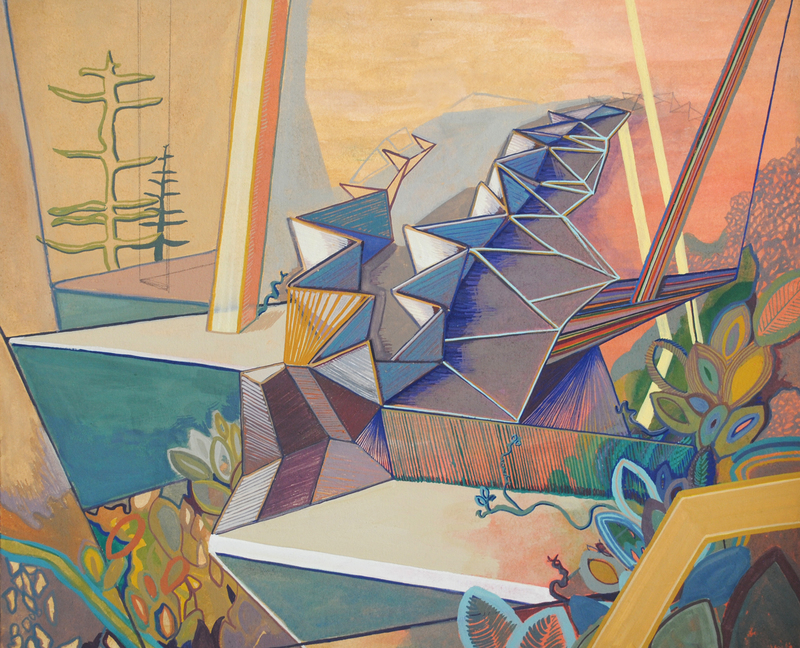 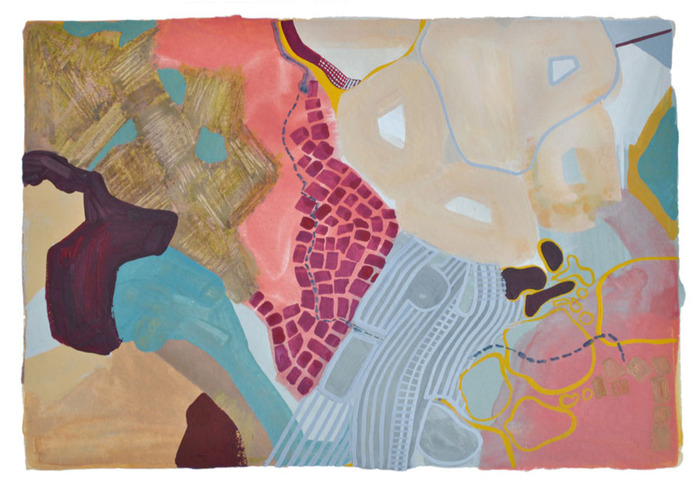 Having moved around a lot during childhood and after, I became fascinated by maps at an early age. All told, I have lived in 39 different homes and I appreciate getting my bearings in new locations.
Conceptually, I think both about maps as things that explain layered physical spaces, allowing you to see from varying distances, while also thinking about mapping as capturing a story or history. Through my memory, I can map out the past and sort out a sequence of events. When I paint, I am creating abstract maps that explore specific times and places.  As maps distort reality through reduction and simplification, so does memory through reconstruction; the mapping I create in my work merges these various layers of distortion.
In my current series, started in 2013, I am exploring the seventeen locations I lived in from birth to age seventeen. These paintings explore personal narrative as connected to these particular places. As our formative years can function as a creative pool from which to draw throughout our lives, with perhaps the traumatic experiences being more impactful than the celebratory, I titled this series "The Well." I lived primarily in the country during my childhood, where a well was a place to draw sustenance (water), while also posing danger (the deep, dark hole).
The sources that inspire the visual building blocks I use in my work range from aerial photography, cartography and beehives, to geometry and cellular imagery.

April Dawn Parker was chosen as a Juried Winner in Round #8 and Round #5 of the 2013 ArtSlant Showcase series.

Posted by Abhilasha Singh on 12/4/13
ArtSlant has shutdown. The website is currently running in a view-only mode to allow archiving of the content.