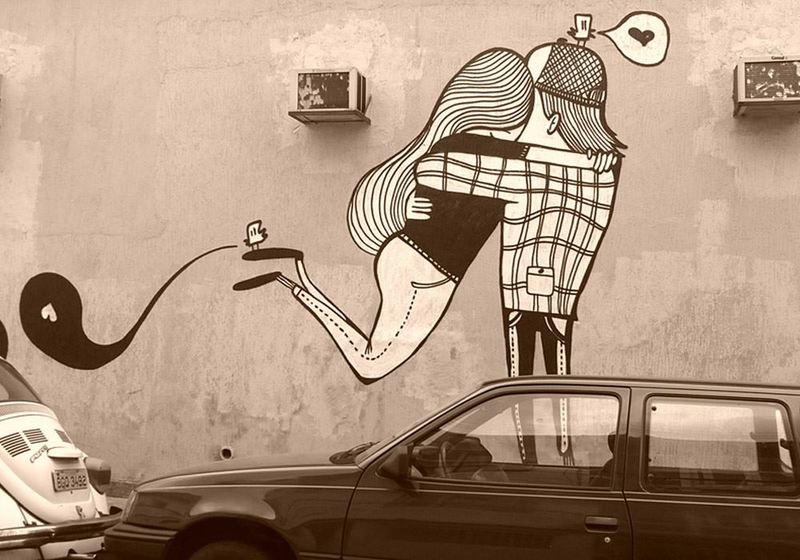 Now that street art is "mainstream," graffiti artists from all over the world are being represented at shows in Miami during Art Basel week 2013. “Shoot for the Moon” is one of the most anticipated group shows. Hosted by the Wynwood Embassy, from December 4 to December 8, photography, installations and musical performances will be presented at the large warehouse space of Mana Wynwood and a long list of artists will create murals along the Wynwood Arts District. Various business are participating in the event, lending their walls for the creation of new art. Throughout Art Week, visitors can view the nearby murals with a map provided by the Wynwood Embassy. 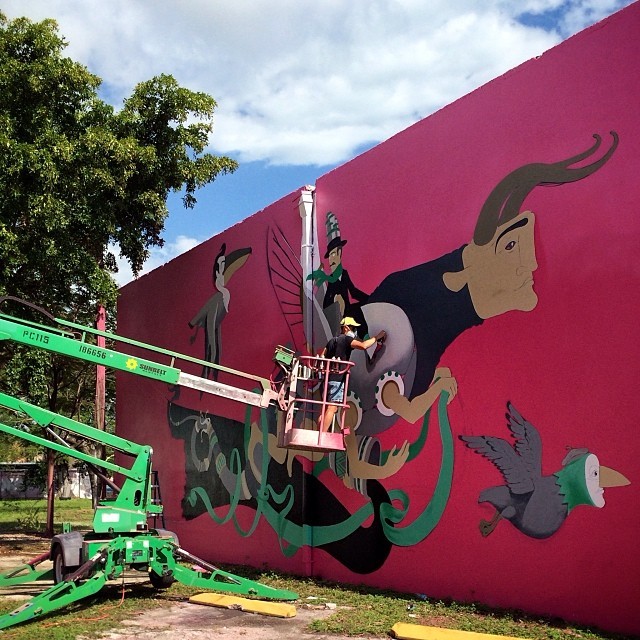 Some of the murals we're most excited about: The Miami Ad School is providing a hot pink canvas for Ukrainian artist Aleksey Kislow, who is creating a mural with dreamlike winged caricatures in black, grey, white and green, a stark contrast to the background. Alex Sena from Brazil is also in Miami for the event, sharing his surreal works across Wynwood’s walls. His contorted black-and white cartoon figures of lovers and characteristic heart-filled balloons express a simple complexity, ordinary yet with a deeper meaning. Others participating in the event include major local street artists Diana Contreras and Buddah Funk. 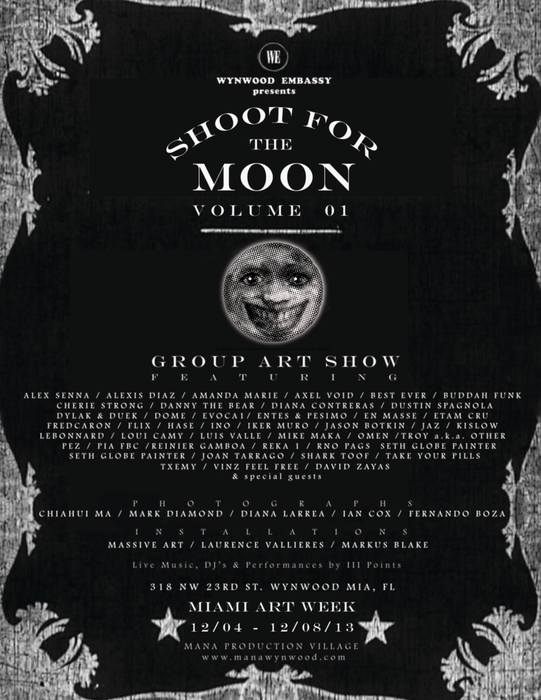 Shoot for the Moon Show Flyer; Courtesy of Wynwood Embasy