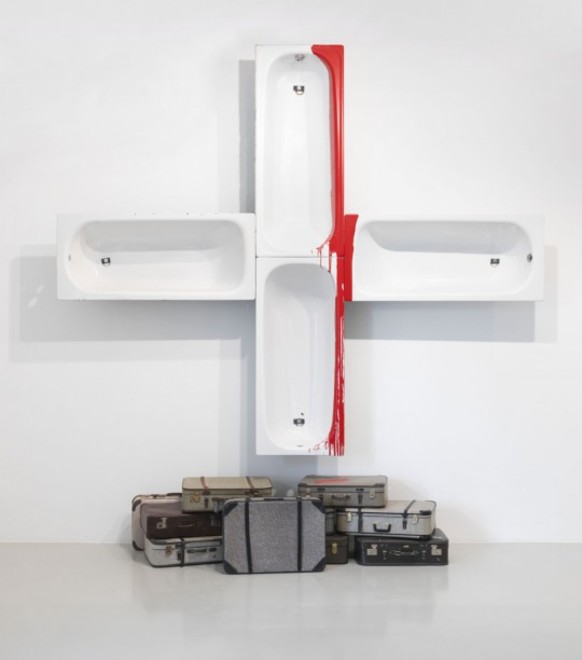 An unanswered question a day keeps the doctor away or something on those terms. The apple, if you will, of art seems to be the never-ending meditations on its existence, value, and purpose in the form of the unanswered question: What is art? Curator René Block hits us up with this query once again with The Unanswered Question. İskele2, a cooperative exhibition between TANAS and n.b.k. in Berlin. The exhibition serves as a farewell gesture to TANAS, a non-commercial project space, as it closes its doors after its five years featuring art from Turkey.

“Turkish art has arrived even outside of Turkey,” states Block, the art space’s former director, in the exhibition catalogue as he contemplates a mission accomplished. As TANAS was established as a platform “for continuing discourse and regular interaction between Turkish artists and curators and the German and international audience,” the current cooperation between TANAS and n.b.k seems to underscore this fact. The space derives from a time when Turkish artists started to break away from the traditional art scene of their country in the 1990s, bringing an influx of new exhibition venues and a heightened significance to the Istanbul Biennale while paralleling the discussions of EU expansions. Berlin came to be the ideal place in view of its “local cultural landscape as well as the social and political implications.” 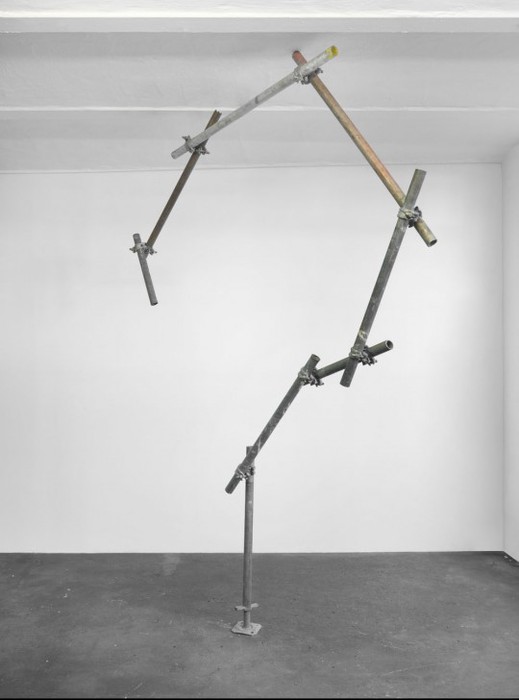 The questions, then, form themselves: Why quit now, what mission has been accomplished, and by what means have Turkish artists “arrived”? Recently Turkey’s EU Affairs Minister Egemen Bağış opined that Turkey will probably never become a member of the European Union because of stiff oppositions and “prejudiced” attitudes from current members. With the largest Turkish settlement outside of Turkey, Berlin displayed its solidarity with the ongoing uprising in Turkey with the concurrent protest held at Kottbuser Tor on September 14th. What can be settled within such a turbulent landscape? Even from the Berlin art scene's perspective, fighting is necessary to increase the life expectancy of independent project spaces. As the Independent Art Coalition demands a new, more indie friendly cultural policy in Berlin, hosting ProtestFest on September 28th, it seems TANAS could well have strengthened that coalition.

Block, on the other hand, views that after five years of TANAS it is time to move on. The test is over. The reason: “I need changes, must discover things new to me.” The idea behind TANAS was never to be an institution, to become “academic and boring.” Block proudly proclaims that TANAS has never received or paid any invoices, seemingly following a fashionable turn hosting one project after another in the age of the pop-up, without considering the possible communal side effects of an institution growing and providing roots.

The exhibition centers on Block’s vision as he performs what could be termed a curatorial retrospective. The exhibition mainly features artists with whom Block has previously worked. These include artists from the first İskele exhibition (held more than twenty years ago in at the ifa-Galerien in Stuttgart, Berlin, and Bonn, which “presented for the first time in Germany, a young Turkish art scene”), the Block-curated fourth Istanbul Biennale, and others who have not yet exhibited in Istanbul. The end result is forty-eight artists from all over: Albania, Bosnia and Herzegovina, Denmark, Finland, Germany, Iraq, Italy, Korea, Lebanon, Lithuania, Poland, Romania, Serbia, South Africa, Sweden, Turkey, USA, Vietnam. The exhibition's point of departure is the Turkish art scene, while also considering regions that “were once peripheral but that in the past twenty years have experienced an intense phase of modernization and internationalization.” Peripheral in what respect? To the EU, to Germany, to Block’s periphery vision? Comprising the exhibition, a program of performances, and discussion series, Iskele2 will portray “an exemplary global citizenship that has become reality in the cultural field.” Functioning like the International Art English EXPO, each art work is accompanied by a text aimed at highlighting its relevance and “exemplary” position within the international art scene. The global, the local, the space, the site-specific, the urban, socio-political, gentrification and institutional critique etc., all in one, finally integrated, far away from the periphery. 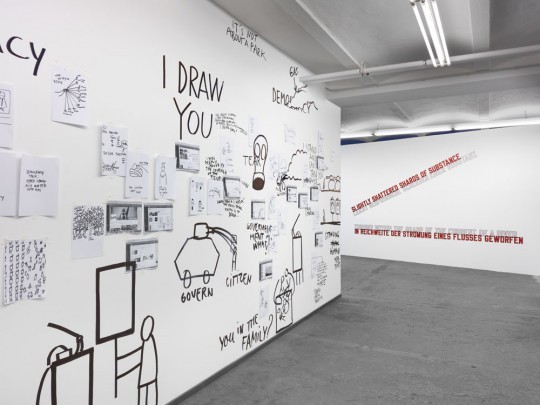 The exhibition is better perceived without the drenched context the curator is so eager to display. Art works that manage to linger with subtle forms of human existence are allowed the most breathing space within this context. Take Asta Gröting’s A spark of passion (2008), an open end of a cable placed in a hole in the wall, two centimeters in diameter, with an exchange of sparks occurring every few seconds; Candice Breitz's Factum Tremblay (2010) where the artist interviews identical twins and raises questions “not only about twin ship per se, but also about the struggle that each individual must negotiate in defining himself or herself as distinct, while facing constant reminders of the relative role of others in the process of self-definition”; and Johanna Adebäck & Merve Ertufan’s Compliment (2012), a video work where the artists exchange compliments revealing the oppressive and defining element of labeling and “giving” someone a compliment.

What is art indeed. The five-year test is over, one institution invites another to put up an exhibition in a cooperative spirit. Mission is presented in the form of an unanswered question which keeps the doctor away within the atonement of the International Art English bubble. The opening of the gates, the expansion of the international art scene, the engulfing of the peripheral present the risk of being unable to hold on to differences and social and communal relevance.