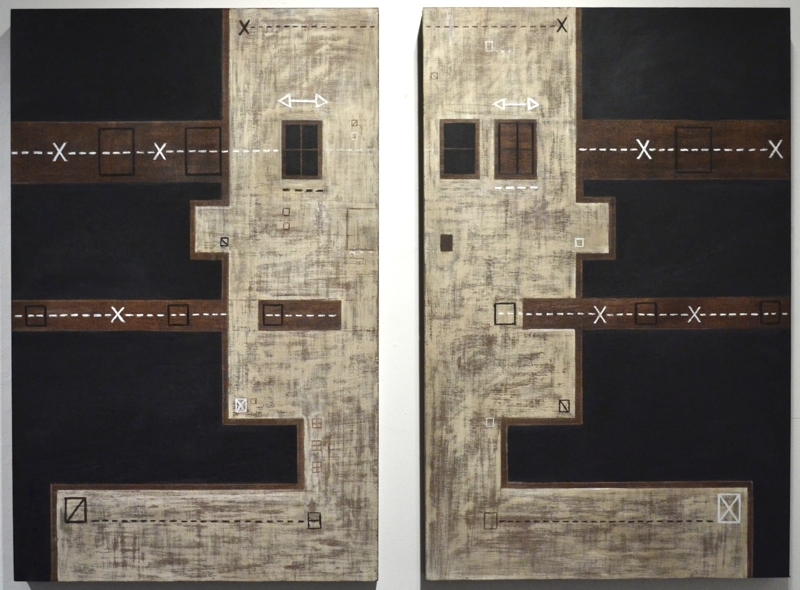 ArtSlant STREET: Sucks Either Way: A Look into the Sardonic Skewville

An early proponent of the arts in Brooklyn, Ad Deville aka Skewville canvassed the neighborhood surrounding his gallery, Factory Fresh, from telephone lines to the walls around every corner. Sucks Either Way, Skewville's new exhibition at Mighty Tanaka, pays homage to these stomping grounds with a fresh body of work befitting his return to New York. The stage had been set for Ad Deville to make his 2013 debut in New York as the fall gallery season began, returning after a successful show at San Francisco’s White Walls Gallery. Sucks Either Way attempts to distill a mixture of hometown pride, lo-fi aesthetics, sardonic titles, and decades of history into one exhibition. 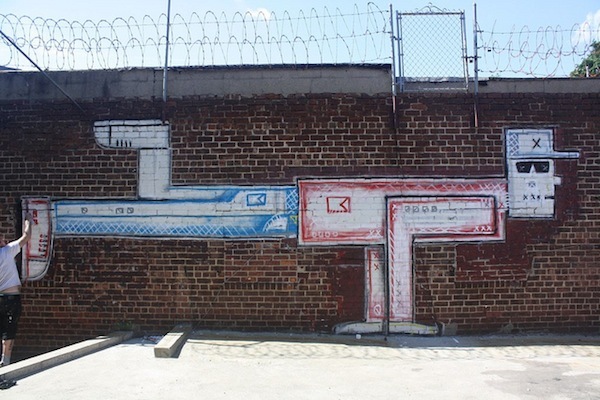 The exhibition attempts to draw in viewers regardless of their familiarity with the artist’s work through the use of simplistic, cohesive character development in a variety of media. Curator Alex Emmart has paired these diverse materials into vignettes from which a series of bold graphics emerge. Pegboards, mid-century radios, and boomboxes are reengineered to fit the artist’s bold, if not biting, vision. This "optimistic pessimism" is connoted by the impractical application of once practical switches, knobs, and other hardware, combined with caustic titles, such as Not Verbally Enlightened. 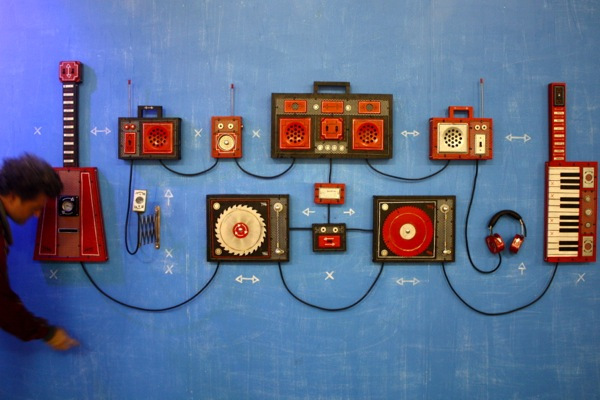 Previously, Deville and Emmart paired up to display one of the artist’s interactive installations at Fountain Art Fair. The chalkboard construction, complete with instructional arrows, utilized doorbells behind each piece to give viewers a hands-on experience contradictory to the art world’s standard “look but don’t touch” policy. Deville completed the piece with an oversized pair of headphones and a retractable microphone. These interactive components allowed viewers explore the endless combination of sounds that emerged from Skewville’s contraptions. Given this previous partnership, it was assumed that the switches and speakers utilized for his installation and sculptural pieces at Mighty Tanaka would have a similar effect. Unfortunately, the radios and other sound-based sculptures created for this exhibition were not mechanically functioning, even though each one has the physical capability had the logistics been installed. Visitors familiar with Skewville’s previous installations may be disappointed at the lack of auditory and physical engagement. 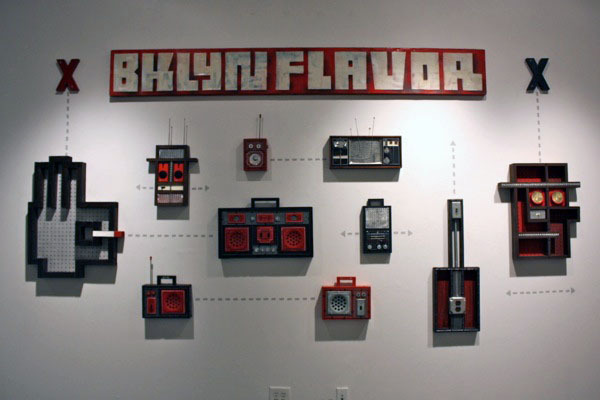 Aside from this lack of interaction, Mighty Tanaka’s display still manages to act as an optically engaging study of the artist’s work. The range of media allows the exhibit to appeal to a range of visitors, from those who wish to simply take in the imaginative graphics to visitors who engage with the titles and delve further into the acerbic humor behind Sucks Either Way.