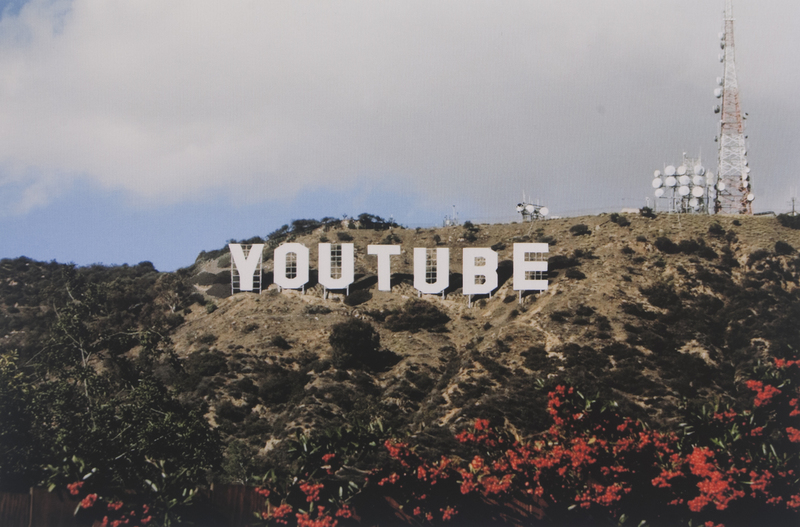 EDITION Chicago is a new art fair put together by Andrew Rafacz, principal of the gallery that bears his name, and Carolina Jayaram, Executive Director of Chicago Artists Coalition (CAC). It’s the inaugural year of the fair, but Rafacz and Jayaram both bring over a decade of experience to the table: Rafacz as a gallerist and art fair participant himself, and Jayaram as an arts administrator who, while living in Miami before coming to Chicago, was heavily involved with connecting the professional community there to Art Basel.

Jayaram is quick to point out that “Miami won’t happen here,” in the sense that a web of interconnected fairs like that which occurs during Basel couldn’t be sustained in Chicago. She does say, however, that part of the impetus behind EDITION came from asking, “what we could do as a community around EXPO both to support what Tony (Karman) is doing but also to give artists and dealers in this community who can’t be inside of EXPO an opportunity to take advantage of that time and that weekend.” 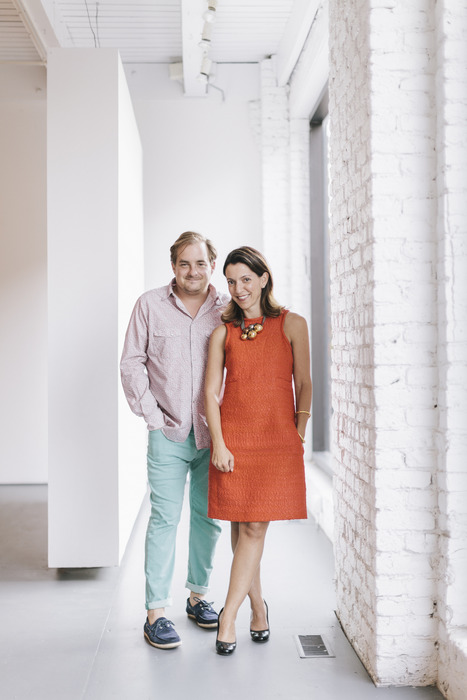 Even without an Art Basel-like array of satellite fairs, contemporary art fair culture has mushroomed into such a series of spectacle-type events that most art fair-goers expect to see and do other things in addition to the main event. Local galleries, artist run spaces, performance programs and even larger institutions have certainly taken note, and besides the usual fall season buzz around the Chicago art world, there’s an added layer of events, openings and after parties aligned with EXPO.

Although EDITION is technically the first satellite fair of EXPO, nipping quickly on its heels was the announcement by Brooklyn-based Fountain Art Fair, who is teaming up with Johalla Projects and Mana Contemporary (housed within the former MDW Fair building) to hold an additional satellite fair in Bridgeport. Fountain has experience (they’ve been mounting fairs since 2006), but despite their Chicago-based collaborators, EDITION has a two-fold home-court advantage: one, because they’re in Chicago, and two, because they’re hosting the fair within CAC itself.

“CAC made sense as a space to hold the fair because it’s keeping it in the West Loop and connected to other galleries,” commented Rafacz, and it is indeed easily accessible by both public transit, thanks to the relatively new Morgan St. Green Line stop, as well as being one of the stops that shuttles running from EXPO will make. Tony Karman, EXPO Chicago’s President and Director, is also chairman of CAC’s board, and so, as Rafacz points out, “[EDITION] is connected to EXPO, but has sovereignty from it.”

EDITION takes its name from the idea of the “first edition,” and the logo for the fair has recently been updated to include a small number 1 at the end of EDITION, indicating it is the first, ideally, of many such iterations of the fair. It is also loosely connected to the fact that most galleries and dealers will be showing multiples—prints, photos and other serially produced sculptural objects. This not only allows vendors at the fair to comfortably keep works under the recommended $5,000 price point, a number Jayaram and Rafacz feel their participating galleries will “do the best at,” it also provides an opportunity for them to show off-brand or experimental work by big names. They are also initiating a tradition of offering a limited edition work at each iteration of the fair, with this year’s print by Cody Hudson being the first installment. 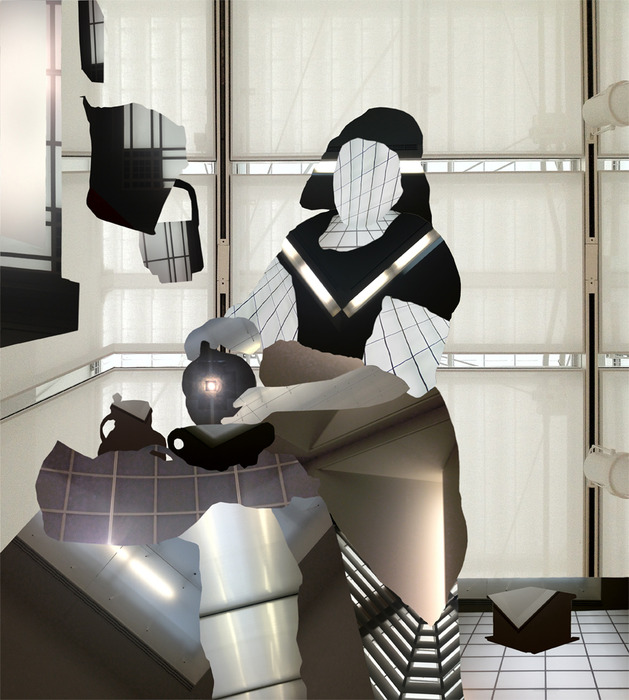 Curated by Rafacz in collaboration with Jayaram, EDITION will feature fourteen galleries, the majority of which are from Chicago (nine from the city proper, and a tenth from down state Illinois). The other four represent each coast (one from Boston, two from Los Angeles), as well as our neighbors to the North (Toronto). Both Andrew Rafacz Gallery and the Chicago Artists Coalition will be participating, and both see their involvement less as a conflict of interest and more as getting some skin in the game. There’s an interesting mix of established and emerging names overall, and Chicago epitomizes this balance by featuring a handful of relative newcomers, including Courtney Blades, DOCUMENT, THE MISSION and Public Works, alongside a few spaces that aren’t known for their participation in fairs at all, such as threewalls and The Museum of Contemporary Photography.

The goal is to make EDITION feel more intimate and affordable then EXPO, and Rafacz and Jayaram have tried to assure this will happen by offering participating galleries and dealers low risk, low price tag fees to participate, and by doing away with the balkanizing booths altogether, opting instead for an open floor plan. Rafacz believes this will help “level the playing field” between established and emergent galleries. He also hopes EDITION will diffuse some of the mystery and pretension surrounding collecting in general, by presenting a more accessible, conversation oriented experience that places an emphasis on education.

Jayaram echoes this sentiment, but makes no bones about the necessity of courting collectors; “Collectors support who we’re training,” she says, and in fact, CAC’s interest in jumping into the art fair business in the first place marries well with their newly minted mission statement, which places specific emphasis on “build(ing) a sustainable marketplace.”

Jayaram bluntly but smartly identifies art fairs for what they are, marketplaces. She’s interested in cultivating a new generation of collectors, but is careful to point out that these new collectors are not necessarily “young,” often times they’re just un-initiated. Because of the CAC’s “Collector’s Circle” group, which offers private tours of in-home collections, Jayaram works directly with an interesting cross-section of over 100 would-be collectors who range from business professionals to artists. “I like tapping different groups instead of everyone going after the same group over and over,” she says, “CAC casts a wide net.”

When asked if they feared competition—if not for dollars then viewers—from Fountain or EXPO, both Rafacz and Jayaram were incredulous, as if the thought hadn’t even crossed their minds. “In a sense that’s really a Chicago kind of attitude—we do ultimately prevail by actually being in collaboration and not always in competition with each other,” remarked Rafacz. Jayaram countered by adding, “I’m not really interested in what other people are doing. I’m interested in doing the best we can do.”

Functioning as a highly sanctioned satellite fair, EDITION is loosely connected to EXPO in many ways. The big question is if by concentrating on offering affordable works by several up-and-coming galleries to newly cultivated collectors, they risk positioning themselves as separate but not equal. It also remains to be seen if EDITION is a sustainable endeavor—will galleries who succeed at EDITION eventually graduate to EXPO?

Jayaram believes that, like the CAC itself, who is showing at both EXPO and EDITION this year, galleries will find themselves presenting different work at both fairs in the near future. At the time I conducted this interview, weeks before EDITION opened, both Rafacz and Jayaram were already discussing plans for EDITION (2) in 2014. With both partners so deeply invested in doing the fair again, combined with CAC’s future plans to acquire a larger or additional space, EDITION is ensured access to a committed host-site. Although Rafacz notes, “We could triple [in size] and it would still be a tiny art fair,” both also agree that convenience, intimacy, and accessibility will remain the centerpieces of their fair.

Artslant would like to thank to Mia DiMeo, Carolina Jayaram and Andrew Rafacz for their assistance.