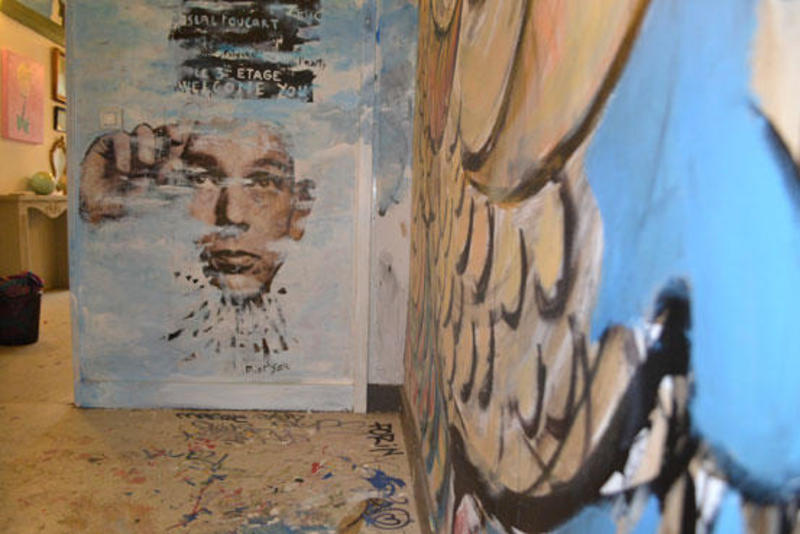 Number 59 Rivoli was abandoned for fifteen years before it was squatted by a group of artists in 1999. After a couple of years of wrangling and campaigning the building was bought by the municipal government of Paris[2], renovated to make it safe, and passed over to the collective, who had now formalised their existence under the name '59 Rivoli'.

I visited it as it seems to be an example of the kind of progressive attitude to supporting the arts that many people laud: thirty artist's studios, a prime location on one of the busiest streets in Paris, gallery space, residency program, public access, events, performances and around 40,000 visitors per year.

The only problem is that the whole idea is nuts. The question that came to mind while making my way through the six floors is what do you want from your art? And after a nano-second of soul searching, I decided that what I want is something that makes an impression. That is impressive, irrespective of what route it takes to this goal. Something generous. Something original. A thing that provokes wonder. And what we got here was, in purely artistic terms, fiercely mediocre. To avoid disingenuity I wasn't surprised; I've been a few art squats in my time and they seem dominated by work that is motivated by what we could call 'the unbridled joy of creation' rather than any kind of meaningful exploration, which is another way to say the work is half-baked. Here was no different. 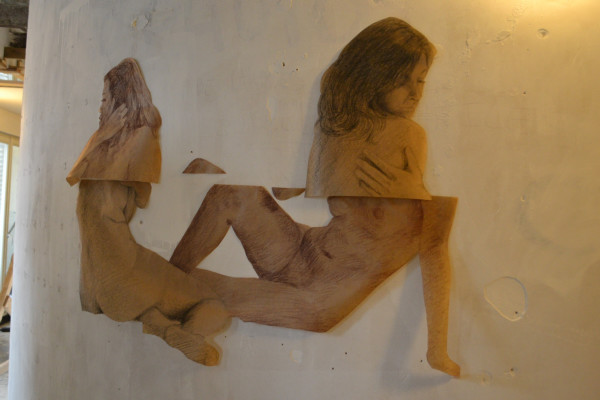 My question is, in a general sense, why? It doesn't seem to make sense, one of the major headaches for most artists is removed, you've got space, and it's not crippling you financially to maintain it, wouldn't this mean it would be easier to make better work? The truth is, I don't know. Part of me wants to answer that it might be something to do with the association with the thing itself, that it's more about being an artist in a squat collective, and all the personality/world-view requirements that go with this, than damning the world and everything in it, or whatever else it is that works. Or it may simply be a more prosaic truth: that the really talented artists are identified early and simply don't need to enter into this kind of arrangement to create their work; that actually the 'establishment' is better than the 'anti-establishment' in this regard.

Anyway, coming back to my first question, all of this isn't to say that this place doesn't perform a great service in one sense. How often do members of the public get to walk through an artist's studio? How often do they get to come into such close proximity with 'creation'? The answer I guess is not very often, and it was really busy. The downside being that it was really busy, full of people, everywhere, and you pretty much can't imagine how any work could get done in this environment; furthermore a lot of the artists seem mainly geared towards selling work to tourists, and if there is ever a rule of thumb it is that proximity to tourists will kill any kind of quality in an instant (think restaurants). 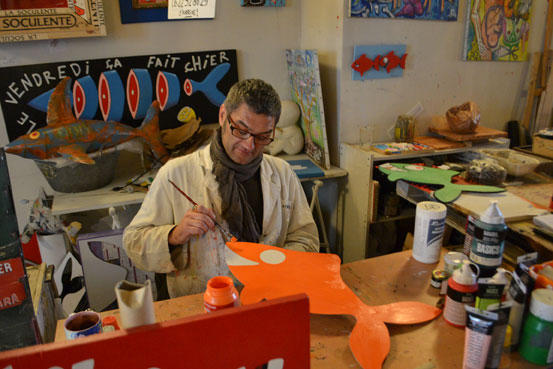 So in short, to fulfil my critical role, if you're on holiday and want to introduce your kids to the smell of oilpaint and the slightly scary world of alternative lifestyles then pay this place a visit. If you're interested in art, don't.

Post-scriptum: Not everything I saw here was terrible. Gaspard Delanoé was, it appears, permanently absent, but his studio is stuffed to the gunnels with objects in a manner reminiscent of a 2007 installation at Hauser and Wirth by Christoph Büchel that I greatly admired; and on the top floor, in the far corner and barricaded against the never-ending stream of tourists is Zofia Blazko, a Polish artist in residence whose paintings are strong if not referencing Tamara Lempicka a little too overtly. It's telling that both were outside 'the mainstream'.

[1] I believe they coined the term 'Squart', which is in my mind an inferior and more cringe-worthy portmanteau than the likes of  'frenemy' and 'practicool'.

(All images: courtesy of the author)