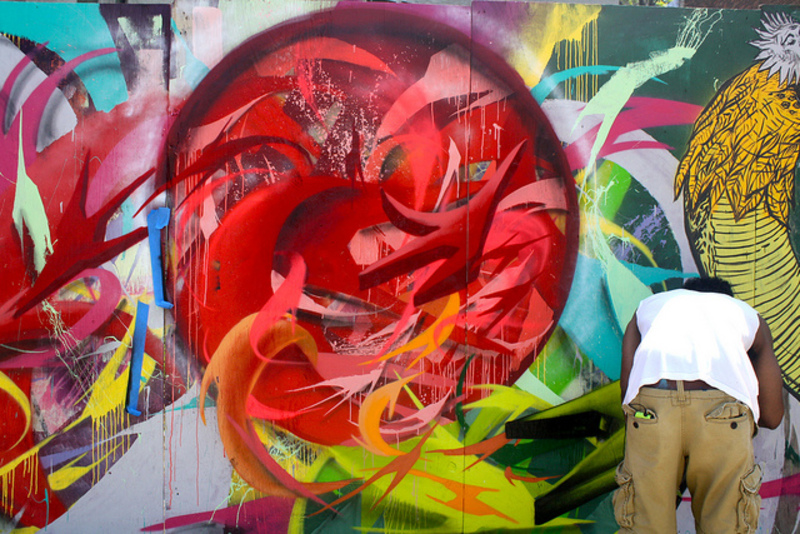 See One and Shards: Abstraction Layered Through Past and Present

With no formal training, artist See One began illustrating based on his love for Japanese animation and comic books. Over the years, these interests have been honed down to depict the adventures of a singular character, Miru. This little blue dragon has made appearances in the artist’s public work through wheatpastes, stickers, and murals. His toothy grin, red stripe, and tiny wings peek around New York City’s darkened corners, brightening the day for those who encounter the cartoon. See One says, “People and kids immediately connect with Miru because everyone was a child at one point and most kids love cartoons. As we get older sometimes that love fades, but it still makes you smile and I love that.” Drawing upon his childhood inspiration, the artist is able to connect with a wide demographic: the people who grew up watching the exploits of their favorite characters on Saturday morning cartoons.

In contrast to the pop appeal of his animated representations, the layered complexities of See One’s abstract style, termed “shards,” came into being accidentally during a painting event. While painting at a lounge one night in 2009, the artist had attempted to sketch the profile of a woman's face, but the proportions left the face taking up half of the canvas. In order to fill in the absent space, See One started creating sharp, jagged shapes, not fully aware of the implications of this happenstance creation. The artist notes, “As an illustrator, it was very tough initially to understand what I was doing because I never worked on anything abstract prior to this style. It was after the 3rd or 4th painting I named this style Shards because the shapes reminded me of broken shards of glass.” 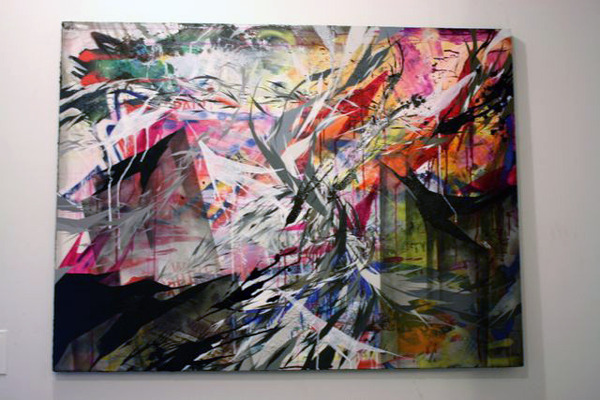 By drawing upon shattered fragments, a style emerged that has come to represent New York’s brand of contemporary abstraction. Initially based on a simple concept, See One utilized the jagged lines of broken glass to build complex imagery. The artist explains the process:

“As an artist, I’m never satisfied with my work and I’m constantly trying to outdo myself. I let this part of my personality come out through the layers of my work. I may lay down some paint, get some texture on the wall or canvas and do a first layer of Shards. I usually cross out hours worth of work just to catch tags or an outline with spraypaint, then go over that with more paint, followed by collage of cut up comics, old illustrations, ads, followed by more paint, tags, wheatpaste, and more paint again.”

Through compulsive creation, See One’s narrative contrasts the minimalistic line work of contemporaries, such as Rubin and Col Wallnuts. Layers of tags, silkscreened characters, and with his signature shards, culminate to mirror the artist’s layered past.

This essay is part of an ongoing series that examines the work of New York’s graffuturist movement, which combines the aerosol and typographical background of graffiti with abstraction to form a unified style within the urban art aesthetic.

To commemorate the “Spectrum” exhibition opening at Gallery Brooklyn, which features New York’s abstract graffiti practitioners, ArtSlant Street has conducted a series of interviews and studio visits with the artists represented: Col Wallnuts, EKG, Hellbent, Rubin, and See One. “Spectrum” opens to the public Saturday July 27th from 6pm-9pm and runs through August 17th. 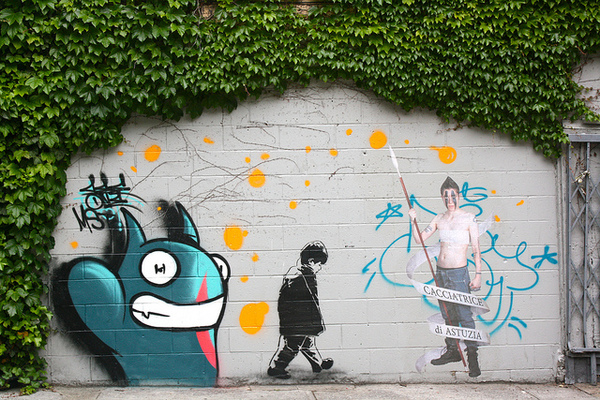 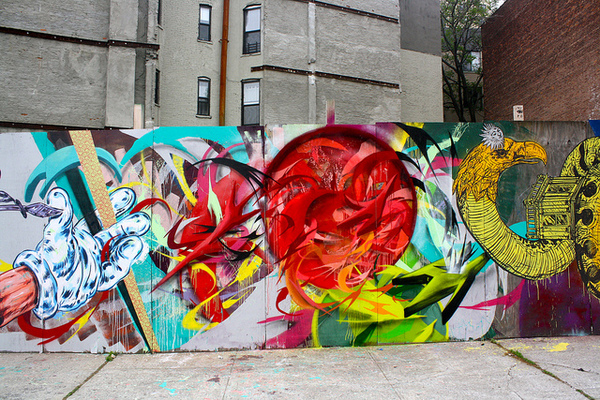 ND’A, Hellbent, See One, and LNY; photo by Rhiannon Platt. 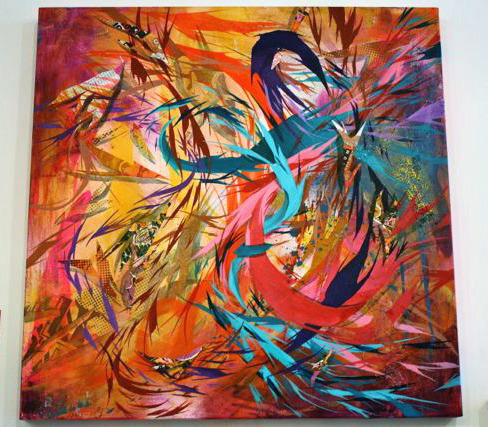 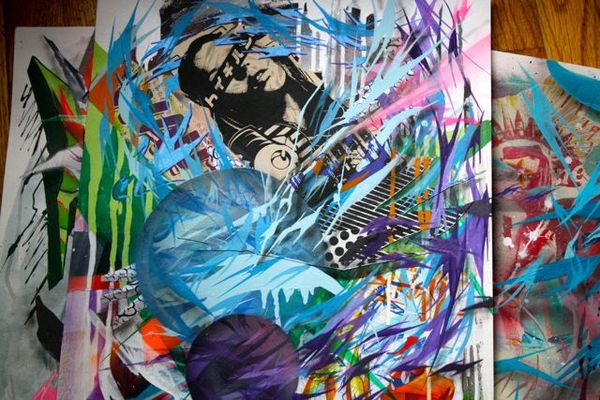 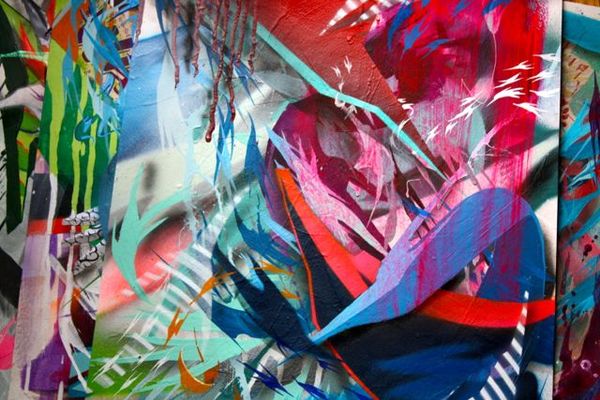 (Image at top: See One and LNY; photo by Rhiannon Platt.)