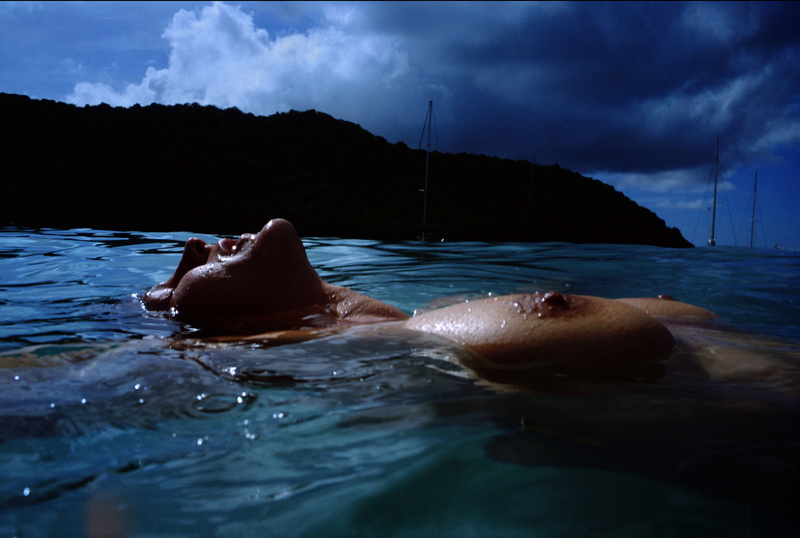 Ever since Jackson Pollock and Lee Krasner settled in nearby Springs, East Hampton has become a hotbed of artistic creativity. Its languorous lush summers have inspired recluses (think Grey Gardens) and artists alike. It’s now also home to a neighborhood of first-rate galleries with curatorial programs rivaling anything you’ll find in the city.

As part of ArtSlant’s ongoing focus on the Hamptons’ art scene this summer, I chatted with long-time ArtSlant friend, artist and gallerist Chantel Foretich, whose East Hampton project space, QF Gallery, has an incredible upcoming program of exhibitions this summer, including an exhibition of rare work by Nan Goldin and a Mickalene Thomas-curated group show. If the world-class exhibitions don’t entice you to travel east, then the idyllic and relaxed setting in and around the lovely East Hampton historic building which houses QF Gallery certainly should. Even after the temperatures in the city dropped just below “hell on earth” status, there’s still no better time to get out and experience some white sand beaches, cool ocean breezes, and some amazing art. 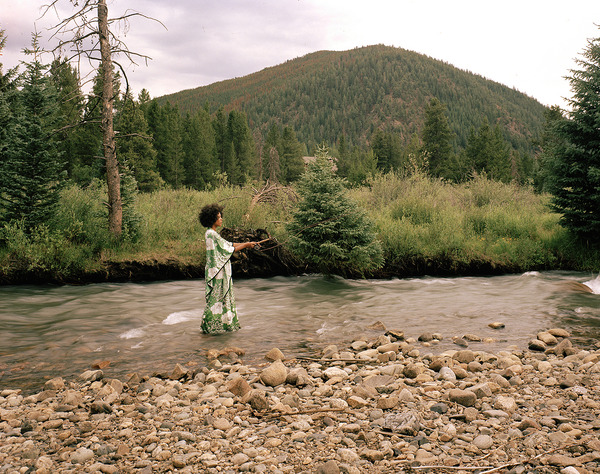 Natalie Hegert: Can you give me a little history of QF Gallery?  In a nutshell, what's your curatorial mission statement?

Chantel Foretich: QF Gallery opened in summer 2012 as a curatorial project space for emerging artists, curators, designers and gallerists. The gallery is in the bottom of a traditional East Hampton home built in 1905. QF stands for Quattlebaum Foretich – my partner Mandy Quattlebaum and I found the space in early 2012 and fell in love with it.

NH: What is it about East Hampton and this building in particular that drew you to open a gallery here?

CF: Our gallery has seven windows and in the afternoons is one of the prettiest places I've ever been in my life honestly.

East Hampton, to me, holds the highest standard for contemporary visual art in the Hamptons – Eric Firestone, Glenn Horowitz, Harper's Books, Halsey Mackay, Fireplace Springs Project and Vered are all rigorous in seeking out the best work to bring out east.

NH: Your line-up for the gallery this summer is really exciting. Your most recent show featured works by Heather Dewey-Hagborg whose works have generated quite a buzz for their blend of science and surveillance. How was the reception at QF Gallery?

CF: I think people are baffled, honestly, by Heather's work – there are so many strange details, some of which are steeped in science, and some of which are just part of the process of making the 3-D prints of people's faces based on found cigarettes, hair and gum. For example, when she creates the actual face, a tongue is one of the results. It has teeth marks and is tongue-colored but Heather says it is just a cast-off of sorts from the 3-D printer pushing the mold of the face, as if through a cylinder... Visitors to the gallery had great questions which I compiled and asked on their behalf for Aspekte, a German TV station that was with us. One of the questions that came up often was whether Heather could create a whole body, rather than just a face, and she shared that she can, but that we hold most of our DNA information in our faces so she's able to do a more accurate and detailed rendering of a face than a body. 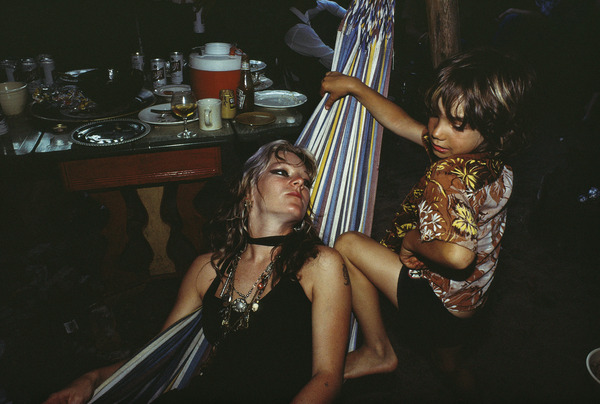 Nan Goldin, Cookie with Max on the hammock, Provincetown, Mass. 1977; courtesy of the artist.

NH: You've been open for just over a year and you've got some big names coming up on the roster at the gallery, including a Mickalene Thomas-curated show coming up, as well as a show of Nan Goldin's work curated by Carrie Mackin. Would you have anticipated that you'd be able to showcase such well known artists at the gallery in such a short time?

CF: I know how very lucky I am to know Nan and Mickalene, two of the world's greatest living artists. We have become friends through our friend and director of special projects Carrie Mackin. Carrie has worked closely with Nan to put together Wish You Were Here, an exhibition of rarely-seen images from Nan's tremendous and historic body of work. I believe Nan's work resides in all of us whether or not we are conscious of it. Mickalene Thomas is curating an iteration of her critically-significant and gorgeous exhibition, Tête-à-Tête, which includes works by Wangechi Mutu, Xaviera Simmons, Malick Sidibe and more. I am most looking forward to Mickalene having a piece of her work in Tête-à-Tête. Mickalene's works always have a nostalgia and weight that sits with you, with me, like nothing else I've seen, ever.

NH: QF Gallery just participated in artMRKT Hamptons. What was that like?

CF: This was QF Gallery's first art fair – we were in artMRKT hamptons with an outdoor installation called Every Which But Loose. The brilliant Lori Zimmer, founder of ArtNerd, was our curator and she featured Coby Kennedy's Supply and Demand gun vending machines, Nyugen Smith's ConfeSHUNal Bundle House (for this piece viewers could submit a form through a slot in the bundle house, referencing their sins and in three minutes Nyugen would put through the same slot a drawing based on their sins) and Trong Gia Nguyen's interactive Debord House, complete with a guillotine, altered video of Warhol's screenshots and Led Zepplin's "Stairway to Heaven" playing backwards.

(Image at top: Nan Goldin, Valerie floating in the sea, Mayreaux Island, 2002; courtesy of the artist.)

From Realism to Radicalism: Speaking with Philip Tinari, Curator of Focus China 2014
2/27/14

Transcendental Evocations: An Interview with Arshiya Lokhandwala of Gallery Lakeeren Group Exhibition
12/20/13
COMMENTS (0)
ArtSlant has shutdown. The website is currently running in a view-only mode to allow archiving of the content.