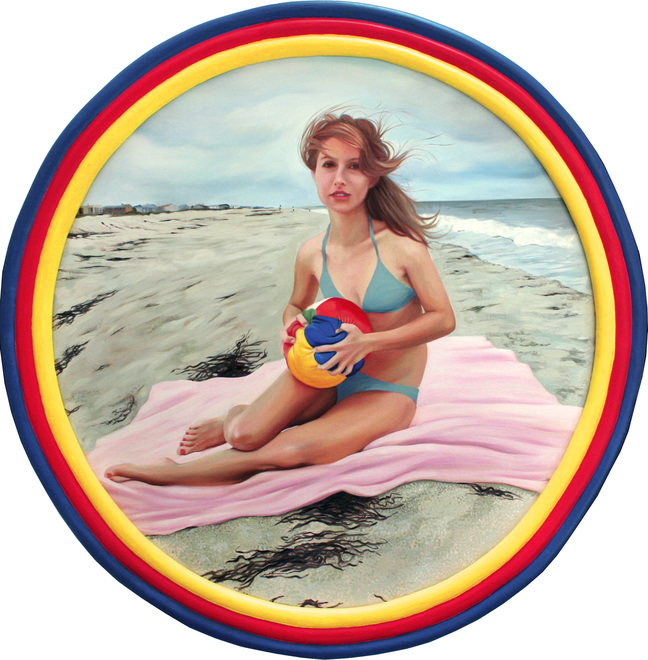 This year’s inspiration for ArtHamptons: Bohemia circa 1950-1970. That means art, consumerism, and booze.

Though the Hamptons may seem like the farthest place – culturally speaking – from the modern bohemians’ unconventional aesthetics and politics, their influences are recognizable in the annual art show created “for and by Hamptonites.”

In the spirit of Bohemianism’s nomadic tradition, the show will be housed in a modular complex on a large, open field. In the spirit of the Hamptons’ traditions, the large, open field is the stunning ninety-five-acre Sculpture Fields at Nova’s Ark snuggled in next to the South Hamptons Hunt and Polo Club, and the modular structure is 50,000 square feet and has valet parking. Just as the bohemians thrived in community and enjoyed the occasional dose of whatever was within reach, so too ArtHamptons offers numerous networking opportunities over cocktails.

And while the show is not likely going offer as much radical political unrest, its beautiful setting, stunning art, and optimistically sunny weather (high 80s with a slight chance of scattered thunderstorms) are sure to evoke feelings of bliss akin to being a starving artist with rich patrons. This year, ArtHamptons will house over seventy galleries from eleven countries representing hundreds of artists including renowned, modern “bohemian” artists of the likes of Andy Warhol, Roy Lichtenstein, and Robert Motherwell, as well as the up-and-coming boheme.

The show begins, profoundly, as does life: in between a woman’s legs. Recalling the sacred bohemian tradition of sexual promiscuity, attendees enter the pavilion by walking under a pair of legs sculpted by the legendary artist Larry Rivers, honored at this year’s ArtHamptons as the Hamptons Featured Bohemia Artist. A public exhibit of the late Godfather of Pop Art’s fashion painting will be set up at the front of the fair featuring work spanning some two decades of Rivers’s fifty year-long career. 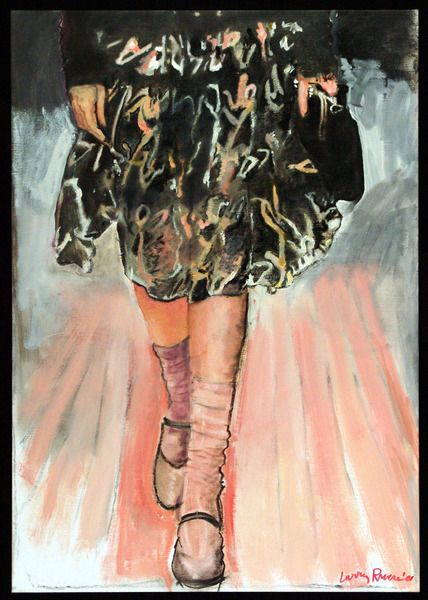 Like her bohemian-esque Brooklyn peers, such as Lena Dunham or Greta Gerwig’s Frances Ha, Sarah Bereza’s work is acutely both self-critical and self-referential, illustrating the lofty ambitions and tragically mediocre failures of the Millennial generation, otherwise known as the self-absorbed reaction to America’s Greatest Generation. This is the so-called Boomerang Generation’s bohemia complete with the grumpy cat, the creative ambitions, and the liberated sexuality, only now with a resentfully agreed-upon monthly stipend from Mom and Dad.

Exhibiting alongside Bereza, Brent Owens' crude wood-carvings of household items gives us intriguing combinations of the commercial and the natural. A mountain made of carved wigs, rotted logs covered in soft-serve ice cream with rainbow sprinkles, and “the golden brown femme fatale” (reminiscent Raoul Hausmann’s “Mechanical Head") which is really just a stump with a bikini tanline resting on a kickstand.

Exhibited under the theme of counterfeits, conceits, and the dismantling of the artist’s utopia both Bereza and Owens illustrate ruptures in authenticity and the ability of art (and artists) to live beyond the reach of capitalism and consumersim. Like their bohemian New Yorker predecessors such as Andy Warhol and Paul Thek, Bereza and Owens resist and embrace modern consumerist culture, holding a mirror up to American society before turning it around to fix their hair. 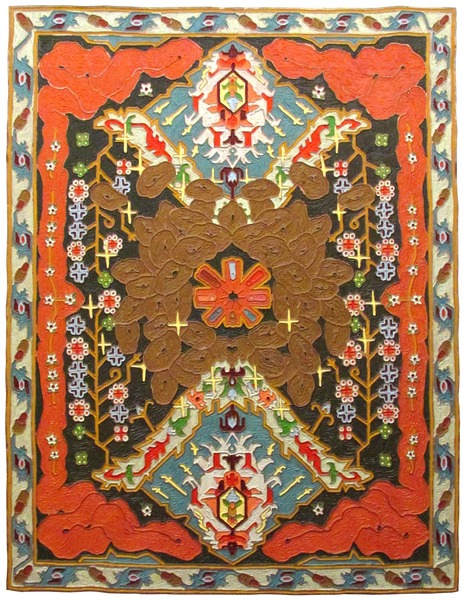 Perhaps most exciting is ArtHamptons’s line-up of artist and curator discussions, which are undoubtedly of more value than their art prices advertised as “set [strategically] for the impulse buy from the local rich and famous” or, perhaps truer to their theme, the local haute bohème. This year’s speakers include American hyper-real sculptor Carole Feuerman, African American painter, sculptor, and activist Faith Ringgold (honored by ArtHamptons as a 2013 Lifetime Achievement Honoree), and fashion and art photographer Saul Leiter (also a Lifetime Achievement Honoree), to name a few. In addition, attendees will get the chance to rub elbows with world-renowned playwright Edward Albee, a three-time Pulitzer prize winner and East Hamptons resident, who will be celebrated for his longtime support of the arts with ArtHamptons’ Patron of the Year Award.

While rich with bohemian influence, it couldn’t be ArtHamptons without... the Hamptons. So whether you’re a WASP or WASP-enthusiast, ArtHamptons promises a glimpse of how the rich and famous used to spend their time – and apparently still do. As advertised, all ticket holders are invited to “experience the thrill of social and economic exclusivity” by taking a break from the art to watch a polo match on an adjacent field. For those craving the social and economic exclusivity that cannot be bought with a $25 day pass, there are also invite-only events planned. These include a Young Collectors Fete and an Artists & Collectors VIP Party hosted by the Hamptons Cottages & Gardens Magazine (so you know what you’re missing).

With their V.I.Ps feted, they hope to leave their wallets unfettered. ArtHamptons predicts it will generate millions of dollars from hundreds of sales during the three day weekend. As ArtHamptons Executive Director Rick Friedman reminds us in his introductory letter, there was never a better time to invest in art.

But ArtHamptons isn't the only game in town. For those looking for a less traditionally appropriated bohemian aesthetic, artMARKT will be hosting their annual art show concurrently in Bridgehampton. Bringing together some forty contemporary art galleries from around the world, artMARKT has a distinctly edgier and politically active vibe with installations from Coby Kennedy, David Baskin, and Asya Resnikov.

*Title taken from David Brooks’ book “Bobos in Paradise: The New Upper Class and How They Got There” (2000).