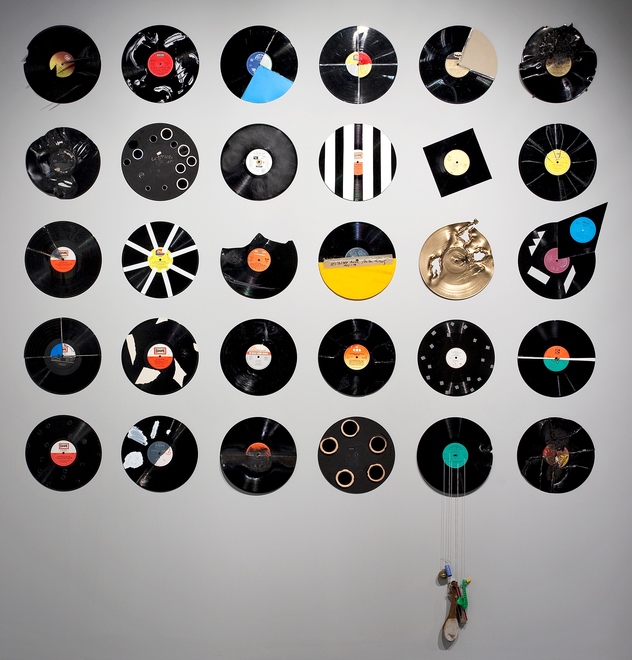 Sounding the Body Electric is an exhibition of codes, distortions, intermedia translations, ruptured communication systems and altered technologies. Tracing a network of Eastern European avant-garde experimentation that was at times alternately cultivated and censored by state powers, the exhibition offers rare access to a body of audio-visual work that reflects both the anarchic spirit of the era and the socio-political realities of life behind the Iron Curtain.

Certain key innovations from the first half of the twentieth century are now familiar additions to the Western-centric canon of sonic art: the musique concrète soundtracks of Dziga Vertov; Alexander Scriabin's atonal compositions influenced by synaesthesia and mysticism; Arseny Avraamov's graphical sound experiments; the electronic synthesisers invented by Evgeny Murvin and Leon Theremin. The influence of these proto-sound artists was strongly evident within the Eastern European art scene by the late 1950s, the point at which Sounding the Body Electric picks up the history of crossmodal electronic experimentation.

The Cold War heightened the already complex relationship between authoritarian Soviet and Eastern Bloc governments, and new communications technologies. On one hand, funding experimental research to improve existing systems was a necessary means of modernising industry and competing with Western progress: hence the establishment of state-funded 'sound laboratories' such as the Prometheus Institute in Kazan and the Experimental Studio of Polish Radio in Warsaw (featured in a news reel at the start of the exhibition, all gleaming panels and neat switches like the interior of a futuristic spacecraft).

On the other hand, increased public access to communications systems opened up new information channels, undermining state control and giving access to foreign popular media and anti-socialist propaganda. Listeners went to great lengths to gain access to prohibited sounds, from battling Soviet and Eastern Bloc radio jammers with their own homemade transmitters, to crafting roentgenizdat—copies of banned Western rock and pop records engraved onto repurposed x-rays purchased from clinics, and sold on the black market.

Exhibition curators David Crowley and Daniel Muzyczuk identify a broad critical shift from “freedom and self-expression... [to associations with] surveillance and censorship” triggered by the ending of post-Stalinist economic reforms and the suppression of the Prague Spring in 1968. Certainly, it is difficult to disengage the works in Sounding the Body Electric from the political shadow of Soviet Communism, the Cold War and the Space Race. Abstract audial experiments assume a radical air: interrupting a recording, devising new forms of musical notation, or basing a composition on chance encounters all signal a desire to destabilise larger, established systems of control. Destroyed Music (1963—1979), Milan Knižák's collection of deliberately damaged and disfigured—yet still playable—vinyl records, is a striking example of this impulse to break down and reconfigure. The work is both an archive of objects (the records themselves) and a set of recordings taken from the fractured discs. 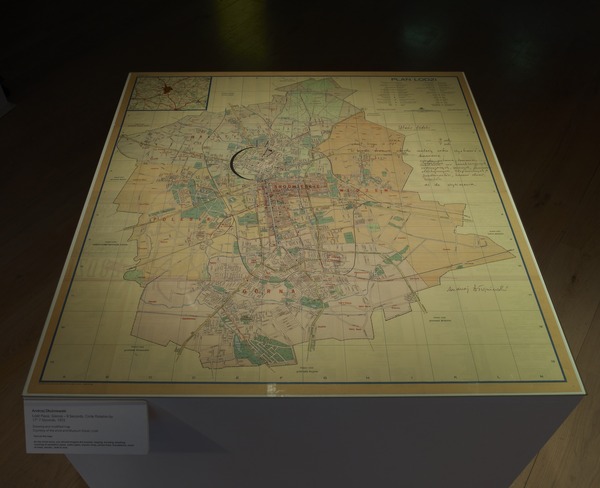 Other points of reference for the exhibition are the strong parallels with artistic movements such as Fluxus, the Situationist International and Conceptual Art. In Voice from the Loudspeaker (1975), Vladan Radovanović dryly recites a series of literal statements that lay bare the workings of language and subjective perception: “You can hear me... This voice is in you. This voice is in the loudspeaker. This voice has nothing to do with the loudspeaker...” Comparison is easily made with contemporary Conceptual video pieces by Dan Graham (Performer/Audience/Mirror) or David Hall (This is a Television Receiver).

Works by Collective Actions and Andrzej Dłużniewski display a Situationist-like engagement with urban landscapes, and alternate systems of mapping space and recording time. Dłużniewski's Łódź Piece, Silence—9 Seconds, Circle Rotation by 17° 7 Seconds (1972) consists of a map of the city of Łódź with a circular section cut out such that it can be rotated; the map is also inscribed with the following instruction: “As the circle turns, you should imagine the sounds: rasping, bursting, breaking, cracking of sanitation pipes, water pipes, electric lines, phone lines, foundations, roots of trees, shrubs... fade to end.” The wording is wonderfully evocative: though technically silent, Łódź Piece leaves one of the most resonating audial impressions of the exhibition.

The political is always personal, and many of the artists in Sounding the Body Electric use the body as a medium for transition or translation. Documentary footage of 5x, a 1966 happening in Warsaw in which visitors bang, crash and stomp their way through a series of instrument-filled rooms like semi-destructive sleepwalkers, reflects an interest in audience participation and an erasure of the distinction between artist and audience. 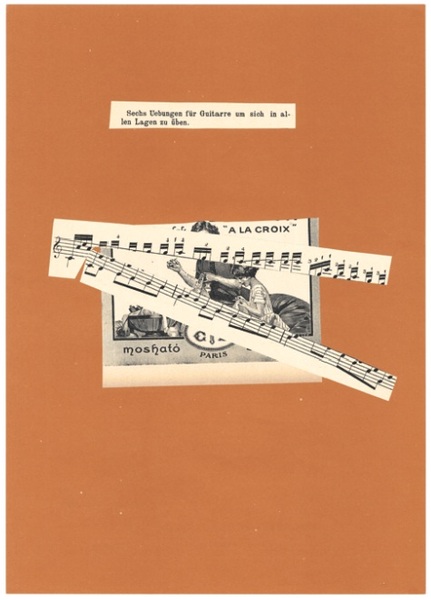 Video pieces such as Aldrin's Space Opera (1976) by László Vidovsky and Gábor Bódy, and O-Pus (1972) by Attila Csernik, Katalin Ladik and Imre Póth use physical performance to internalise synaesthetic play between text, sound and image. Language is filtered through the body and broken down into basic components such as phonetic syllables (Aldrin's Space Opera) or letters (O-Pus), rendering familiar sounds alien and uncanny. The fusion of temporal and visual elements in unusual ways is a common thread running throughout the exhibition, and a reminder that many of these artists operated in the gap between art and music: the term 'sound art' was not coined until the 1980s.

Sounding the Body Electric was first installed at the Muzeum Sztuki in Łódź, Poland in June - August 2012, and has arrived in London during a season packed with sound-focused exhibitions. It is a selection of work that deserves to be seen (and heard) more often.