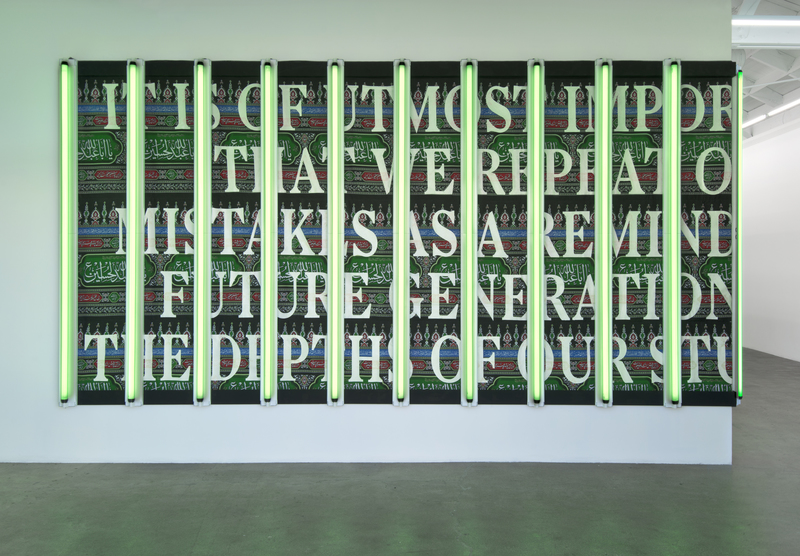 The art fair as cultural event is pretty well established now. It makes sense to use the pretext of the weird art supermarket that forms the body of the fair as an excuse for a wider programme; it adds interest and tempers the slightly distasteful frenzy that makes it so difficult to actually see the art everyone's here for.

As part of this year's Frieze New York we have the opportunity to attend a reading and Q&A session with Lydia Davis. For those of you who aren't familiar with her, as well as being a well respected translator, she's also a writer of short, often tiny, stories that, despite their brevity, still manage to capture a very particular moment in the world or the web of interaction between people. She seems like a great choice for this event because, in the way her stories expand beyond themselves and seem to draw the world into their own space, it seems possible to draw parallels between her work and some of the best contemporary art. There is something artistic about her work.

However in the comparison between visual art and literature we're entering into a very murky world. The question I originally wanted to pose in this short article is how do we separate one from the other? What are the characteristics that make them different? It quickly became clear that this is too big a subject, and to be honest I should've known better having spent a couple of years studying this relationship. There are, however, a few observations worth making.

People quite often ask, in my capacity as a critic, what it is that for me makes good art? And outside of personal tastes the best I can do to answer this question is that I look for something that operates, something that on a particular level performs a function, a movement, very similar to what we see in Lydia Davis' stories; they make a space in which a world can exist. Then we have the problem, that, if their goals are the same, what are the differences between the two fields? The obvious answer is medium; art is visual, literature bound to the written word. But inevitably this attempt at separation is spoilt by all those figures who muddy the waters: Lawrence Weiner, Christopher Wool, Miranda July, to name but a few; and then writers like Mark Z Danielewski, or George Perec whose work possesses a sculptural or visual element; and this is to ignore illustrated books, the book as object, or illuminated manuscripts etc. And of course a ton of poetry that plays with visual layout. 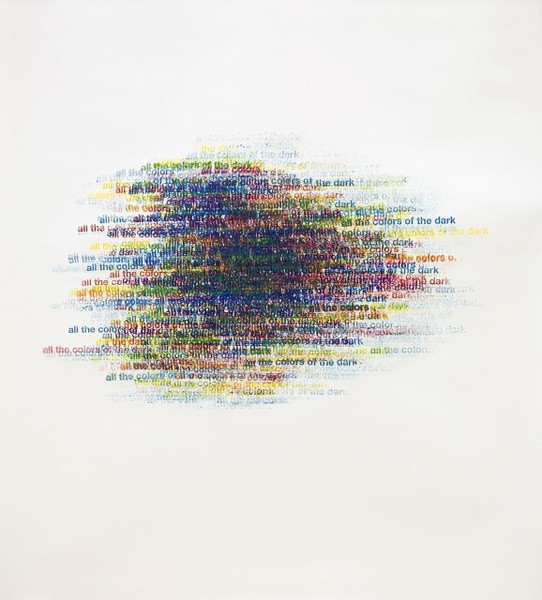 At a certain point literature can start to look like a very systematised, very condensed derivative of visual art, or perhaps, seeing how literature is tied to language, and this is the basis of all communication including the non-verbal, we can reverse our original idea. The problem being compounded by that function of language whereby it invades and inserts itself between ourselves and all our experience of the world, including that of art.

But somehow there's still a need to assert a difference; they aren't the same thing. Curiously enough, perhaps one of the ways we can do this is by looking at the element upon which the art fair rests its foundation. Literature embraces the idea of reproducibility: books are primarily distributed in their thousands; a successful book is one everyone owns, while art prefers the singularity, the one off. It is a well recognised phenomenon whereby a work of art that becomes endlessly reproduced, la Giaconda for example, in a certain way disappears; people fail to see the actual thing as it is, instead they see la Giaconda. The same can't be said of a book; in its length and the process required to experience it they defeat this mechanism, showing, perhaps, a true difference. 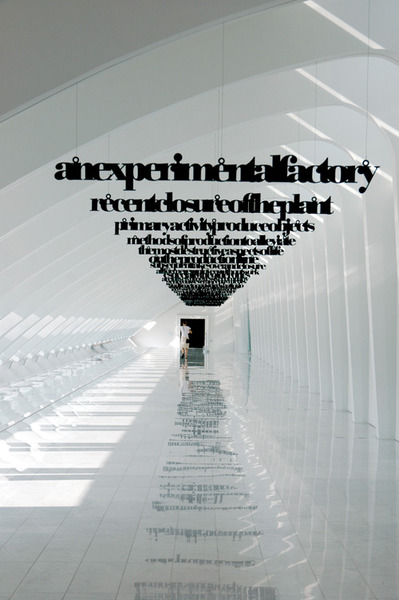 Another observation we can make from this characteristic is the commercial effect it has had on each medium in our times of effortless mass-production. The art world, that of the singular, is flourishing, as will be witnessed throughout Frieze New York, while publishing is fairly well on its knees under digital pressure. It seems curious that such kindred spirits should fare so differently through this characteristic of theirs. Either way I recommend attending Lydia Davis's reading; she is, like most of the best artists, a wonderful story-teller.