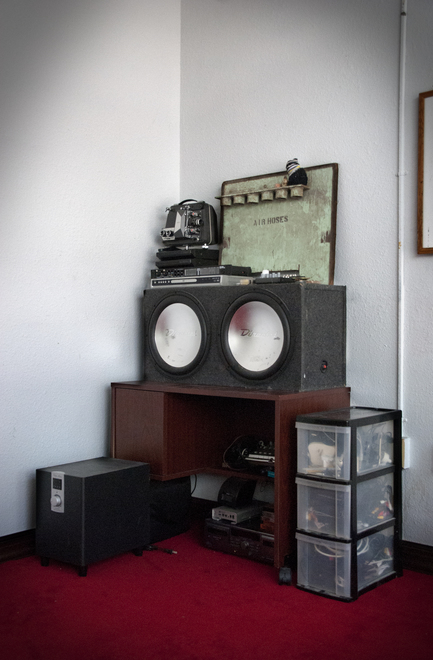 Pirate radio has a rich history in Miami, one of the most concentrated areas in the world where the production and dissemination of unlicensed sounds have long usurped unused airwaves. Emerging in the early 1980’s and all but busting in the late 1990’s, pirate radio continues to occupy unregulated frequencies despite harsh FCC regulations and corporate agendas. Adopted by independents broadcasting from rooftops to Miami’s mostly flat metro area, pirate radio stations have been effective in providing an alternative and sometimes aggressively anti-capitalist platform for music, eclectic discussion and commentary from producers/dj’s who are at the source of local rap/hip-hop, dance music, Noise and sounds from first generation immigrant groups largely of South American and Haitian decent.

Like much of the broadcast world this legacy of DIY radio has evolved into an online mode, streamed and podcasted, an as-of-yet unregulated platform. It is perhaps because of this alternative sprit that a strand of radio has crystallized a contemporary art practice/platform, sharing tendencies with LA’s Big Boy Scene, and Bad at Sports, broadcasting from home bases in Chicago, San Francisco, Detroit and New York City, but also nomadically. In Miami this newer thread of independent radio has come to include more discursive structures, archiving, and event-based programming that is “time-specific” as well as “site specific radio”, and perhaps most interestingly, it has taken on a role of alternative education. This last item is significant in a city whose major stake in cultural life is the development and presence of MFA graduate programs.

This newer strand has been largely developed by Argentinian born, Miami-based artist Agustina Woodgate, whose bilingual, nomadic online program Radio Espacio Estacion has brought her to KW in Berlin amongst many other places to perform radio actions, notably also for the Kulturpark project in the same city the summer of 2012. Recently, collaborations with Tania Bruguera have shown that Woodgate’s broadcasting interests hinge upon social practice, while the bilingual quality of her programming serves as a dedication to cultural exchange at an intimate level. 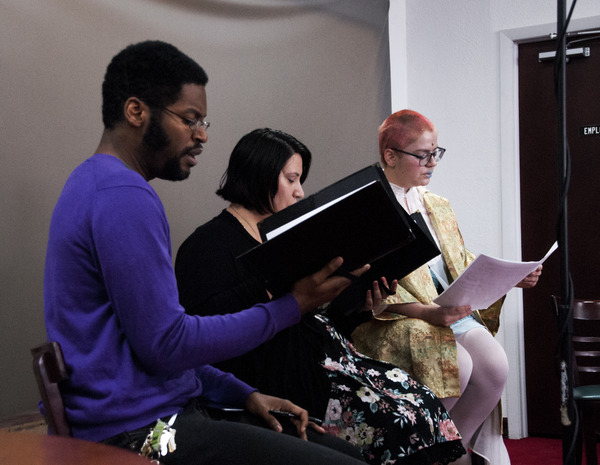 A more recent collaborator turned independent practitioner, Patricia Margarita Hernandez, of the artist run project the end/SPRING BREAK,[1] is carrying through a new endeavor that takes on the character of happenings. Hernandez’s program, Electric Lunch, is unique in its regular broadcast structure, airing on Wednesdays and Fridays as well as additional event driven broadcasts that range from female vent sessions—“Ladies! Hubby goofed up this morning? Come in and rant about it!”—to ongoing collaborative seminars with progressive academic think tanks such as the burgeoning Miami-based Particlehaus, to creating experimental platforms for both local and visiting artists and musicians. Gathering support from the Miami Downtown Development Authority (DDA), Electric Lunch has a dedicated studio which welcomes audiences to view and at times participate in broadcasts at 176 NE 1st St, Miami, FL 33131, though it continues to embrace the idea of nomadic radio, picking up and broadcasting from exhibitions, kitchens, temporary performances, and so on. Stay tuned.

[1]the end / SPRING BREAK is a nomadic artist-run project committed to developing new modes of considering issues in contemporary art and culture within South Florida communities. Their focus is to develop programming that seeks to engage our audience as participants and elicit a discussion surrounding the thematic concept chosen for that event. In collaboration with various artists and members of the community, their goal is to stimulate a dialogue that will enable one event to inform another in a manner that reflects the movement between the different methods of presenting ideas.

Posted by Amanda Sanfilippo on 5/7/13
RELATED ARTICLES
COMMENTS (0)
ArtSlant has shutdown. The website is currently running in a view-only mode to allow archiving of the content.