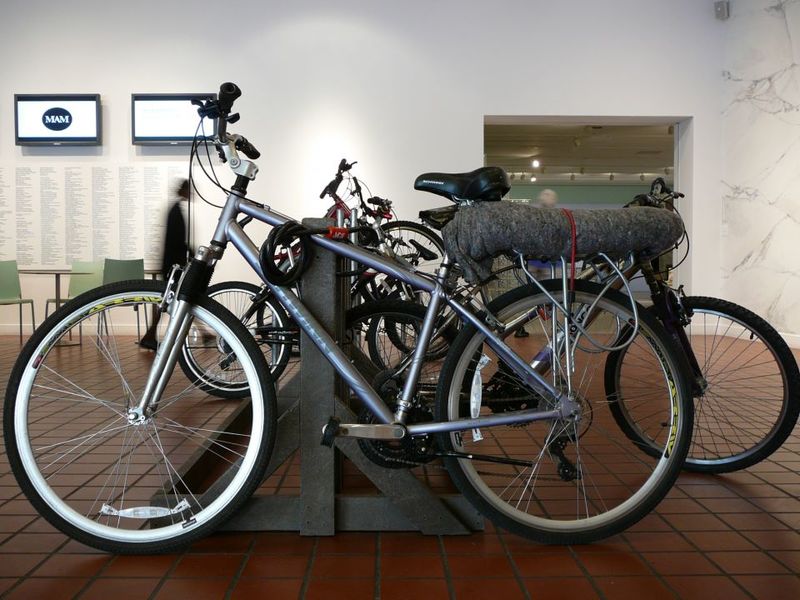 New Work Miami 2013 currently on view at the Miami Art Museum has churned up several points that are both unremarkable and as unique as the composition of the dirt beneath our feet. In Miami, the bay-dredged soil is composed mainly of oolitic limestone, a mixture of sand and the prehistoric creatures that left their legacy in shell. It is an unusual composition found only in this region.

Engaging in an experimental exhibition format, curators Diana Nawi and Rene Morales encouraged two design-minded artists (Moore and Castaneda) to meddle with the gallery environment and collaborate / co-opt a number of other artists into a mis-en-scène tango. Save for missing a band of pink neon here and there, it is a vain but glorious verisimilitude of the city’s material culture. The resulting exhibition includes some of Miami’s best visual tropes as well as work less explicitly focused on this oceanside metropolis. Described in the curatorial statement as a show composed of a diverse and complex selection of artists from a diverse and complex city, the twelve or so new commissions seem a deliberately random sampling of artists that happen to live in Miami at the moment, rather than a thematic selection of practicing Miami-based artists. Nevertheless the works have gelled into an aesthetically beautiful and well-paced exhibition.

Working with a small but rapidly developing community of artists, the problems of running such a project create a crisis of inclusion, an unavoidable politics of selectivity faced by all institutions engaged with their own local communities. This issue is not new, but was already taking shape in the first New Work Miami, inaugurated in 2010. (2013 is the second installment.) This year the selection process is under increasing scrutiny and public speculation is wavering towards two unglamorous mediocrities: 1) Are we running out of good-enough artists? And, 2) Don’t worry, everyone will get a ride eventually. 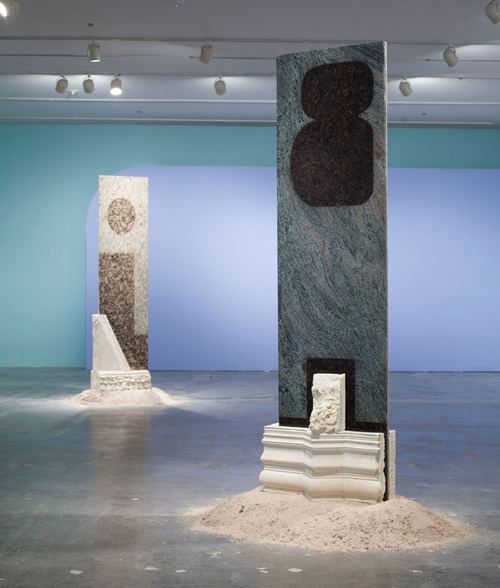 Yet this unease over selectivity is generative as it unavoidably opens up the divisive and salient issues of the cultural maturation and the quandary of regionalism Miami presently faces – one could argue its greatest and most important challenge in becoming a respected cultural city. This issue has not changed since it was raised by Tom Hollingworth in 2010. When asked Hollingworth was remiss to describe a Miami style, a consistent thematic or aesthetic approach to making art. And we could ask – is this an impossible expectation? Is regionalism and geographic ghettoization a relic of the post-internet world? Certainly not, and developing an aesthetic or identifying broad thematic strands might signal a kind of cultural maturity or at least a coalescing of artistic focus.

This tension is palpable in the city, and it boiled over memorably at a round table discussion at Locust Projects entitled the Miami Vernacular. While not all conversation that evening was objective or necessarily innovative, a raucous debate ensued in which a globalizing force capable of legitimization butted with a quest for underwritten history and a hunger for a more satisfying contemporary identity. As players in the midst of a developing city there lies a responsibility to help to formulate this identity and attempt to create shows that chime with its moment of presentation.

With that said this process runs the risk of reductionism or bullying work into a thematic. In this light perhaps it is useful to talk about form vs. content. If an artist chooses Miami or tropicality as subject matter and shows an interest in vernacularism, this is more or less an issue of content. Likewise practices using the form of reportage or documentary may not be worthy of the same attention as other forms that lend the experience of an original artistic culture. Geographical or regional curating is surely one of contemporary art’s greatest institutional challenges. But the simple question remains: “What is happening here that is not happening anywhere else?”

On this last point New Work Miami 2013 gives hints, which in some cases is better than statements. It alludes to an attention to surfaces (Valdivieso, Holohon); fantasy, faux finish (Beltran) both literally and figuratively; and other important themes such as aspiration (Sanchez-Calderon); elitism and classism, tourism vs. nativisim, the conviviality of excess. Some artists tick some of these boxes but somehow miss the mark, generating little beyond their aesthetics. Moreover, there is a need to put these new works in context with the breakthroughs of Miami’s last generation of artists which commingle with today’s, creating the streak of a continuum as unique as the oolitic soil we stand on.