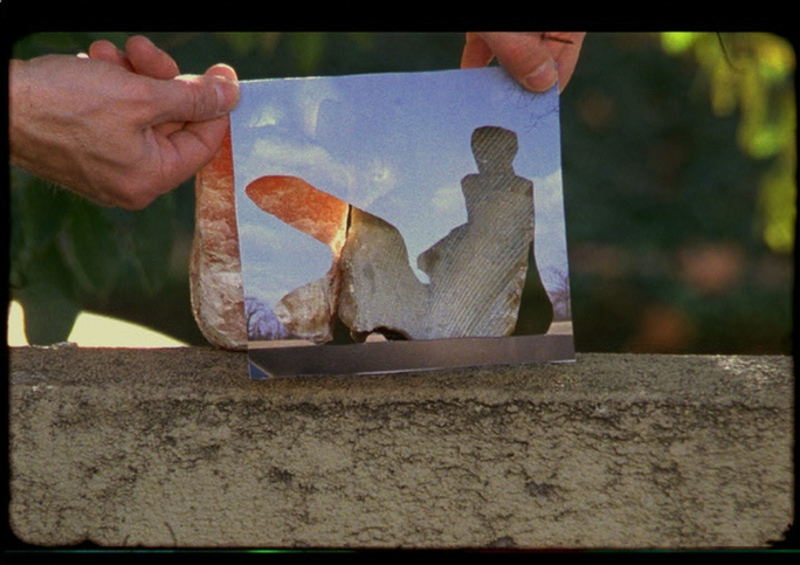 In science, the “observer effect” refers to the phenomenon that the act of observation itself changes the subject of observation. Quantum mechanics goes a step further and takes for granted that a system cannot be observed without also being changed. The solution is to consider the observer as part and parcel of the system. Observer Effect, curated by artist Carrie Gundersdorf and Gallery 400 director Lorelei Stewart, tests the hypothesis that artistic practices are analogous to scientific processes in the production of knowledge through observation and investigation:

Observer Effect examines how artworks incorporate processes akin to the scientific method as a means to examine and understand specific phenomena that exist in the world. Each artist’s idiosyncratic approach of observing and understanding his/her distinct subject matter reveals the artist's own subjectivity through this process, and discloses how each artist, the observer, is part of what is being observed.

The scientific method involves observing a phenomenon, formulating a question, researching, constructing a hypothesis, conducting an experiment, and drawing a conclusion. Do artists incorporate similar, albeit individualized and subjective, methodologies while creating artwork? Upon arriving at Gallery 400 for the bustling opening, I was initially struck by the wide range of media presented, not only within the exhibition itself (albeit mostly two-dimensional), but also by several of the artists. Gundersdorf and Stewart made the notable decision to limit the group exhibition to six artists, with the result that many of the artists could exhibit a large amount of work within the sizable confines of the gallery. I expected a show with such an ambitious concept to be more controlling and cooler in approach, but the overall feeling is quite approachable and even playful. Eye-catching aesthetics are not sacrificed. Rather, the exhibition brings together artists for whom material and concept are inseparable, all the while remaining conscious of the possible caesura between observation and the production of meaning.

Works by Jessica Hyatt and Steve Roden are interspersed throughout the gallery, spanning media and styles to the point of being unrecognizable, if not for the wall labels. Hyatt’s work revolves around identity and naming–specifically, her name–and her vastly different aesthetic choices are the result of researching various people online possessing her same name. Allow me to Introduce Myself; My Name is Conquer the Magic (2008–) is a painting resembling another Jessica Hyatt’s horse, while for Jessica Hyatt’s Signature Ramekins (2009–) and Jessica Hyatt’s Signature Dish (2013), the artist baked a dessert for gallery visitors to eat based on dishes by a dessert chef of the same name in ceramic ramekins made by the artist. Finally, in Zeno’s Paradox; Thank God for Infinity (2010), Hyatt used profile pictures of every Jessica Hyatt on Facebook to create photographic abstractions reminiscent of Josef Albers’ color studies in a more muted palette. 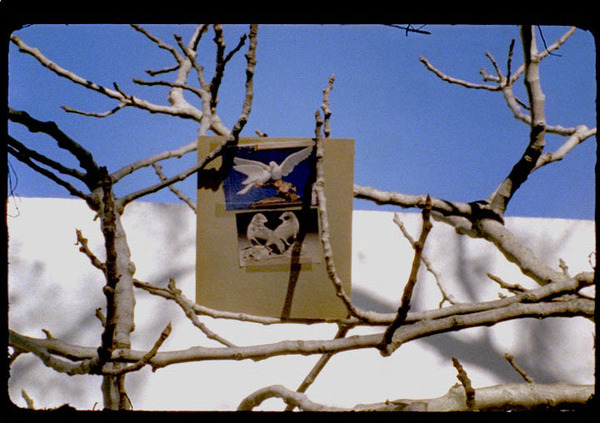 Steve Roden’s work, on the other hand, is united visually by popping colors and textured abstractions. Roden translates informational material such as maps or texts into musical scores he uses as arbitrary systems governing his process, or in his words, as “a kind of formal skeleton.” Observer Effect shows selections from his stones throw series, in which Roden used objects left in his grandmother’s studio when she passed, including half-carved stones and a quote by Henry Moore she wrote on a small piece of paper, as points of reference and inspiration. Included in the exhibition are three paintings, an artist’s book, and a 16mm film diptych transferred to video, striations (2011). Roden often works with sound both as a medium and as the basis for his visual work, but striations is surprisingly silent, relying instead on fields of color and juxtaposed imagery to leave the viewer with a tinge of nostalgia.

John O’Connor also invents complicated systems of numbers and colors, sourcing such texts as the Bible or news media that contrast conceptually with his resultant bright and abstract drawings. Jorinde Voigt adopted scientific process and language in Epikur (2012), using algorithms to inform the drawing process, sketched diagrams, and poetically abstracted written references to physics. Named for the ancient Greek philosopher Epicurus, the drawings are installed as a group and involve delicate graphite and ink lines with gold leaf applied to the surface. In her mixed media pieces Untitled (Affirmations for Living) (2012), Steffani Jemison reworked text from a poem entitled “If I Could,” a prologue to a novel found by the bedside of murder victim Derrion Albert, whose brutal beating was videoed in Chicago in 2009. Jochen Lempert is the only artist in the exhibition with a scientific background, having previously studied biology. His photographic series Fly (2008) embraces the materiality of analog photography while bordering on abstraction, each image focusing sharply only on a fly in flight. 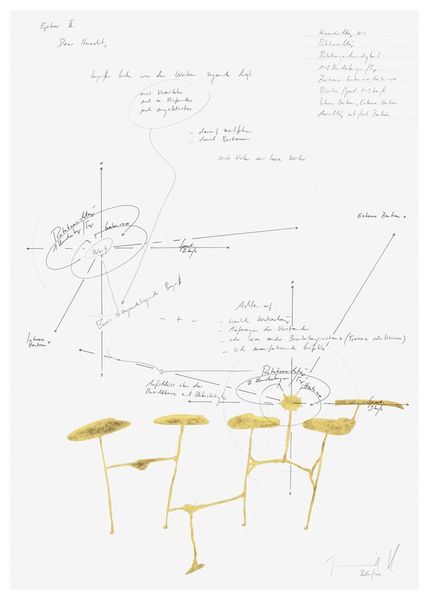 So what conclusions may be drawn from Observer Effect? The intersections of art and science are familiar territory for exploration, from bio-art and studies in art and technology to themed exhibitions, grants, and centers for art, science, and technology. What differentiates Observer Effect from this vast field is its focus: the exhibition is less concerned directly with science and more with the usefulness of the metaphor of scientific methodology and investigation. Rather than striving for the predictability and reproducibility requisite for successful scientific experiments, these artists are distinguished by their embrace of conceptual investigations that, while perhaps methodical, are open to subjective experience and chance outcomes.