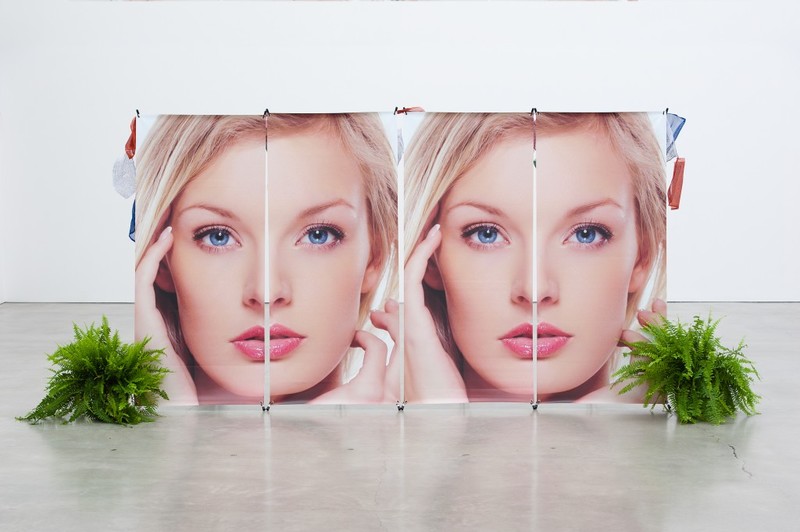 Probing our psyche with subjects as disparate, but nonetheless economically, socially and ontologically relevant as Nike, Unilever and the Transformers movie series, American consumerism functions as the axis on which Si-Qin investigates our globalized society. An example of this is Axe-Effect, from 2011, which contextualizes the male-oriented hygiene product of Axe body wash -- a neon colored, pheromone altering liquid -- as a present day manifestation of a product rooted in the logic of evolutionary biology. The aggressively advertised soap and deodorant is linked with male dominance and hyper-sexualization, two traits that have been adopted into marketing strategies due to their ability to stimulate desire based on an underlying procreative advantage.

Our interview, conducted via email, begins with Si-Qin's recount of his artistic relationship with philosopher Manuel De Landa, which serves as a launching point for his oeuvre's intellectual framework. 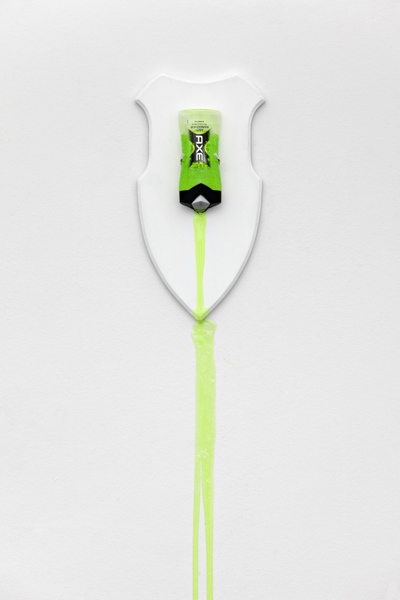 Timur Si-Qin: A couple years ago I was lucky enough to encounter the writing of Manuel De Landa. His philosophy, which begins as an analytical reinterpretation of continental Deleuze instantly attracted me because it made use of science. In particular nonlinear dynamics (a.k.a. chaos theory), which had fascinated me some years prior but was until then very remote from philosophy or art. Nonlinear dynamics is fundamentally about patterns in complex systems and therefore pertains to practically everything (from population growth to brain cells to the stock market). The interesting thing about this science is that it shows that reality, far from being comprised mostly of random events and noise, is actually highly structured, albeit inherently unpredictable at every scale.

De Landa was able to take this knowledge about the world from math and science and show how history, economics and matter itself all behave according to these tendencies of self organization. What this way of looking at the world provides is a way to explain all the diverse patterns of being and becoming that we are witness to in reality without resorting to supernatural or essentialist claims.

Devon Caranicas: How do you see this position relating to contemporary art production?

TSQ: In a way I see this philosophical perspective, which is technically a realist position, as pointing a way out of post-modernity in that it makes a claim on reality and refutes the post-Kantian assertion that we don’t have access to reality because of the filters of language or ideology. 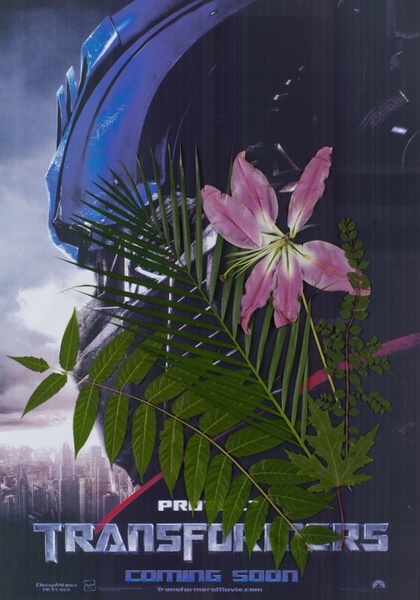 DC: I know that the work of literary theorist Brian Boyd, specifically his book On The Origin of Stories, has played a large role in works such as The Axe Effect and Mainstream, which highlight consumerist products in relation to our evolutionary predispositions to sex, health and fear. Can you discuss this link?

TSQ: After getting into De Landa, I realized that in order to arrive at a realist-materialist position to art one would have to find and consider the actual reasons behind the creation and consumption of art -- and since art is made by humans, an animal species whose behaviors are arguably the result of millions of years of evolution, I looked for an evolutionary account of art, and luckily I found Boyd who had researched and wrote this wonderfully robust account of art (specifically fiction) from an evolutionary perspective. An evolutionary account of art has incredible explanatory power to shed some light on why we respond to art, or patterns of information in the ways that we do. If I would have to bet, I would wager that in the next five to twenty years an evolutionary perspective on art will become dominant in art theory in the same way that evolutionary psychology has become dominant in the field of psychology only in the last twenty to thirty years.

DC: How specifically do you see this evolutionary explanation displaying itself in our daily lives?

TSQ: I am fascinated by mechanisms and behaviors of popular culture because to me they reveal our deep past. Since (evolutionary) psychology plays such a prominent role in marketing one can argue that there is a causal link between the forms that products take and our own genetic history. For example the types of narratives that Hollywood movies repeat over and over again (in fact there are algorithms able to determine how much money any given script can generate in theaters), narratives involving romance, violence, power, love are so powerful because they harness our brains' evolved bias in preferring narratives that are or were in some way relevant to our survival as individuals and as a species.

The reason people are obsessed with celebrity gossip is most likely because for our ancestors, information about powerful people in one’s social group could have relevant value to one’s own life since small populations meant you would most likely run into these people some day. But today, what Paris Hilton does on any given day does not affect me, yet our brains still hold these structures of our past. The same goes for products such as shoes or bags.

DC: And how does this relate to commodity consumption?

TSQ: There is an evolutionary sub-theory called signalling-theory or costly-signaling-theory which basically examines the way that individuals in a species communicate their fitness to one another. It seeks to explain behavior such as risk taking or generosity which at first glance don’t seem particularly adaptive but are actually ways that individuals are able to communicate their fitness. Material goods and name brands are ways that we signal our fitness today. Be it to the opposite sex or friends or whomever. It is in our nature and therefore just as interesting, revealing, and beautiful as nature itself. 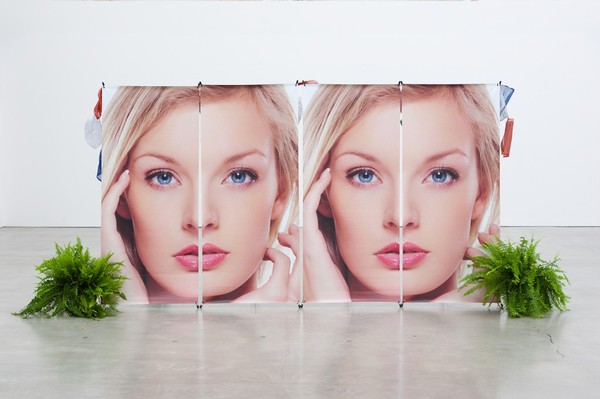 DC: In your most recent show with Katja Novitskova at the Center for Curatorial Studies at Bard this past spring, you have one work in particular titled Selection Display: Ancestral Prayer that combines display banners of a woman's face with Tibetan prayer flags. I find the piece particularly compelling for its synthesis of old and new, consumerism and tradition. I'm curious as to where the image was sourced from and what role the prayer flags serve in their juxtaposition to the flawless face of the woman.

TSQ: In Selection Display: Ancestral Prayer I used Tibetan prayer flags in order to reach a certain point of balance in the work. The image on the display banners is of a woman’s face that I selected and purchased as a stock photo and is inspired by any beauty product ad and display you can see everywhere all around the world.

The image accesses our brain’s facial evaluation architecture which is one of, if not the most, robust visual processing modules of human brains. On top of that, it is an attractive, highly symmetric female which accesses all sorts of other stuff in the brain depending on the viewer. In this way it is no wonder that this type of image is so powerful in selling products and is therefore so ubiquitous.

The prayer flags in a way are just as ubiquitous and therefore form a set with the display banners. The flags could in some senses be political yet the work is not seeking to take a political position. The prayer flags, to me, act as a way to contextualize the commercial display as emerging from a complex world. A world that doesn’t make statements or take sides but organically grows all the things that do. In a way the flags point toward the real spiritual (and faux spiritual) quality I find in commercial advertising and popular culture. It is very serious and at the same time a joke -- like life.

DC: So what's next for you?

TSQ: I’m doing a residency at SPACE in London starting in September. A show at Bonner Kunstverein in about a year and some group shows in between.

ArtSlant would like to thank Timur Si-Qin for his assistance in making this interview possible.

Posted by Devon Caranicas on 9/8/12
Tags: mixed-media, installation
ArtSlant has shutdown. The website is currently running in a view-only mode to allow archiving of the content.