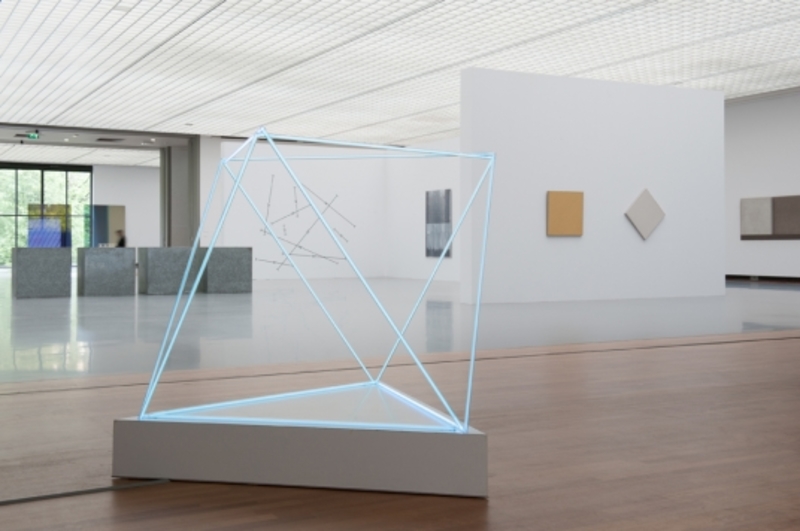 Minimal art is to art what art is to things at large. Respected, but somehow standing out as a little too elitist, an easy way in the complexity of a larger universe. After the first round of sixties minimalism has been fully incorporated by institutions all over the world, even somebody who appreciates abstraction and is privy to art history might be caught frowning upon an industrially-manufactured monochromatic cube. Tackling minimal aesthetics today requires a little more sophistication than the faux naïve “there is nothing to get about it, really.” Minimalism is perhaps the purest art form for inviting viewers to try to perceive things differently, but nowadays to practice it the old school way feels a bit dated.

The comprehensive group show at Rotterdam's Museum Boijmans tries to take a look at what's happening in minimalism right now, putting it side by side with its original pioneers. Interestingly, in order to provide a wider perspective, the exhibition showcases both the unquestioned American masters (LeWitt, Judd, Andre, Flavin, Morris) as well as perhaps lesser-known artists from European movements in Germany and the Netherlands (Peter Struycken, Jan Schoonhoven). 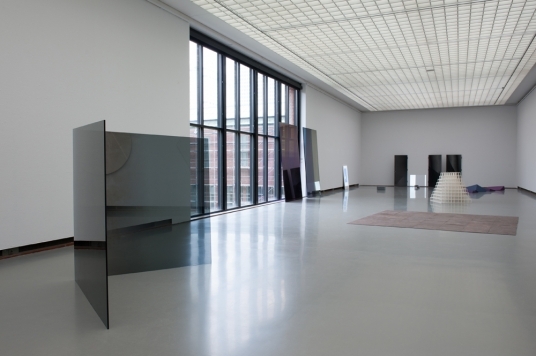 A step back now. A few years ago, I visited another exhibition at Berlin's KunstWerke, curated by Klaus Biesenbach and titled Political/Minimal. The institution was focusing on the reclamation of minimal aesthetics by contemporary artists with political messages, who no longer looked down upon metaphor as before (minimalism killed metaphor, I once read in a Brian O'Doherty essay). The show gathered works by Santiago Serra, Felix Gonzalez-Torres, Damien Hirst, and many other big names, and its limits exposed art's paradoxical relationship with language, the difficulty of maintaining a perfect balance between beauty and the communication of direct political messages. Whenever I visit a political or a minimal show, I compare it to that exhibition and, needless to say, it stood forefront in my mind when I visited Minimal Myth.

Approaching minimalism as a “myth” perhaps already encapsulates the paradox mentioned above. The exhibition’s vast catalogue seems to aim at indexing the aesthetics rather than digging for specific trends. Unlike Political/Minimal, Minimal Myth feels more like documentation than it does statement. The documentary angle is suggested, for example, by the unusual number of video pieces featured: Martijn Hendriks' is in direct dialogue with John McKracken's words, while Lydia Gifford presents a raw and performative arrangement of her signature unpolished sculptures (also on show). Another video is a rendering animation by Chris Cornish, showing a reflecting surface sitting diagonally in a room, hiding a smoky mass agitating behind it. All these pieces can be seen as minimalism taking a step back and looking at itself from the outside, which is also the case for the conceptual incursions by Mel Bochner (with his wall measurements) and Bernd and Hilla Becher's neat photo documentation of architectural relics. 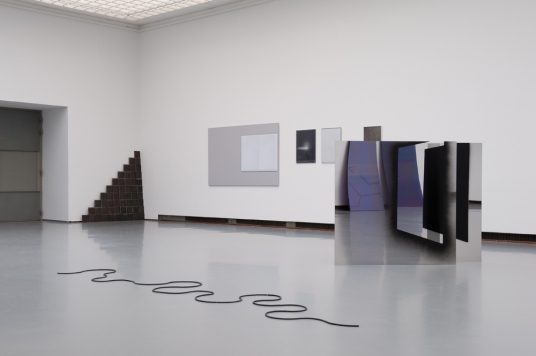 A couple of the pieces on show might have made it in the KW roster in Berlin too, like Marieta Chirulescu's lo-fi xerox aesthetics and Oscar Tuazon's Dead Wrong, an irregular cement addition seemingly erupting out of a wall and onto the floor. Like Tuazon's artwork, Kilian Ruthemann's Sugary Slope is also a sort of illusion, something that interacts with the white cube more than filling it: a sloping wall literally covered in sugar.

Other highlights include: François Morellet's flickering neon sculpture (which could have been placed a bit closer to the Flavin pieces, I think), Raphael Hefti's monumental iridescent mirrors (simply beautiful and captivating), and Nicholas Knight's translation of Dostojevski's message in a logical diagram on a wall (despite being more conceptual than minimal).

As a survey, Minimal Myth is successfully able to put a certain aesthetic in a dialogue with other trends, but for this reason it lacks the narrative punch of Political/Minimal. If you love minimal art, though, that doesn't really matter.