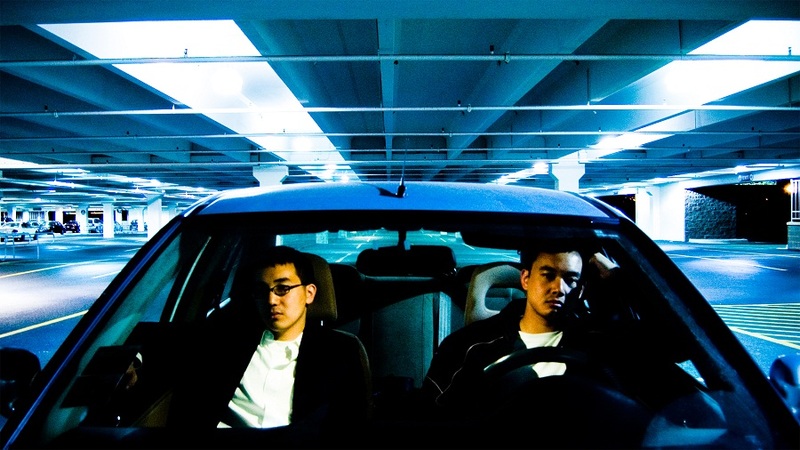 How Do I Fit Into This?

What is perhaps most effective about America through a Chinese Lens is the vision of its curator. Herb Tam, who is also director of exhibitions at the Museum of Chinese in America, draws from his own insight as a Chinese American. Using his intricate understanding of the history of American photography, Tam presents a powerful exhibition that examines not only the perspectives of Chinese photographers confronting American ideals and realities, but more broadly illuminates some of the essential concerns that have defined the last century of photography in America.

America through a Chinese Lens is structured on three major themes of landscape: the natural, suburban, and urban. The exhibition begins with the late artist Tseng Kwong Chi’s black-and-white self-portrait as an isolated figure gazing into the vast expanse of the most iconic of American settings, the Grand Canyon. Tseng poses the initial fundamental question underlying the exhibition: “How do I fit into this?” The myriad responses to this question in the show reflect the experiences of contemporary Chinese artists at various stages of their careers – most of them currently based in New York City, but also visiting foreigners.

Selections from Hai Zhang’s series, To Kill A Mockingbird, were produced on road trips to rural parts of Alabama between 2006 and 2012. His images recall the great American tradition of travelling cross-country by car. Zhang engages with white, black and Asian subjects living in this region, and his photographs of empty roads and decaying architecture are reminiscent of William Eggleston and William Christenberry in the manner they describe both natural beauty and states of abandonment and neglect. 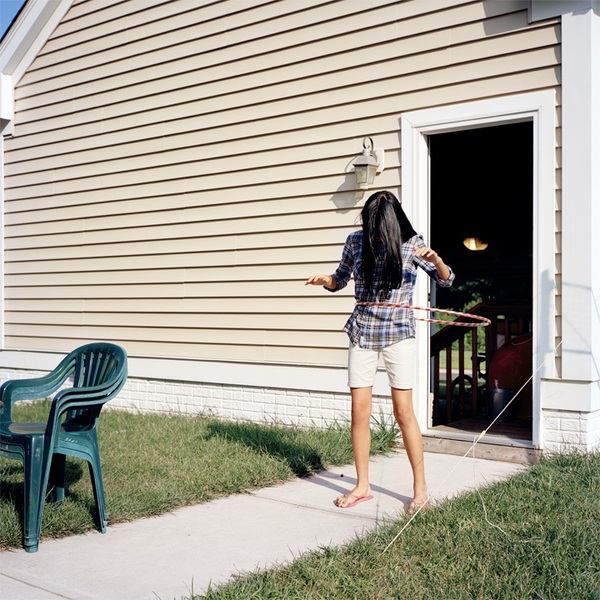 Julie Quon, Hula Hoop, 2011; Courtesy of the artist and MOCA

Yan Deng, Julie Quon, Ka-Men Tse and Wing Young Huie all address the complexities of assimilation and alienation in suburban America through a personal and sociological lens. Quon questions the impact on identity wrought by conventions of the middle class, and in particular adolescents. In one image, the artist’s niece appears standing outside a clapboard house with a hula hoop twirling around her waist. Her thick dark hair conceals her face, and by extension, throws into question her identity. She, as well as the young people in Ka-Men Tse’s and Yan Deng’s works, appear to exist in spaces that simultaneously convey safety and material comfort on the one hand, and boredom, isolation, and anonymity on the other. 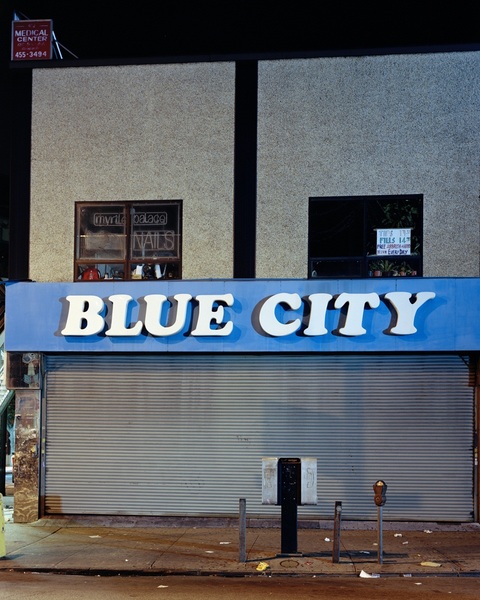 In contrast, and in an equally disconcerting manner, the American city is portrayed as sexy and sinister. Wayne Liu’s ten-minute digital video, East of Broadway, captures a series of atmospheric shots of advertisement rental spaces in New York City’s Chinatown, illuminated by streetlights and passing cars. Jiajia Zhang’s Face of Commerce consists of cinematic nocturnal stills of the facades of deserted storefronts enlivened with names like Blue City, Pretty Girl and Bubble K. Intentionally or not, both artists romanticize the urban landscape’s decline.

America through a Chinese Lens opens a dialogue about the American Dream–the imagined possibilities for material and psychological well-being stimulated by this dream and the ironic sadness and marginalization that so often result. Tam creates a deeper understanding of this dialogue not only with an eloquent curatorial text, but also in the decision to include historic family photographs and snapshots by various non-professional Chinese photographers from the MOCA’s permanent collection. These are woven throughout the exhibition, delving further into the experiences of Chinese immigrants claiming a new space and cutting up their slice of the American pie.