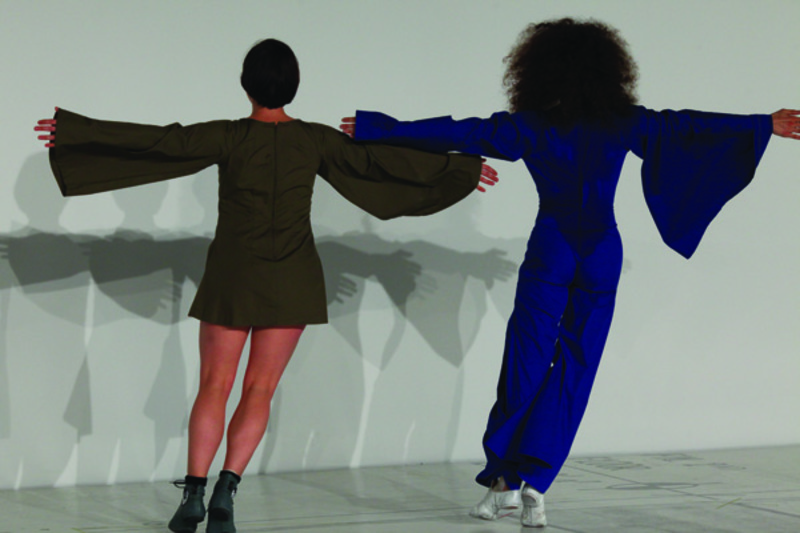 by Andrew Berardini
After reading over eighty years of articles about the Whitney Museum of American Art's series of annuals and biennials, one almost wonders, "Could they actually have been that bad?" Exempting this latest edition, the Whitney has, so as we can tell, the longest ongoing tradition in contemporary art of people really, really hating it.

In an act of rebellion, we've decided to love the Whitney Biennial, not piece-by-piece, but the whole institution. We've always had a soft spot for unloveables.

What follows is a short list of critical viewpoints and other milestones in the history of this peculiar institution in American contemporary art. 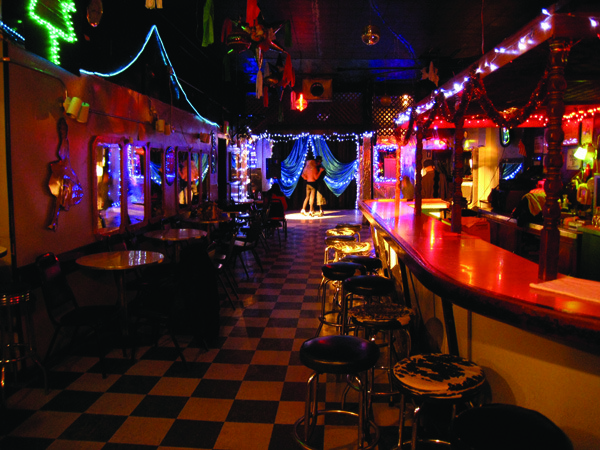 1932: The very first of the Whitney's series of Annuals and Biennials begins as a once-a-year affair. It is also begins the tradition of the critics hating it: "Indeed, no more telling evidence of the deplorable state of American art has ever been assembled," reported Charles Craven in The New York Herald Tribune.
1939: Time Magazine on 1939 Sculpture Annual: "Last week the 1939 show opened, and by the time the critics had written their reviews, the droop became a full-fledged wither." Some things never do change.
1946: Jackson Pollock makes his Whitney debut. Some people actually start to care about American art. Clement Greenberg commented at the time "This year's Whitney Annual is no worse that last year's, which amounts almost to an improvement, since each of the annuals in the three or four years previous had been worse than the one before it."
1949: The New Yorker: "a sequence of lapidarian perfection as is rarely encountered in the haphazard array of a group exhibition." We were stoked by the word "lapidarian" as well as the rare compliment; it almost didn't matter that we hadn't heard of practically anybody in the review.
1953: After participating in seven Annuals in five years, Mark Rothko refuses to be in the Whitney Annual.
1957: Mark Rothko turns down an invitation to the Whitney Annual (again). 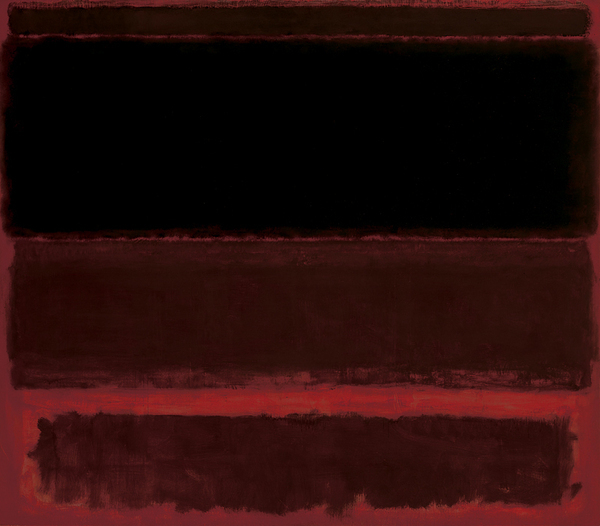 Mark Rothko, Four Darks in Red, 1958. Oil on canvas, 102 × 116 in. (259.1 × 294.6 cm). Whitney Museum of American Art, New York; purchase with funds from the Friends of the Whitney Museum of American Art, Mr. and Mrs. Eugene M. Schwartz, Mrs. Samuel A. Seaver, and Charles Simon  68.9.
1967: The Annual begins to become more "curated," this edition focusing on metal sculpture. This year the museum starts charging admission.
1973: Combining the Sculpture and Painting Annuals, the Biennial is officially born. Lawrence Alloway observes in The Nation that "the mixture seems more than twice as bad as when the two media were shown apart." It contains a modest 221 artists.
1975: "Mr. Kramer would have none of it. 'The Whitney curatorial staff has amply demonstrated its weakness for funky, kinky, kitschy claptrap in recent years,' he wrote in a review of the 1975 Biennial, 'and there is the inevitable abundance of this rubbish in the current show.'" From Hilton Kramer's recent obituary. RIP.
1977: In the New York Times, Kramer's review carries the headline: "This Whitney Biennial Is as Boring as Ever."
1981: The first corporate sponsored biennial, brought to you by the American Can Company.
1987: Blandly well-liked, notable only really for the protest by the Guerilla Girls and as Roberta Smith in the New York Times puts it "the dubious distinction of inaugurating the Starn Twins." 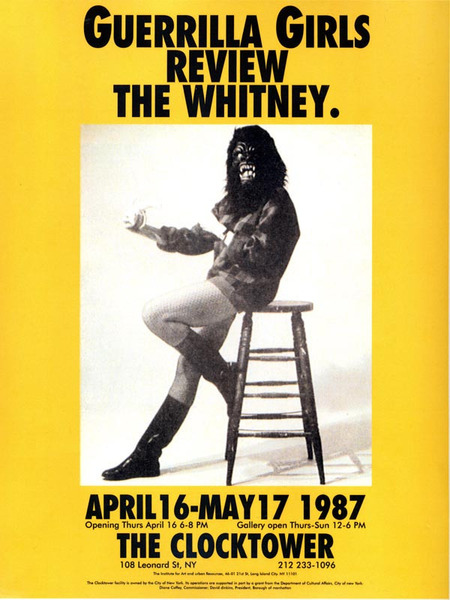 Reproduction of poster for Guerrilla Girls Review the Whitney, on view at the Clocktower, New York, April 16-May 17, 1987.
1989: Begins what the New York Times calls a decade of biennials that could be collectively called "We're Sorry."
1993: Basically the most reviled Biennial of all time. Daniel Joseph Martinez had buttons handed out that said "I can't ever imagine wanting to be white." Numerous visitors at the time came to a consensus that nobody could imagine ever wanting to be Daniel Joseph Martinez. The highwatermark for political correctness and identity politics.
1995: For the first time, artists are included who live outside of the United States. By the 2000s, inclusion in the Biennial only requires that you might have once, possibly transferred through JFK.
2002: The headline for the three different critical takes in Artforum International for this year's biennial, curated by Larry Rinder, was "Mild About Larry."
2004: The first biennial with a title, "Day for Night." The title according to most critics is about the only thing that held the exhibition together.
2006: According to the New York Times, this year's edition reveals that art is now "a barnacle clinging to the cruise ship of pop culture."
2010: This year, the Whitney Biennial didn't happen. Or it happened, and was so anodyne that basically no one remembers it.
2012: Weirdest. Year. Ever. People seem to really like it. To his own surprise, the New Yorker's critic Peter Schjeldahl calls the latest Whitney Biennial "enchanting."
--Andrew Berardini
(top image: Sarah Michelson, Devotion Study #1—The American Dancer, February 26, 2012 at 2012 Whitney Biennial, Photograph © Paula Court.)
Posted by Andrew Berardini on 3/25/12
Tags: Whitney Biennial
RELATED ARTICLES

In Conversation: First Impressions of the 2014 Whitney Biennial Group Exhibition
3/6/14

GEOslant: Natalie Hegert at the Whitney Biennial Group Exhibition
3/25/12
COMMENTS (2)
The Whitney Biennial
Obviously the Biennial has always been a success. It has accomplished in creating strong emotional responses, which is no easy task. Yet the Biennial has succeeded in doing just that year after year. Who said art had to please.
Comment by: Mariana Maldonado on Sunday 04/01/12 at 1:33 PM
Thanks
Thanks Andrew Berardini. It is comforting to know that my own personal contempt for the Biennial is joined by legions of museum goers throughout the history of this sad show. R. Wallace
Comment by: Robert Wallace on Wednesday 03/28/12 at 11:22 AM
ArtSlant has shutdown. The website is currently running in a view-only mode to allow archiving of the content.