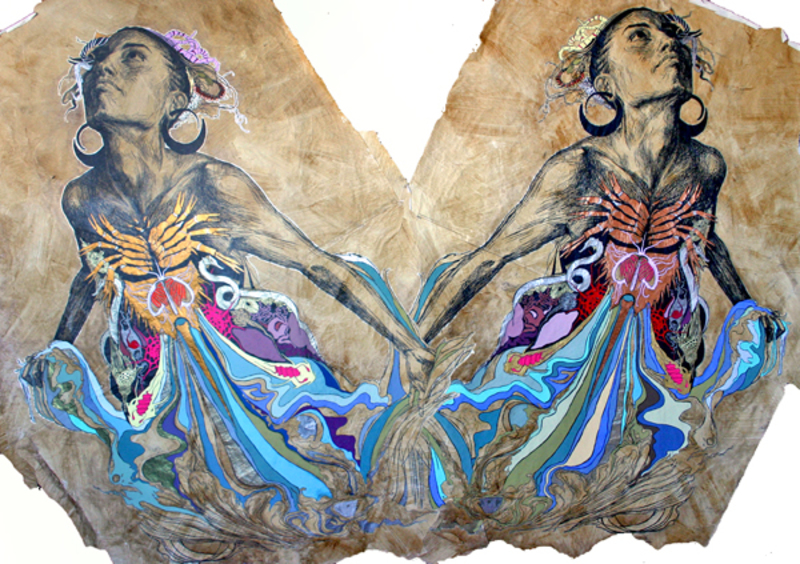 FOUNTAIN: Movin' on Up

The Armory show may be the polished business man of fairs, but New York’s satellite fairs have personalities of their own. Volta is the Armory’s ambitious and brilliant little brother, SCOPE is the party-loving, creative sister, and then there’s Fountain--the nonconformist red-headed step child. For the past six years, Fountain has offered fairgoers an alternative art fair experience during Armory Arts Week, shirking white walls for plywood, and conceptual art for gritty street art and illustrative based work.

Living up to its anti-fair ideals in previous years, Fountain rejected the sleek and put-together pavilion style venue and instead went the pirate’s route by housing their project atop the two rusty tugboats that make up The Frying Pan restaurant. Visitors walked over wooden planks to board the creaky vessel, passing through a thick haze of smoke from the restaurant’s grill before approaching the first exhibition booth. With the not-so-faint smell of hamburgers in the air, the two tugs exhibited a collection of alternative galleries, DIY spaces, street artists, and collectives, heavy on the screen prints and experimental, and also on affordability. The fair bobbed and bounced in the Hudson River, as if to taunt the Chelsea arts district from across the West Side Highway, declaring its presence and staying power. 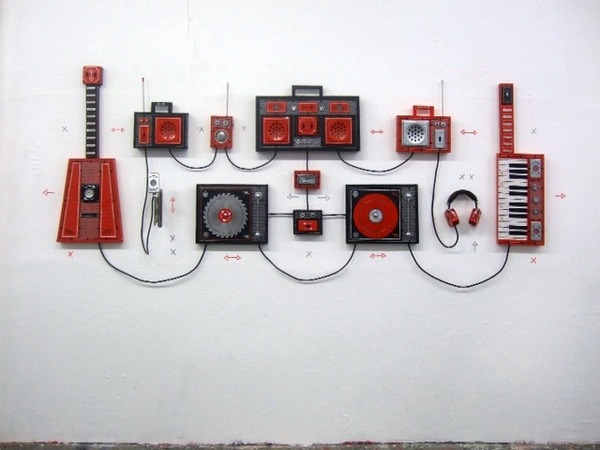 But this year, Fountain is growing up a little. Instead of hoping that its visitors are seaworthy, the fair is making the jump to more traditional digs with its move to the historic 69th Regiment Armory. Sure, the actual New York Armory Show can claim “been there done that”, but what this move means for Fountain is not just more exhibition space, but also gives the fair the opportunity to allure more collectors that may be familiar with the venue. More importantly, the move gives Fountain a place in the 69th Regiment Armory’s art-filled history, which is approaching the 100th anniversary of its original Armory Show of 1913.

Fountain founder David Kesting told me , “The move to the 69th Regiment Armory was made possible by members from the 69th who approached us about curating our show in time for the 99th anniversary of the 1913 Armory Exhibition. It is truly an honor to be seen as a herald for this upcoming centennial.”

“The move allows Fountain to expand in size by three times, with over sixty projects in this year’s edition. That has increased our funding for the show, and allowed us to promote the exhibition, add new staff, and acquire additional assets to the fair. All of these things promote the galleries and artists that Fountain has come to represent,” continued Kesting. 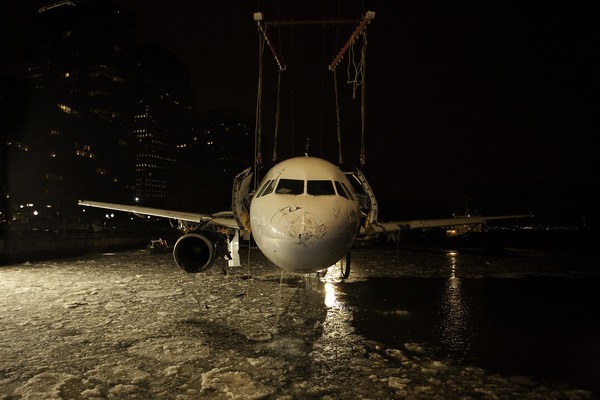 Fountain is raising the bar this year, partnering with Artlog for a flashy Opening Night Reception DJ’d by Fab 5 Freddy, who is also showing artwork at the fair, and a performance by Spirit Animal. This year will also be heavy on performance art, a genre somewhat lacking in the other fairs. Marni Kotak, the artist who literally had a baby at Microscope Gallery, will be performing something and calling it art (my guess is breast feeding), and Grace Exhibition Space’s founder, Jill McDermid, will curate a weekend program of other performances. Fountain regular, Quinn Dukes McDivitt, will also perform this year. In the past, Dukes McDivitt was known for stuffing her mouth full of things like silver painted branches and sand in order to address the state of environmental disasters (much like Paul McCarthy did with ketchup, mayonnaise, and hot dogs in 1974, to address his disdain with American overconsumption). Who knows what will be consumed this year…

But with the perks of expansion and growing up, come higher expectations. Will Fountain’s 2012 program match its new home? Will the fans of its previous avant-garde aesthetic accuse the fair of assimilation? In the end, change is good, and so is Fountain’s ambitious move to grow and stake its claim in the art fair circuit.

Anastasia Alekseevna Mikhaylova Answers 5 Questions
7/16/18
COMMENTS (0)
ArtSlant has shutdown. The website is currently running in a view-only mode to allow archiving of the content.