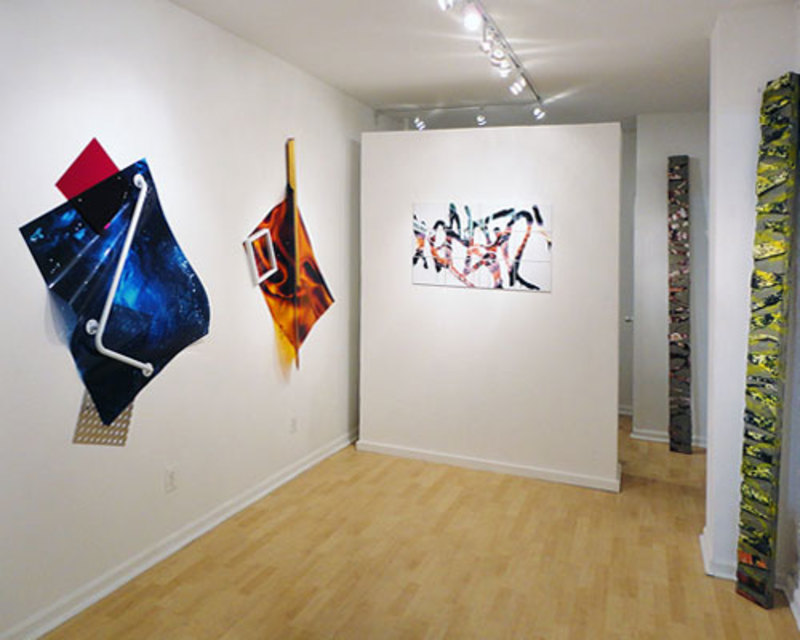 Photographic imagery as a medium is reimagined through the work of three artists at the Lower East Side’s Toomer Labzda Gallery. Aude Pariset, Kate Steciw and Letha Wilson create a dialogue between their drastically different approaches toward making art by transforming the printed image into a new sculptural medium. Curated by David Harper, the show challenges the somewhat archaic traditions of photography, and uses it as a jumping off point to create an evolved breed of three-dimensional abstract works.

Letha Wilson pushes the limits of the paper page by pairing traditional photographic prints of landscapes with poured concrete. This layering attempts to return the image on the paper to its terrestrial dimensionality in the American landscape. By encasing the images in concrete, Wilson creates earthen sculptures that hold the weight and context of the landscapes that were originally photographed, resembling geological specimens from the very land. Knowing that a photograph is only a two-dimensional representation of the parks, vistas and rivers Wilson has photographed across the country, the artist seeks to expand on where the medium fails. By manipulating the page and combining the paper with dense material, she attempts to recapture the real dimensionality of and feeling of dirt, rock and solidity of the original terrains. 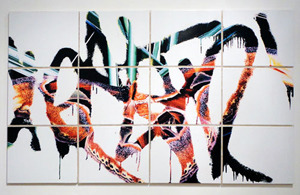 Kate Steciw approaches the printed image with sculptural collage.  Her pieces fuse an array of consumer materials into colorful conglomerates that are the artist’s reaction to overabundance of technology and materials, treating the printed photographs just as the other tactile objects she uses. Together, the photographs, manipulated in Photoshop and printed with digital printers, combined with industrial objects like plastic sheets and metal bars, create strong dimensional imagery that unifies the disparities while plainly revealing its industrial and technological sources.

Aude Pariset’s pieces are a highlight, exploring both the sculptural and tactile properties of the printed page. Pairing digital printing with organic rice paper, the artist borrows imagery from the now defunct media collective “Paint FX” to create large seashell forms. The shells give a new life and context to both the flat rice paper, as well as to the digital files created by Paint FX, which have been disused since the collective’s disbanding. Along with Untitled (Atlas moth/Chob The), an exercise in subtractive graffiti on an inkjet print, Pariset addresses the easy reproducibility of photographic and digital imagery by using it as a tool instead of an ultimate medium.

In similar but very different ways, the three artists create and discover new spatial relationships between the imagery in their photographs with the sculptural and technological material they morph with. Each mines the tradition of photography, but pushes it to new territories where lines are blurred between material and subject, identifying them both as one in the same. 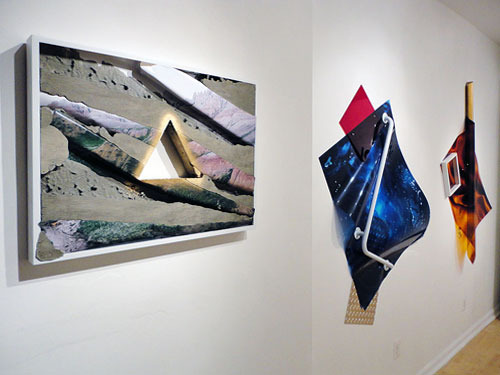 Images: Installation view; Aude Pariset , Untitled (Atlas moth/Chob The), 2011; Installation view with works by Letha Wilson and Kate Steciw. Courtesy the artists and Toomer Labzda.
Posted by Lori Zimmer on 2/12/12
RELATED ARTICLES
COMMENTS (0)
ArtSlant has shutdown. The website is currently running in a view-only mode to allow archiving of the content.