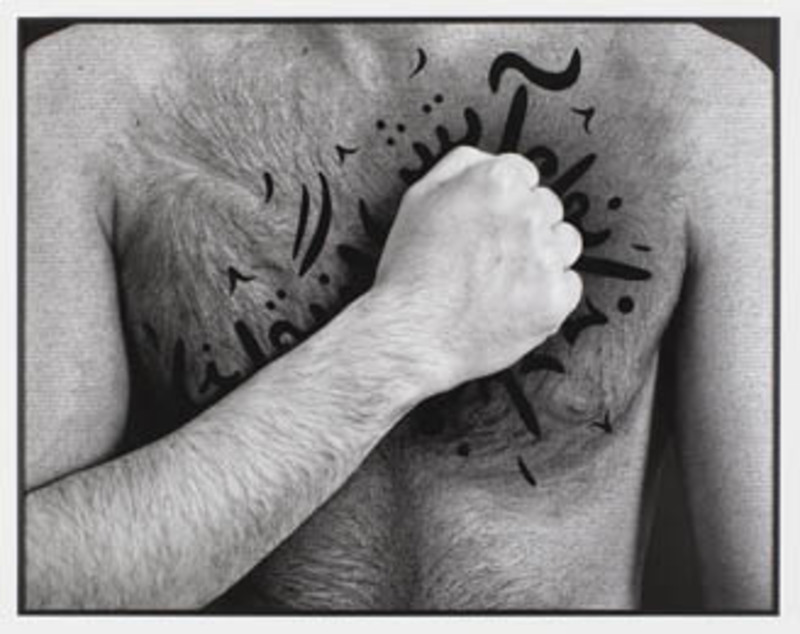 Like earlier works that deal with the power dynamics inherent in politics, culture, and aesthetics such as Unveiled (1993) and Women of Allah (1994), Shirin Neshat once again turns to text as a tool of the subversive in “The Book of Kings,” her fifth solo exhibition at Gladstone. The new series of gelatin silver prints is accompanied by a version of her Performa 11 commissioned piece Overruled, seen here as a three-channel video installation. Although Neshat often focuses on issues specific to her native Iranian culture, she stresses that her work is conceptual, not intending to be representational or reflective of actual lived experiences in Iran. After all, she can only approach these subjects from the point of view of an exile. Shirin Neshat was born in Iran, but immigrated to the US in the early 1970s to attend the University of California at Berkeley. While she was studying in 1979, the Shah was overthrown, sparking the nation’s revolution and causing her to be unable to return to Iran for nearly ten years. On subsequent trips back to her home country, she has become sensitive to the ways that her aesthetic sensibility is still influenced by Persian culture, although her formative years have been spent in the West.

“The Book of Kings” takes its name from the famous Iranian long-form poem by Ferdowsi, Shahnemah (970 – 1010 A.D.), which relays epic tales and heroic feats of ancient times. Ferdowsi chose to write the poem in Farsi rather than Arabic, the standard of literary and scientific writing at the time. It is only fitting then, that Neshat would choose such a politically charged work along with contemporary Iranian poetry as the text to inscribe across the skins of her subjects.

The series is divided into three sections: the Masses, the Patriots, and the Villains. The Masses is comprised of photos of young Iranian and Arab men and women who stare boldly at the camera, confidently meeting the viewer’s gaze. Although their facial expressions differ – from tipped chins indicating defiance, pursed lips hearkening to reticence, or relaxed mouths with lips slightly parted in anticipation, they all stare back confrontationally, unwilling to back down, ready to fight. At a comfortable distance, the subtle calligraphy script of the text written across their flesh might go unnoticed. Across from them, six men and women hold their right hand over their heart as if promising loyalty in “Patriots.” The script written on them is segmented into columns and is bolder, slightly darker and more prominent while their faces show expressions that are more relaxed – not quite concession, but lacking youthful exuberance and impulsiveness. Lastly, “Villains” shifts the viewer’s gaze to specific parts of the body – legs, a shoulder, torsos. Scenes of violently bloody battle are emblazoned upon a pair of dangling legs or the shirtless trunk of an older man. When there is text, it is thickly inked, designed to conceal rather than reveal. In yet another contrast, the expressions on the faces of the shirtless men are almost neutral.

With appropriations of Western-generated stereotypes of Islamic culture and her reluctance to explain the significance of the iconography, signs, and symbols upon which she draws, Neshat’s work can easily be viewed in ways that do not acknowledge the complexity and depth that are present. As an artist who works conceptually, she might find it best to leave plenty of room for her viewers to make their own interpretations; however, she risks perpetuating reductionist views that support ideas that Muslim women are oppressed by men, silenced, need to be rescued, or that they are instead exotic, beautiful, mysterious and dangerous. Neshat has stated that she wants her artwork to contribute to a larger cultural dialogue, not just one that centers on Islamic concerns, but her dependence on simplistic Western notions of Islam seems to contradict this fact. The images in “The Book of Kings” are certainly provocative, giving them the potential to arouse a viewer’s interest in the lives of the people who have been marked by the words of history, its politics and culture, moving Neshat’s images beyond shallow, trite sound-bites and allowing them to be the impetus for the substantial dialogue they deserve. 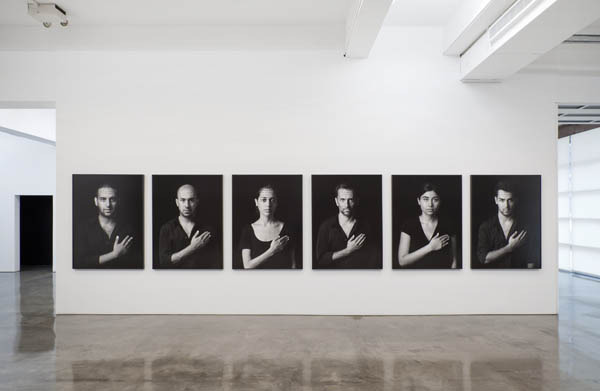