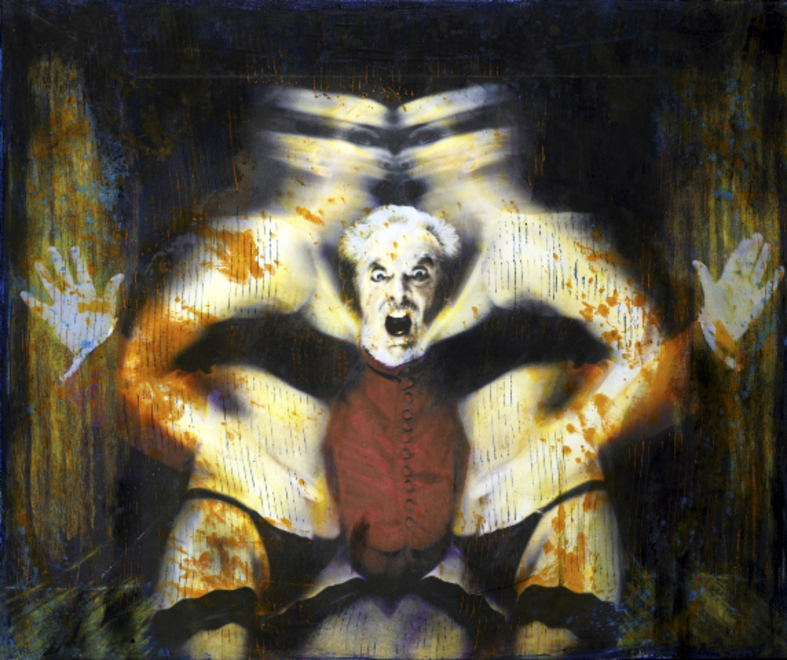 The experiences of our childhood have a powerful impact on us as we grow up, no more so than when we experience violence and loss at a young age. Scream’s new exhibition of David Bailey’s paintings demonstrates how living through the bombing of London’s East End during World War II affected him in the most basic and touching way. Bailey is known internationally as a fashion and portrait photographer and first entered the industry in the late 1950s. Despite his immense success and global fame in this arena, Scream’s show focuses on a completely different side of his work – his paintings and the influences on his artistic production.

The strongest theme in this exhibition is life in East Ham during the Second World War. Bailey was born in 1938 and was taken as a young boy to the Upton Park cinema, where he grew to love the original Walt Disney cartoons. When the German air force bombed the area, the cinema – and the childhood happiness it represented – was destroyed; in the young Bailey’s eyes, Hitler had killed Mickey Mouse and Donald Duck. Bailey’s images of this event are striking in their rawness and the juxtaposition of familiar childhood images of Disney characters with bombs falling from the sky. The most disturbing is Hitler Killed Mickey (2010), a depiction of Mickey Mouse flanked by two skeletons with black, staring eyes. The eyeless figure of Hitler stands to one side and the bright red background further adds to the menacing atmosphere. 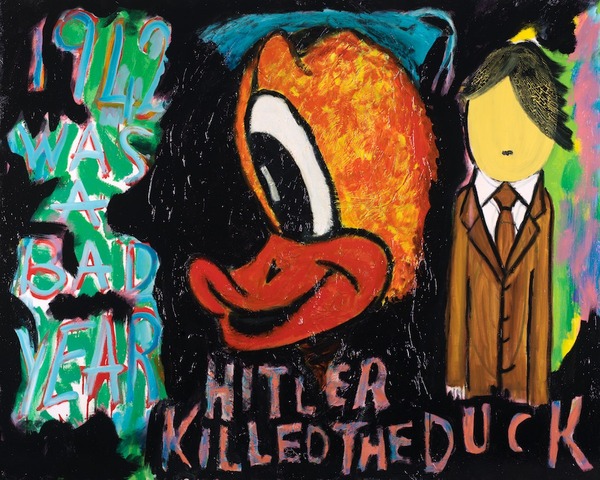 The show’s focus on Bailey’s deviation away from photography towards different media and more autobiographical work provides a rare insight into the life of the artist. The themes here are personal to him in a way that few solo shows are to their creators; only Bailey lived this particular sadness, and he has expressed the trauma of the crushing of childhood joy into visually comprehensive work that demands the viewer’s consideration. What is slightly off-putting is the lack of cohesion between the Disney-themed images and the rest of the works on display. Four of these are versions of the traditional Annunciation scene of the Virgin Mary being visited by the Angel Gabriel. Bailey has interpreted these through the art of different cultures, such as Annunciation with Aboriginal Mary (2010), and different styles, as in Primitive Annunciation (2010). Two further works, in which the angel and Mary are anatomically abstract and first one then the other are green-hued, reference Picasso as a major influence. Indeed Bailey cites his discovery of Picasso in 1956 whilst in the Royal Air Force as determining his future approach to art, as well as his ongoing awareness of religious broadcasts on the radio prompting religiously themed works. 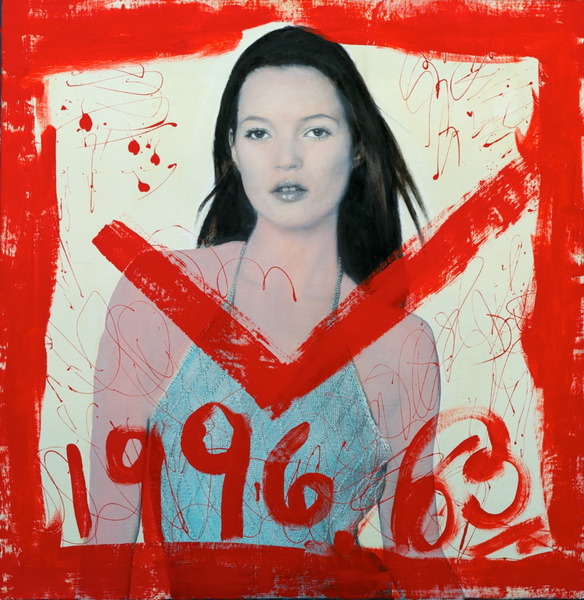 The remainder of Bailey’s pieces build on his photographic work with the further application of paint and effects. The most striking are images of an almost entirely nude Jerry Hall in a pose very similar to that of Munch’s Madonna and a self portrait of the artist as Velasquez’s Pope Innocent X. Just as Francis Bacon used Velasquez’s work as a platform for his own dramatic scene, Bailey screams from his canvas with the air of a showman; arms outstretched and half obscured by two women in black  lingerie.

Although the only link between the various themes in Bailey’s show is Bailey himself, there is a wonderful sense of the artist here, and of his ability to express himself through his work. From childhood trauma to portrait photography with a detour through the masters, Hitler killed the Duck demonstrates the sheer range of Bailey’s oeuvre. It seems that there is a lot more to share when you step out from behind the lens.

Posted by Alex Field on 11/5/11
RELATED ARTICLES
COMMENTS (0)
ArtSlant has shutdown. The website is currently running in a view-only mode to allow archiving of the content.