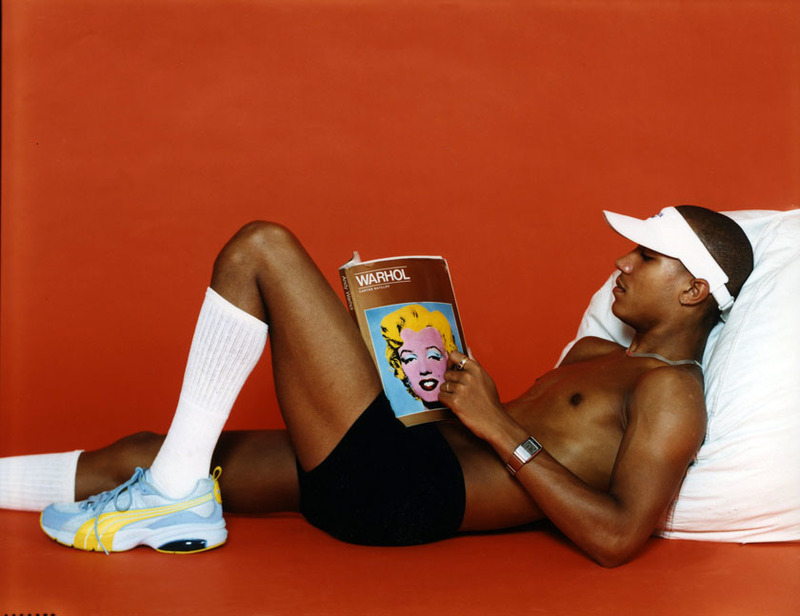 Jayson Keeling’s photographs, videos, and paintings currently on view at Third Streaming rest somewhere between the high gloss aura of a fashion shoot and the low, gritty vernacular of the street. Although his artwork draws heavily on references to pop culture including 1980s New Wave, punk, and Hip-Hop music, fashion, art, and television, Keeling is not nostalgic for a bygone era. Instead, his references seem to poke at the mutability of identities as a way to subvert our casual constructions related to race, gender norms, and sexuality.

Keeling’s work often blends images and text borrowed from popular songs or films. “See Jungle!” refers to the 1981 album of the same name by the British New Wave band Bow Wow Wow. On the controversial album cover, the band posed as a tableau vivant of Manet’s painting from 1862-63, Le déjeuner sur l'herbe (Luncheon on the Grass), which portrays a female nude with two fully clothed men picnicking in the country as another scantily clad woman bathes in the background. Keeling often employs such striking juxtapositions to offer thoughtful commentary on the fluidity of culture with a wry twist. 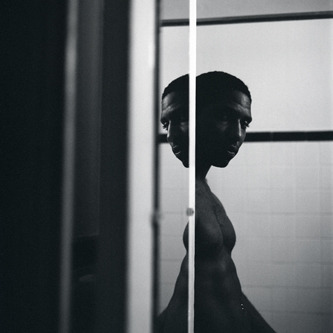 Mathias (2003, printed 2011) features a young man casually reclining against a white cushion with a copy of Carter Ratcliff’s 1983 book on Andy Warhol. Keeling’s compositional choices bring attention to the sensuousness and beauty of the human body while underscoring the power of marketing in consumer culture. The photo resembles an advertisement of sorts. The young man is physically fit and beautiful; he wears a sun visor, black boxer briefs, and pristinely white knee high socks with new Puma trainers, all against an orangey-red background reminiscent of Campbell’s tomato soup. Vampire (2004, printed 2011) heightens the tension between internal and external concepts of identity even more. A young man photographed from the chest up emerges from a tangle of brush and reeds in the darkness. His eyes are closed, seemingly in a state of ecstasy. He is caught with his tongue reaching out between gold capped teeth, frozen in mid swipe as it caresses the flesh of his own arm which arches over his white doo-rag covered head.

Keeling’s penchant for disrupting norms continues in The Great Masturbator (2011), a ten-minute video featuring two women in various states of dominance and submission. The women remain mute, expressionless, hollow and blank as an anonymous voice in the background gives them directions such as “push her hair forward,” or “turn her over, slowly.” The dominant partner is fully dressed in tight leather and her hair is pulled back away from her face, making her sexy and androgynous all at once. The submissive woman is nearly naked except for the slight and flimsy fabric of her panties. Her hair is long, full, thick, and slightly tousled, marking her as decidedly feminine. Jayson Keeling’s work across media destabilizes with humor, wit, subtlety and style. His provocative use of pop culture markers to re-examine constructed social norms reminds us that we can’t always believe what we see. 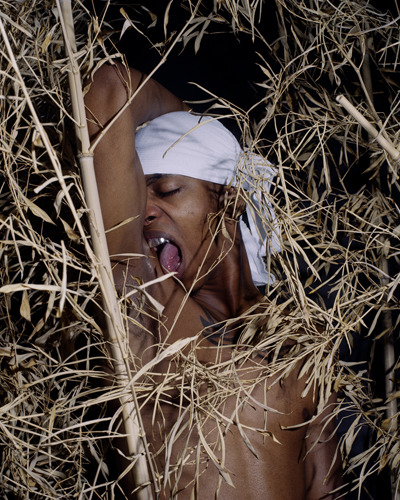