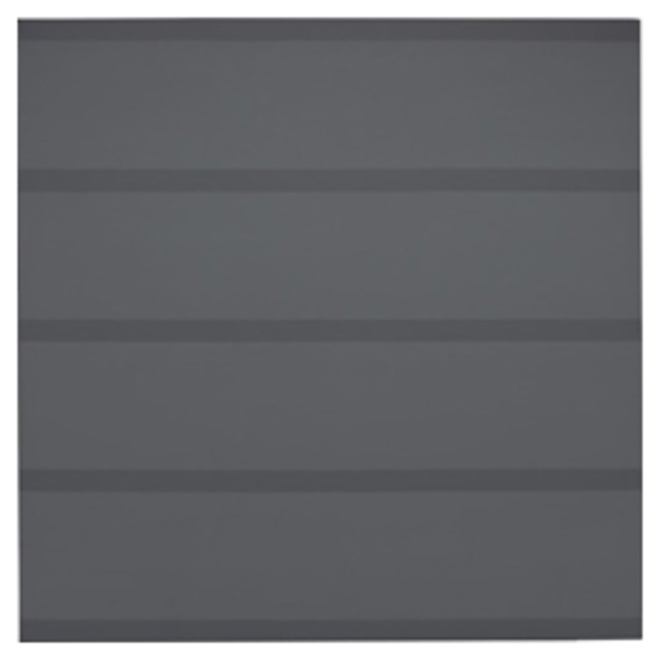 Agnes Martin, despite her asceticism, chronicled the 1980s with startling acuity. At Pace’s “The ‘80s: The Grey Paintings,” her work is simultaneously distant from the trends of the decade and impeccably representative of the world at that time. Martin dismissively declared she wanted nothing to do with the fashionable young people showing in hip galleries downtown. She remained far from downtown (far from New York all together) and as a stalwart abstractionist nonetheless captured the era’s socio-political tone pitch perfect.

All the works are on loan from various collections. The first room of the gallery is pensive and thoughtful. Acrylic and pencil paintings from the mid-1980s on cream or ash-colored canvases are structured with delicate lines. They can reflect blue or yellow depending on the skylights and their rough surfaces catch washes to create crumbly, diaphanous fields. Light and glowing with monastic reverie, pinstripes of graphite and paint form flat architectures and planar spaces.

In six untitled paintings from 1989 bands of dark warm gray act as a stabilizing grille for middling, neutral gray ground. The works are grand and immobile, heaving upon the viewer as monoliths. Martin, in a letter displayed in the gallery’s lobby, asserts that they lack “aggression,” but exude “force.” It is true. They are sentinels, with the silent, brutish aura of militarized lead bricks. They do not act with aggression, but the force behind them, radiating in passive waves, is ominous and imposing.

Some have noted her color as military industrial complex or battleship-gray. Those dumb slabs could just as easily convey geometry or geology, or perhaps simple, still, leaden materiality. But if they are missile silos, they are grim burnt offerings. Their only movement is a lurching advance as they mutate from plane to plane around the room. Within the regimented six-foot-squares, tracks wean and spread: five thick bands expand into seven lines expand into nine, and into seventeen. Their numbers increase, their widths decrease, but nothing opens or broadens. They are like the development of international hegemony by economic or military coercion—one highly visible as the collapse of the Soviet Union, or unremarkable as foreign embassies and free trade zones. They are in time, and as that epoch still casts its shadow through history, they remain true. 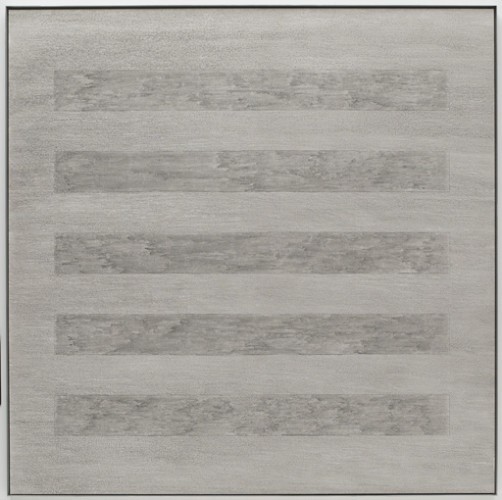 Posted by Noah Dillon on 10/23/11
RELATED ARTICLES
COMMENTS (0)
ArtSlant has shutdown. The website is currently running in a view-only mode to allow archiving of the content.