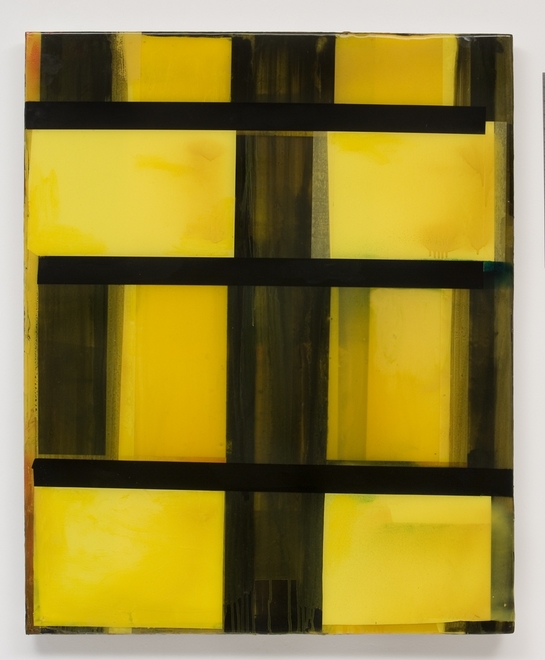 If we generally tend to regard seeing as a way of knowing, of gathering knowledge about the world around us, then we also usually consider staring as its exact opposite: a way of not seeing and therefore not knowing, a way of closing our eyes whilst leaving them open. In his Confluence and Consequence series (Kusseneers Gallery, 08.09.2011-16.10.2011), Stefan Annerel (b. 1970) explores the possibility of reversing this logic. Here, staring becomes an alternative to seeing: a nexus of visual possibilities that may hold the promise to correct, complement, and possibly even to supplant our ordinary vision, although it is never quite certain whether that promise can be kept.

Annerel isolates motifs from textile patterns, mostly checks, and blows them up to the size of enormous and brilliant tableaux. The result is neither microscopic nor macroscopic; not an analytical examination of a tiny textile fragment put under a magnifying glass, but not the product of our everyday vision either. Annerel’s works are the result of staring. 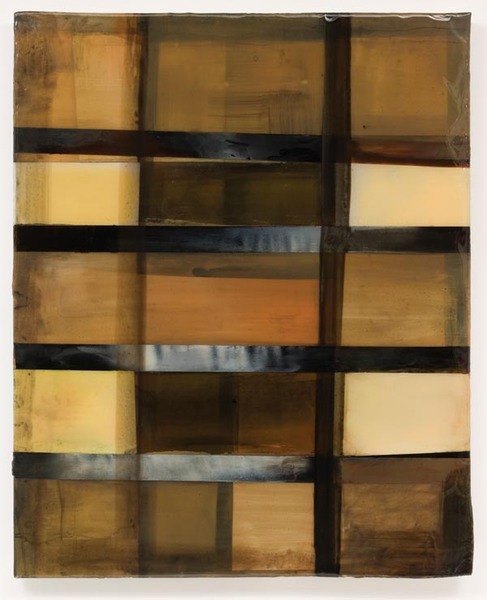 It is possible to stare for such a long time at a piece of fabric that an alternative reality slowly unfolds before our eyes. We no longer see the textile fragment, its colour or its pattern. Instead, the weaving structure itself slowly emerges, the finely intertwined threads, the fibres of the threads, and the myriad of subtle and shifting colour transformations and nuances of which the fabric pattern is only a dull reflection. The focused, probing, analytical eye can never take this in all at once: only the staring eye can do so. This requires a refocus that is also a defocus; a focus that is almost out of focus.

Annerel’s vast and shiny blow-ups, made of dozens of thin layers of paint and transparent resin, evoke the ever-shifting impressions of this out-of-focus focus on a piece of textile. They also show, however, the visual deficiencies that by necessity accompany it. We see the weaving pattern of chequered fabric in his works, but it defies our attempts to understand it in unequivocal terms. Bands of colour that lie on top, or should lie on top, suddenly lie below and vice versa, as if our depth perception begins to falter in our sustained act of staring. Lines we expect to be clear and sharp are blurred suddenly as a result of the willed defocus of our eyes. Some compartments seem deeper than others or even damp with condensation, as if the piece of textile has a hidden life of its own, deep underneath, ungraspable even for our staring, penetrating gaze. 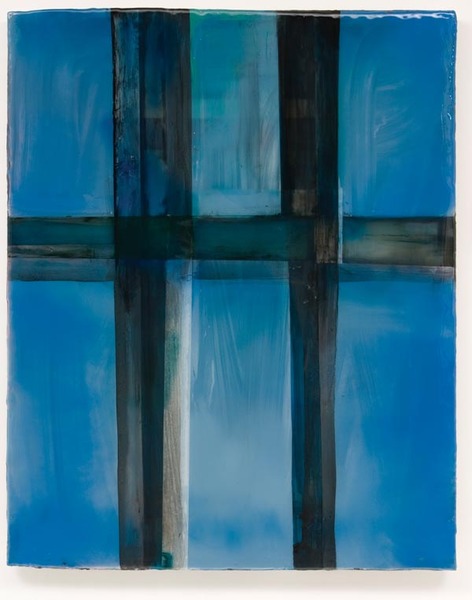 Thus, Annerel’s works are not about surfaceness, as the shiny, polished glaze with which they are finished seems to suggest. If it is true that they immediately catch the eye, they are not just easy on the eye. They are decidedly retinal, but do not unambiguously argue for a long lost primacy of vision. They seem to offer us a look into the deeper structures of reality, but also question the very possibility of such a look. They are visual explorations, but first and for all invite an in-depth exploration of vision itself.

Convergence and Distraction Jeremy Maxwell Wintrebert
10/30/11
COMMENTS (0)
ArtSlant has shutdown. The website is currently running in a view-only mode to allow archiving of the content.