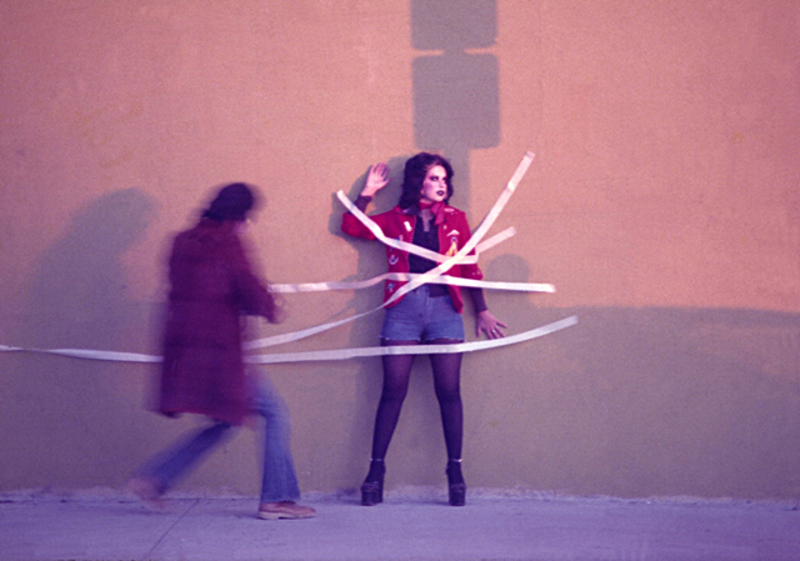 These are words of genuine excitement. Because I don’t know what else could make me disregard the end of summer quite like the promise of the citywide, historically driven, mind-swervingly giant event that will be Pacific Standard Time, starting in earnest this fall. In fact it’s already happening, with shows currently open at Pepperdine University and opening today, Pomona College Museum of Art’s It Happened at Pomona: Art at the Edge of Los Angeles. The Pomona exhibition will take place in three parts and explore the legacy of two curators there, Hal Glicksman and Helene Winer, who brought artists such as Michael Asher, Allen Ruppersberg and Lewis Baltz to the college in the late 60s and early 70s. At the end of the week the Los Angeles County Museum of Art begins its first round, with retrospectives for performance and conceptual art group Asco, as well as projects by Maria Nordman and Ed Kienholz. Well into the month there’s about twenty shows that will be set up at a handful of locations (sixty institutions in total will participate by the spring of 2012) and that’s even before the “official” beginning in October. Not to mention everything else: the lectures, performances, the happenings, the screenings, catalogue releases, open houses, the concerts and other openings and secret parties—most of all, the emission of so much information… truly incredible. All of this, as you probably know, is in the name of exploring the history of Los Angeles through its art (and the other way around) from 1945-80.

So I wonder, how will I keep track? I’m trying to prep myself by reading Peter Plagen’s Sunshine Muse from 1974 for the first time, and have been looking over the catalogue for a show held at the Pompidou in 2006, Los Angeles: Birth of An Art Capital, that sought to track roughly the same period, though, of course, on a much smaller scale. Which is why I’m actually so excited. As interested as I am in the time period and the work that was made here during it (and especially interested in learning about and seeing the work of under-recognized artists come to light) I love the sprawling, indefinitive quality of Pacific Standard Time. How true to Los Angeles as it exists now and—though so often undercut and exhausted by cliché—how it existed before, too. PST seems to do a two-fold service, not only throwing a wider cast on the cultural history of this city but at the same time expanding its current cultural atmosphere to a pitch that feels wily, almost insurmountable, and connects all those far flung institutions—if briefly—under a single banner. Maybe people here want unification and connection more then they’d care to claim (the hoopla over the 405 closing this summer seemed like evidence of that), or maybe that’s just me.

A Preview of a Dozen Openings this Coming Week
9/6/11
COMMENTS (0)
ArtSlant has shutdown. The website is currently running in a view-only mode to allow archiving of the content.