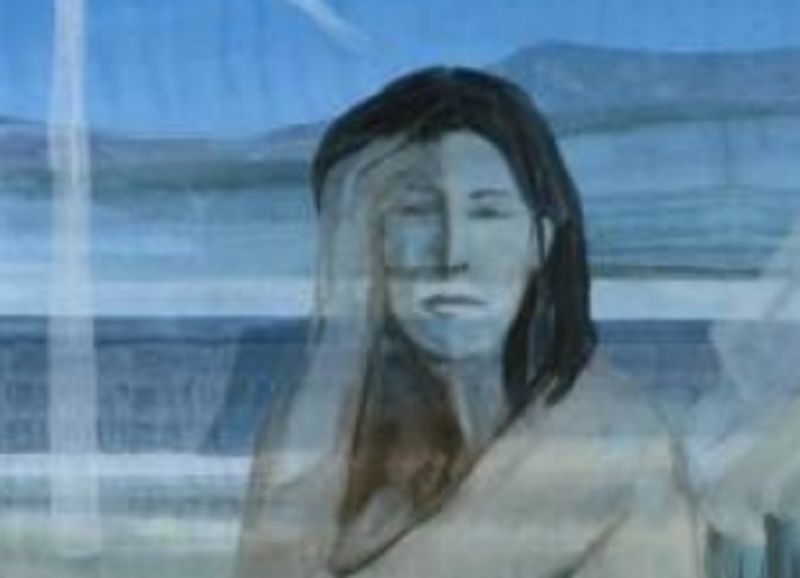 This week I went with my American friend to the Marc Desgrandchamps exhibition at the Musée d’Art Moderne de la Ville de Paris. This exhibit is closing this week and although I am not much of a fan of contemporary French painting, I had read some good reviews and word has it that Desgrandchamps is an important artist. Unfortunately, there was little in the paintings to persuade me to review my preconceptions, but rather than race through an otherwise disappointing exhibition, my friend and I decided to pinpoint why the paintings didn’t work.

In his blog on the exhibition David Cobbold succinctly captures the problem when he describes the early works as having “that strange, clumsy look to them of the neoclassical period of Picasso, with a touch of Roualt and bad Matisse. I find them ugly and derivative.” However, while Cobbold goes on to appreciate Desgrandchamps’ work from 1993 onwards, I remained unconvinced of any developing sophistication. Overall, I sensed an emptiness and superficiality that opened neither to the desire nor the possibility to fill it. By way of contrast, one is reminded, for example, of the empty plazas that fill de Chirico’s early surrealist canvases. Their openness and sparsity are replete: with a timelessness, with the heat of the midday sun, with the enigma of the dream, with historical, social and artistic references. By contrast, Desgrandchamps’s spaces don’t seem to be filled with anything. The museum guide claims they are the spaces in which “the observed and the known, of memory and the imagination” converge. It may well be the case that the transparent figures overlaid on beaches and sparse landscapes in a very thin paint suggest memory, movement and the passing of time, but they do this in form only. There is no substance to the memories and flights of imagination that might be outlined on the canvas. 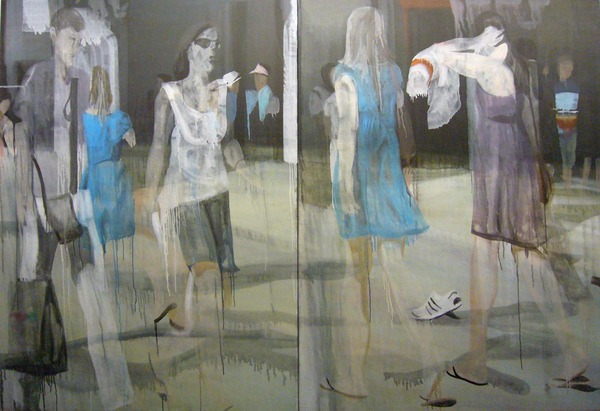 One could argue that the transparent layers of paint are an interrogation of the existential emptiness that plagues contemporary life. However, in 2011, the moment when transparency, superficiality and the depthless as a political statement on the vacuity of modern, or more rightly, postmodern life, has now passed. Surely, we learnt all that in the 1990s? Isn’t the demand and responsibility of contemporary art in 2011 for realism? As we watch dictatorships collapse, insurrections in the Arab world and right-wing conservatism take center stage in the West, there is no real urgency for paintings of horses on beaches and women walking down streets wearing flip flops. Even in their material qualities, Desgrandchamps’s paintings don’t offer any great insights. I think of the all the abstract paintings that use the medium to expose the depth of the metaphysical questions that plague human beings. But Desgrandchamps doesn’t seem to engage these issues, paintings by those Desgrandchamps draws on: Picasso, Dali, and more recently, Fischl.

It is true that his paintings echo the form of the cinematic but even then, they have no interest in its potential for social and cultural critique. Rather, he is relying on the conceptual to carry his point about abstraction, shadows, memory and time. However, sadly, the point is itself, one-dimensional. Typically, the dreams, memories and fantasies that we hold onto have a power and energy to them that often overtake us. So when Desgrandchamps paints these phantom images as representations of this other level of consciousness, I couldn’t help thinking that he paints the dream, the imagination, the past as they have been constructed discursively. Thus, even on this level there is little of substance. 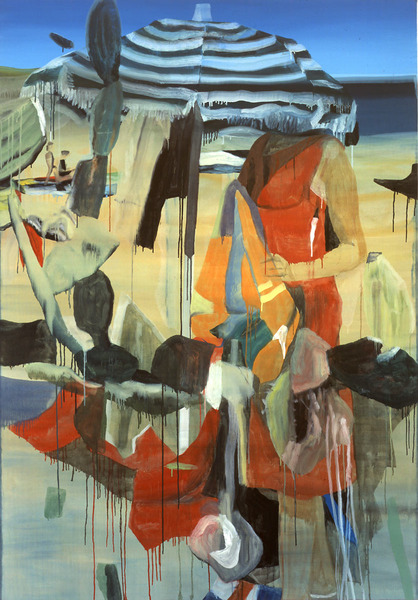 Ultimately, the works are repetitive and if this retrospective is indicative of his oeuvre, it must be said to lack focus, both in its debt to art history and its engagement with intellectual and existential questions. There are contemporary French artists who are doing interesting work, artists who not only cite the history of painting and echo the form of other media such as the cinema. However, unfortunately, the significance of Desgrandchamps' conversation with them is as ephemeral as the person (likely a woman) who lost her running shoe on the street in the untitled painting above.

Posted by Frances Guerin on 8/30/11
RELATED ARTICLES
COMMENTS (0)
ArtSlant has shutdown. The website is currently running in a view-only mode to allow archiving of the content.