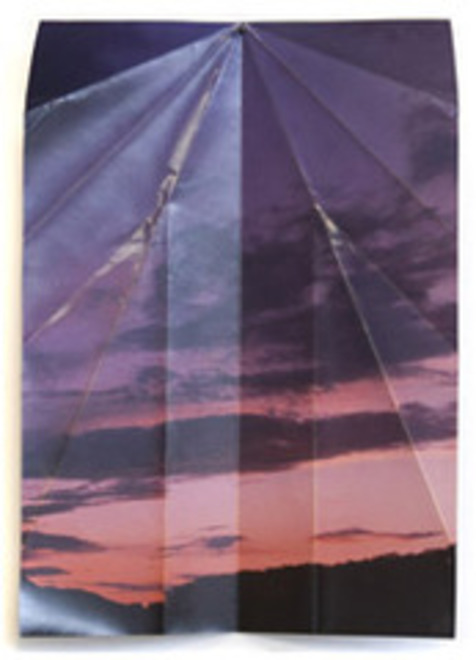 Summer is a confusing time for the art world. The heat makes us lose focus, move wantonly through the motions we robustly dance through the rest of the year, offer up meager gestures in place of complete thoughts. Because of this communal laziness, low expectations for summer shows are routine, somewhat of a regrettable cliche.

This past week at Bushwick’s STOREFRONT gallery, co-curators Sara Reisman and Ian Daniel decided to leap past lowered bars and unabashedly confront the conundrum of the summer show by giving the word “summer” a real reason to be in the name of a group show. In Late Summer Blues, the curatorial duo presents a clever and poetic contemplation on the experience of the season through a collection of five international artists, whose work conjures up the mythic mood of waning summer days, calling on questions of memory, memorialization, and our relationship to nature.

During summer, time means something different, especially during the last long, lackadaisical days. We confront an adolescent-tinged nostalgia, as each passing of the season carries an expanding lifetime of vibrant, colorful memories. Brooklyn-based artist Letha Wilson presents Sunset Airplane, 2009, a small, standard sized photograph of a brilliant purple sunset that bears residual creases from folding into, and eventual unfolding out of, a paper airplane. The map-like combination of geometric form layered onto a derivative romantic image is a testament to the inherently temporal nature of the season, embodying a whisper of a perpetually unfolding youth.

The ambiguity of the horizon is a recurring visual theme throughout the show. Sunset blurs into sunrise, and back again. The four photographs from Mary Mattingly’s First Light / Last Light, an ongoing series of cross-split images capturing the first and last light of a day, invoke this kind of alternative experience of time. Even as the days seem to stretch on into endless light, and the hazy humidity of night feels open, full of possibility, summer presents itself as an inherently ephemeral experience: it's gone before we know it. The longing for its memory sets in before it even begins. The attempt to capture, to hold on to the fleeting summer feeling, to build a monument to the moment ties together several of the works.

The season brings an axiomatic longing for its quickly disappearing presence, for nothing to change at all. STOREFRONT’s more than intimate quarters and an impressive turnout for the show’s opening created a visceral experience of the extremes of summer in the city. If you could make it through to the back room, Anthony Goicolea’s Snowscape (2003) functioned as an ironic full stop to the flow of the works. His video loops a series of mirrored snow-covered landscapes, quickly sliding into the center of the frame, as the eerie sound of wind whipping by filled the small room. Is this the kind of blues Reisman and Daniel suggest? A kind of melancholy anticipation that the glory of summertime, the familiar nostalgia, will soon turn into heavy coats and seasonal depression?

In New York, you can barely leave the house without confronting an obligatory conversational exchange about the heat, as we repetitively complain or rejoice in whatever turn the weather brings to our helpless bodies. Summer in the city is a deeply experiential, physical encounter, that brings a specific, communal feeling, a kind of emotional dusk. Last Summer Blues presents the creative reaction to this, offering up a grouping of attempts to affect the nature we experience so strongly around us and grab, at least for a moment, onto the final fragments of a fading feeling.