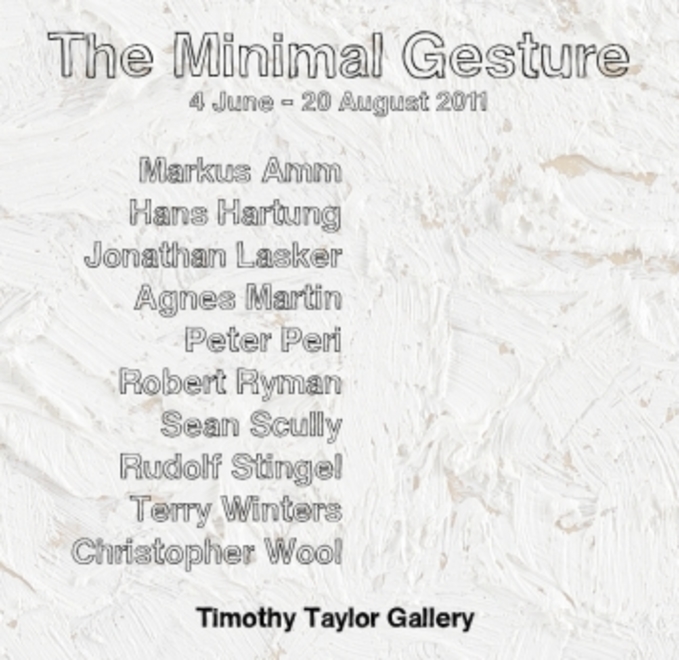 The Minimal Gesture at Timothy Taylor

The Minimal Gesture analyses the continuing influence of Abstract Expressionism in contemporary painting, and its intersection with the major movements that followed that period, in particular Minimalism. A large canvas by Agnes Martin, who considered herself an Abstract Expressionist – although her work is closely aligned with Minimalism – consists of faint, hand-ruled graphite lines on an off-white background. The composition is radically pared down, yet full of a sense of imperfection and frailty that runs against the depersonalised grain of so much Minimalist art.

Sean Scully's Overlay # 4 (1974) reveals an early debt to Minimalism and colour field painting, taking the form of a simple grid of blue oblongs. Subtle mutations in tone call to mind the undemonstrative play of light on an opaque surface, but the work is an essentially formalist exercise consisting of the superimposition of black lines on a monochrome ground. By contrast, Christopher Wool’s work reaches out to his urban surroundings, its fragmentary, scrubbed-out graffiti evoking downtown New York. 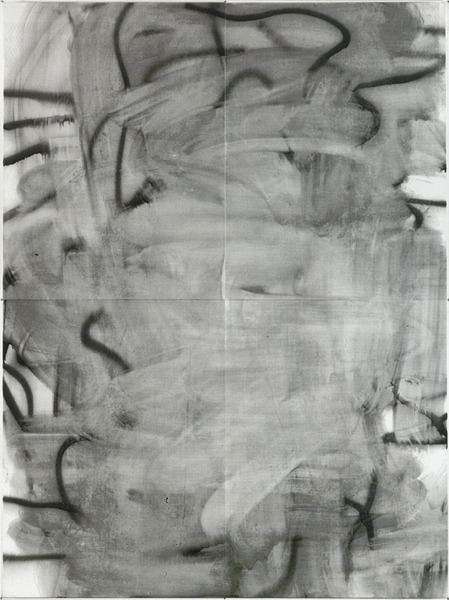 One of the highlights of the show is a small Robert Ryman canvas in which amorphous whitish blocks collide with dappled grey-blue and black, so as to evoke Rothko and Matisse in equal measure. Elsewhere, mechanical modes of production have been deployed in the service of metaphorical or recherché motifs – as in Rudolf Stingel’s 2009 series of flock-patterned oil paintings on paper, created by spraying silver paint through a gauze template which is then lifted away to leave a textured imprint. Another painting by Wool, Untitled (1987), renders a similar flock pattern in alkyd (a kind of polyester) and latex on gleaming white-painted aluminium. In both works, a Baroque aesthetic has been recast in the lineaments of Minimalist art.

The Minimal Gesture is boldly broad-ranging. It encompasses artists of diverse nationalities and generations, perhaps veering too far towards the freewheeling and open-ended. That said, the show is more concerned with exposing disjunctions than drawing neat parallels. Principally it highlights the interface of ‘abstract’ and ‘minimal’ painting, foregrounding those artists who reconcile minimalist simplicity with elements of contingency, expressiveness and decoration. In a larger context it would profit from a sculptural element, but is nonetheless an enjoyable study of how Abstract Expressionism and Minimalism have been deconstructed and hybridised in recent decades.