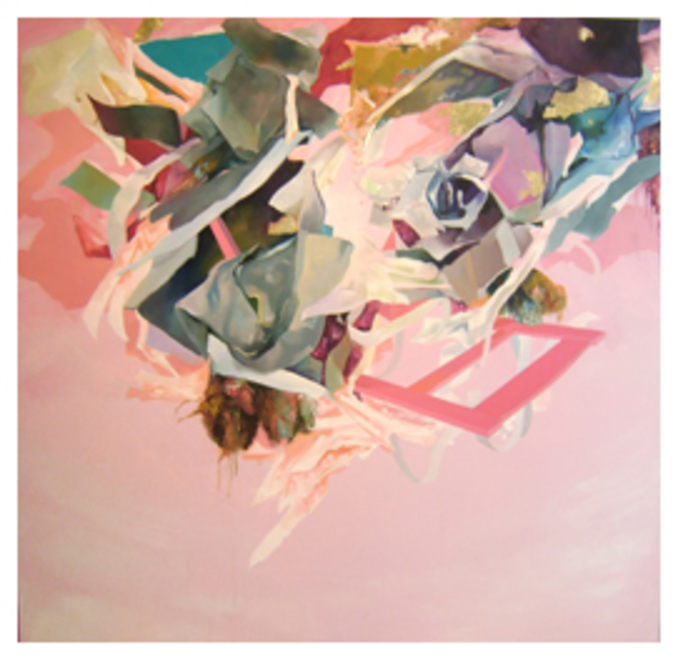 Dollops of chocolate, lavender, robin’s egg blue, pink, and spearmint dominate the paintings in “flybabyboyfly,” David Antonio Cruz's  first New York solo exhibition. Figures emerge from a buttery palette of swirls, peaks and swoops of abstracted wonder, shifting between poles of masculine and feminine, real and unreal, hard and soft. Using a variety of media including oil paint and enamel, gold leaf, fabric, film, sculpture and installation, “flybabyboyfly” tries to locate some of the places in life where definitions and boundaries are more fluid and less rigid. For Cruz, this place exists within the innocence and fantasy of The Wizard of Oz and the hope, pain, and conflict that permeate West Side Story. Each tale focuses on the cost of embracing or rejecting the change that accompanies transformation, making his references to the mutability of popular culture, politics, sexuality, and diaspora seem apt. In Cruz’s world, things just are the way they are; but then again, they might change in an instant. 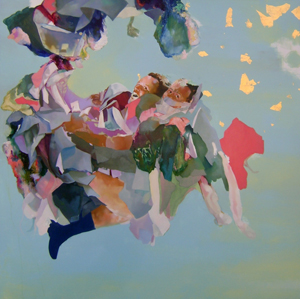 andtheyfade, strawberryfieldsof52 (2011), is a gestural whirl of painted delights with just enough gold leaf to bedazzle, but not distract. Traces of a human form seem to peek out of the painting on the right, but only close inspection and speculation can provide certainty. Perhaps the work takes its inspiration from instances of illegal smuggling of Puerto Rican migrant workers, prompting rights for independence. Maybe the artist is referring to the Beatles song, or the slang terms for someone who trades sex for drugs, and the lack of clarity and stupor that can accompany a prolonged drug or alcohol binge; or maybe the work references none of these at all. Iwishmyrainydayscamewithasideofmango (2011) shows two figures embracing each other as they float through sky blue, sunlit space. Their torsos are swaddled in a cloud of sweetness, while their legs are bare and their feet are covered in dress socks and shoes. The single channel video edit No Returns Project (2011) hearkens to state oppression and acts of revolution, while overlaying footage of Puerto Rican political activist Lolita Lebron’s 1954 press conference challenging U.S. imperialism and film clips from West Side Story and The Wizard of Oz. The visual and aural overstimulation creates a chaotic dissonance and tension that is only released (not resolved) at the film’s conclusion.

In “flybabyboyfly,” the questions capture our attention, not the answers. There is a lot of space to name between Oz and New York City, but Cruz manages to help viewers locate the unnoticed ground right beneath their feet. Dorothy’s ruby slippers have been updated for the occasion. Two versions have been given four-inch platform heels, peep toes, and a nonchalance that oozes just like the globby butter cream paint that emanates from one pair and the shards of broken glass that riddle the other, reminding us that life is always full of questions and contradictions. We can’t have one without the other. 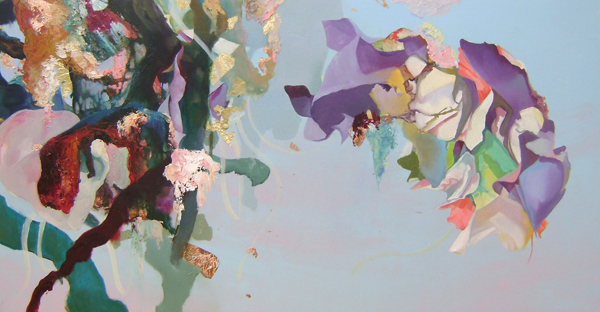