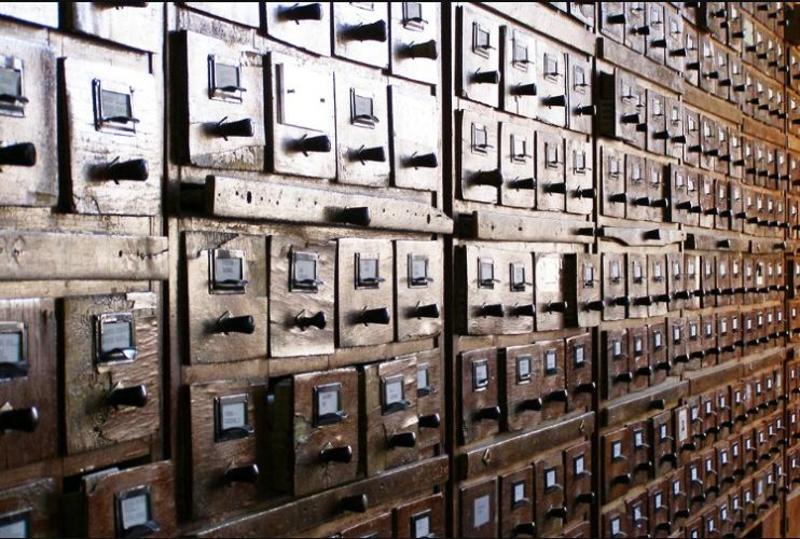 A shockingly unique apothecary teahouse opened earlier this year in Los Feliz, California. The first of its kind, The White Lodge, is inspired in its pharmacy-counter, Dewey-decimal-drawer format by traditional Chinese herbal medicine shops and Mexican hierberias (herbal folk remedy stalls). It functions as if it were a bodega at some mythic crossroads simultaneously servicing Oaxacan priests, Oriental alchemists, Sufi shamen, Ayurveda practitioners, Haitian witch-doctors and dazzle-eyed miscreants bent on opening the doors of perception.

The back wall is gridded with hundreds of small wooden drawers from floor to ceiling, each hand-labeled with precise penmanship. Glass jars are displayed with impossibly intricate dried flowers and roots. The emanating smell is a mix of exotic potpourri and complex spices that make your skin crawl in a sweet sort of way. A “clerk” at the counter fills customer’s orders who either take their herbs, tinctures, teas, tobacco blends, and chemical-infused-snacks to go or claim one of the few tables nestled in the shop or on the outside terrace above. Surrounded by a cacti and herb garden, the rooftop terrace is like an opium den designed by sun-drenched surfers. It offers easy comfort for sipping tea whilst smoking something legally mood-altering and yet it takes advantage of the fantastic weather, open air and detached people-watching that Southern California is always good at providing. It is an ideal setting for a kava kava tonic and some kratom crackers while one waits for earlier, slow-acting treats to kick in. Sinking into the sun-baked cushions, patrons looking down at passing starlets with blurred vision from an angle not far from God’s perverted gaze. 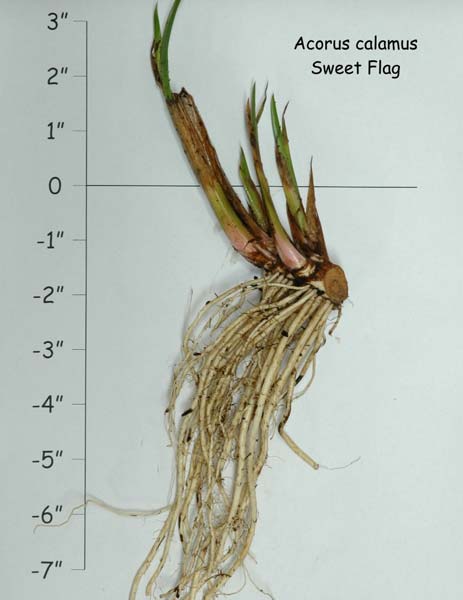 Everything about the space feels nestled and huddled around itself. Even the unmarked storefront is set back from the neighborhood’s main drags on a residential side street. Little of the shop is visible from the sidewalk, merely the dappled twinkle of a blanket of dimmed Christmas lights strung between giant birds of paradise that give the effect of a nation of fireflies frozen in amber. Verdant tropical flora screens the entrance making The White Lodge quite hidden but well worth searching out.

The shop is stocked exclusively with a vast catalogue of teas, brewed beverages, tinctures, extracts, oils, powders, sweet treats and savory snacks made on-site from an extensive range of natural plants, herbs, flowers, ferns, bark, mushrooms and roots (all which naturally contain psychotropic or mood-altering chemical properties). Everything on the menu is completely legal and many are commonly occurring garden plants and weeds, such as tansy (in the chrysanthemum family), coleus, and morning glory. Hallucinogenic potency is a sliding scale of toxicity spread across the vegetable kingdom. Among the most popular items are Horny Goat Weed pills, Honey Roasted Blue Lotus Petals (which are probably what Homer’s lotus eaters craved) Angelica Seed Tea and Calamus/Sweet Flag Root Coffee, which has long stimulated creativity for illustrious devotees including Whitman and Thoreau. 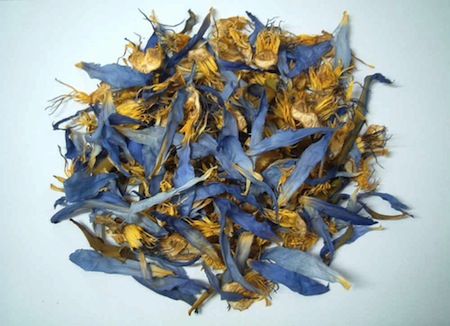 Experts on staff custom calibrate recommended dosages for each individual.

Mining the gray area of legality bordering on illegality and food bordering on medicine bordering on drug, The White Lodge inevitably provokes controversy and hyperbolizes questions around the legislative classification and criminalization of organic plant matter and natural resources. In what will surely prove to be only the first of many altercations and disputes with governmental bureaucracies, The White Lodge was raided within the first month of its opening by the FDA and FBI in a failed, joint effort to nip the enterprise in the bud. Unable to find evidence of wrongdoing, the intrusion amounted to little more than intimidation and passing nuisance, nothing the pioneers behind The White Lodge, who anticipated such litigious obstacles, aren’t already thoroughly prepared for. (It should also be noted that more controversial, though still legal herbs like Salvia Divinorum and “Bath Salts” are not supplied.)

The establishment is the long-awaited product of decades of collaborative research, farming, and study by founders James Schoolcraft Sherman and Lenore R. Neroli, who met and began experimenting together while still students at CalArts in the late 80s (the former training as an animator, the latter a dancer and painter). Sherman and Neroli’s apothecary teahouse advances the couple’s active participation in communities of contemporary cultural production and consumption; for them The White Lodge, as much as anything, serves to augment viewing and listening experience with digestible art supplements and controlled sensory aids. They have already set a precedent of occasionally catering choice creations and libations for events such as the expanded reopening of the Dan Flavin galleries at Marfa’s Chinati Foundation (khat leaf and elderberry shots were provided and said to greatly increase visual acumen to euphoric levels). 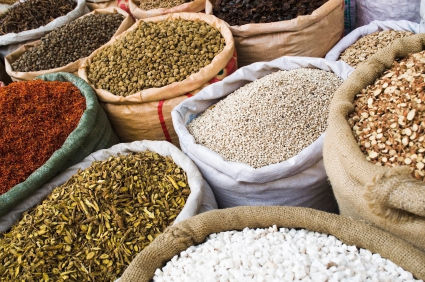 Aztec dream herb granola bars were prepared for the LA premier of Werner Herzog’s ‘Cave of Forgotten Dreams’. Two weeks ago, Thom Yorke did a secret, instantly notorious DJ set in Echo Park for which he requested The White Lodge concoct and distribute teacakes made from Hawaiian baby woodrose, a climbing vine native to India with pods containing large furry seeds known to make ones’ limbs feel weightless while briefly eliminating any notion of sadness or pain. Needless to say, they were delicious.

For White Lodge’s grand opening, Big Audio Dynamite secretly gave an acoustic performance on the rooftop garden, closing their set with a hypnotic rendition of “Medicine Show”: “Covered wagon medicine show / Take you to the place where the healing flows / Weak in spirit we got the juice.” Satchels of assorted seeds circulated for free. 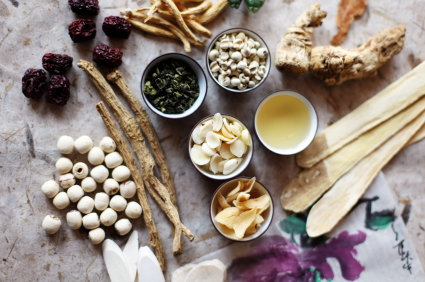 In their selective cultural cross-over, White Lodge can be thought of in a kind of relation to the avant-garde, artisanal culinary projects of Bompas & Parr, known for creating bespoke fine English jellies and designing “spectacular food experiences often working on an architectural scale with cutting edge of technology.” Like Bompas & Parr, The White Lodge has similarly begun experimenting with creating chemically curated atmospheres and contained environments filled with herbal vapors infused into the air and inhaled by occupant bodies. The White Lodge is also working on new foodstuffs which remain top secret, as well as a bottled root beverage, “Rancho Deluxe,” that tastes like ginger ale and unhinges the confines of time, space, and anxiety. “That’s what we’re about,” Sherman says while offering us a taste of the new brew, “finding these plants that have been used for thousands of years and re-assimilating them into daily consumption.”

What Do Artists Eat? Studio Cooking Serves Up Performance, Art, and Your Next Meal Meghan Gordon, Arden Ellis Surdam
11/9/15

Parallel & Simultaneous: The White Lodge
4/5/11
COMMENTS (1)
I cannot wait to go here.
So glad you covered this space! The sensory environment is something I am very much interested in.
Comment by: Kara Q. Smith on Friday 04/15/11 at 3:04 AM
ArtSlant has shutdown. The website is currently running in a view-only mode to allow archiving of the content.