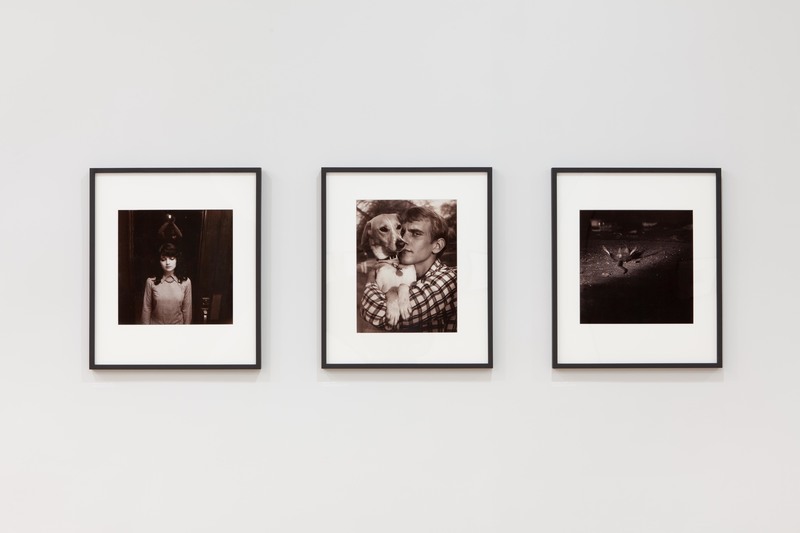 Mark Morrisroe (1959-1989) spent most of his life smudging lines between fact and fiction. Legend has it that he was a teenaged prostitute and hustler, the illegitimate son of the Boston Strangler, and starred in a snuff film that nearly killed him. While most of these tales have not been proved, Morrisroe did however, spend the remainder of his days with a bullet lodged dangerously close to his spine and walking with a permanent limp. “Mark Morrisroe: From This Moment On” (the first U.S. retrospective of Morrisroe’s work) reveals the surprising depth and innovation present in his brief but intense career. Through photographs, letters and journals, prints, and a smattering of super 8 films, Morrisroe’s explorations in identity, ambiguity, distortion, trickery, and play are revealed through his relentless drive to make art.

Morrisroe’s images chronicled the world around him as it was and as he dreamed it might be. As a renegade documentarian, he photographed what he knew: his friends, lovers, the underground post-punk scene of Boston and later, New York’s East Village. His subjects evoke a bygone era of glamour and Hollywood stardom while toying with gender roles and social norms. Early photographs of friends from his Boston art school days uncover a rag-tag group trying to find their place in the world. His friends pose everywhere and every way, from bathrooms and bedrooms to clubs and on the street. They wear extravagant costumes and heavy make-up, button down shirts and dresses, or nothing at all. They arch their backs on beds; they pucker their lips and perch on the sink with level and confident gazes daring us to enter their world. The abundance of nude self-portraits as well as images of his first love Jonathan (Jack) Pierson point to Morrisroe’s desire to also find himself.

Morrisroe experimented heavily with Polaroid film through a company-supported artist initiative. Many of these photos include intentional flaws like fingerprints and debris on the print and color distortions from variances in exposure. Although this gave some of the Polaroids a fuzzy, grainy quality, no single snapshot stands out on its own, but instead provides insight into the ongoing development of Morrisroe’s aesthetic. Later, his photographic experiments drifted into other realms. He is often credited with inventing the “sandwich” technique in which a double negative overlay is created by re-shooting an image, and then positioning the photo paper between the two negatives during the exposure. The resulting image was painterly and ethereal and seemed to float and overlap on itself.

Shortly after arriving on the East Village art scene in 1986, Morrisroe was diagnosed with AIDS. Much of the work from his final years is comprised of brightly colored cut-ups and collage-based photograms on black backgrounds. In his incessant drive to create new work, his X-rays and medical charts began to figure more prominently in the artwork. Further experimentation with print processing occurred as well in the improvised darkrooms he created during hospital stays. An untitled C-Print and photogram from 1987 shows a still life of medicine bottles on exposed directly on the photo paper; a 1989 untitled self-portrait is a haunting image of a gaunt and sickly (but still playful) Morrisroe lying seductively on a bed, his room messy and he alone. For once, Morrisore is not pretending, trying to trick us, or distort the truth. His level gaze challenges us to face what is raw and real, alluding to his quiet and tragic end.

Who might Mark Morrisroe have become if AIDS had not cut his life short? How would his artistic sense have matured? What other photographic innovation would he have invented? “From This Moment On” offers a romantic elegy to the youthful exuberance and optimism of an artist who relentlessly tried to make the world over by framing it as glamorous and new. Morrisroe sought to highlight the humor, beauty, grit and contradiction in life through the image. We can only wonder if he ever found his truth. 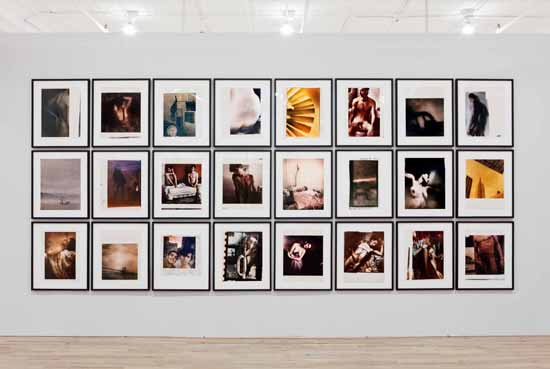