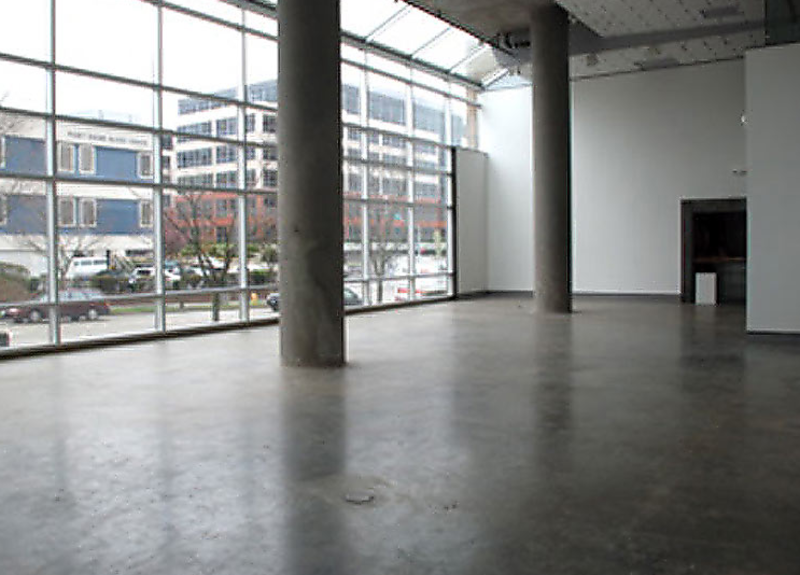 Bellevue, Washington’s only progressive contemporary art space, Open Satellite, closed its doors on March 19. Started initially through the private funding of developer John Su (it was located in the ground floor of a condo building he owns) in 2007, this year it attempted to transition to a non-profit model to continue existence even after Su decided to cease his support.

And instead of hashing out all the frustrating bullshit that led to the demise of this brave space, I would rather highlight a few aspects of Open Satellite’s program and model that were exemplary and duly deserving of praise.

Open Satellite commissioned local curators to bring non-local artists into the region—offering them a two-month residency with housing and a healthy project budget. The key was that the artists had sufficient time, space, and funds to produce something substantial. Open Satellite paid both its guest curators and artists in line with what their services are actually worth, not based on the deflationary market value of art or the sometimes unfortunate “free” economy that cultural production often lapses into out of necessity.

Yoko Ott brought wit, dedication and curiosity to her role as director over the last year, notably commissioning an excellent series of affordable editions by Eli Hansen, Victoria Haven, Issac Layman, Maki Tamura, Ivan and Heather Morison. Additionally, she initiated Open Satellite Publications, a co-publishing partnership with Publication Studio–an experiment in sustainable publishing based in Portland, Oregon. Ott often hired local students and emerging artists as gallery assistants and techs. Nascent curators and artists need role models, but more essentially they need to observe the process at work in the art world at large, not only in the slow moving exhibition practices of institutions. This is a common failure of traditional arts education: it often leaves the emerging artist unprepared for the realities and necessary logistics of accomplishing large-scale or otherwise complex projects. This may seem like a small thing, but is actually a very strategic method of community outreach—a way to give back indirectly to a larger art community by spurring initiative, inspiration, and the incorporation of new ideas.

Memorable artists featured in the past two years included Mitzi Pederson, Flint Jamison, and Meiro Koizumi. Each of these shows tackled Open Satellite’s challenging environment (oppressive windows, massive concrete pillars) with criticality, grace, and panache. Open Satellite gave artists the opportunity to produce new work in a new location and expose it and themselves to new audiences. For those that live in an over-saturated megacity where this type of project space is one option among many, let me emphasize that Seattle is not flush with these opportunities, and does not have a strong institutional orbit that brings in outsiders to simply exhibit new work or projects.

The length of an Open Satellite residency contributed significantly to this. When the art collective I am a part of, TARL, collaborated with Flint Jamison on an exhibition last summer, we had a fair amount of lead time for communication, revision, and ultimately producing a meaningful installation. This ability to provide a civilized and comfortable schedule for work became a further attribute of the projects exhibited—injecting them with a sense of the process and its associated measurements (scale, time, energy, etc.).

Seattle has space, the freedom of lawlessness, where the consequences are soft enough for artists to try anything, really experiment, and get away with it. Open Satellite gave that possibility to artists from outside the Pacific Northwest who may not have been familiar with the unexamined luxuries of this woodland province. The Northwest is largely absent from the national or international cultural consciousness, a problem that is magnified in the art world, but Open Satellite was a space that turned this marginal existence into an appreciable quality. Far from the rapacious fingers of an overreaching market and the overexposure that can come with being in a cultural center, we’re pretty free to develop, to fuck up, to add something new to a conversation that can often become insular, ideas getting recycled for lack of time and space to develop freely.

Open Satellite pointed the way forward for Seattle: a cheap and cheerful province with the freedom of space whilst maintaining an authentic connection to a larger conversation. So it’s over now, but Open Satellite’s contribution was enormous, substantive, and hopefully lasting as perhaps an example for others. Such a simple and important thing this beacon, and it’s easy to lapse into cliches, but fuck it, I hope someone, and soon, picks up the torch and carries on.

Antena & Miguel Cortez Joe Cassan, Dan Bruttig and Erin Thurlow
8/8/11
COMMENTS (1)
truth
this space and activity will be sorely missed, great look back and acknowledgement Jessica
Comment by: Harold Hollingsworth on Wednesday 04/06/11 at 3:06 AM
ArtSlant has shutdown. The website is currently running in a view-only mode to allow archiving of the content.