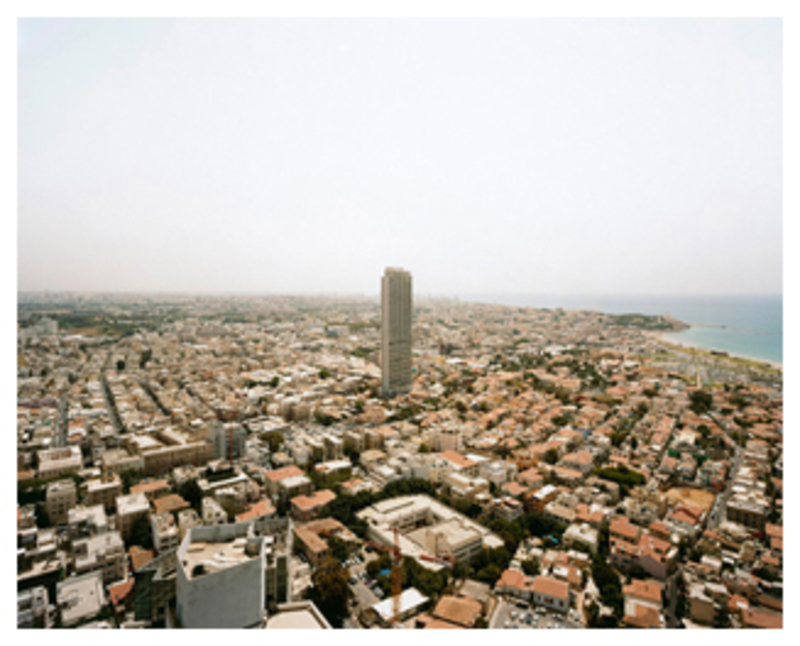 In his third solo exhibition at the Yossi Milo gallery, Sze Tsung Leong presents a selection of large-scale color photographs documenting a number of cities around the world. Taking from peak vantage points with an 8x10 view camera, each image is an arresting portrait of the built urban landscape contrasted by its organic environs. The high level of clarity a large format camera produces allows Leong to pack the frame with interesting micro details of the domestic amid the complex web of urban formation.

As demonstrated here and in his previous work, Leong is a disciplined formalist. However, images like La Paz (2009) and La Merced, Quito (2010) that are as much about patterns of shapes, lines, and colors, are also incredible documents of urban sprawl. If one thinks New York City feels overcrowded, all you have to do is look at the artist’s portrait of Quito, the capitol city of Ecuador. Houses and buildings swarm the landscape contorting to its terrain in a way that almost defies architectural logic.

Cities, unlike the natural environment, develop and expand by social and political forces influenced by wealth and power. And since a photograph is intrinsically a spatio-temporal snapshot of the world, Leong’s images are as much political as they are invested in formal qualities. Neve Tsedek, Tel Aviv-Yafo (2007) is a perfect example of this. In the center of the frame, a single skyscraper, the Nehoshtan Tower, looms over the surrounding area with an air of dominance. Closer to the foreground stands a construction crane in perfect alignment with the building, symbolizing further changes to come. It is these formal decisions Leong makes when composing his images that make them so much more than objective aerial surveys, opening them up to a multitude of interpretations instead. 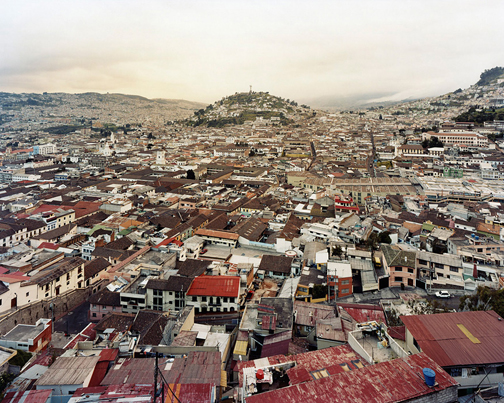