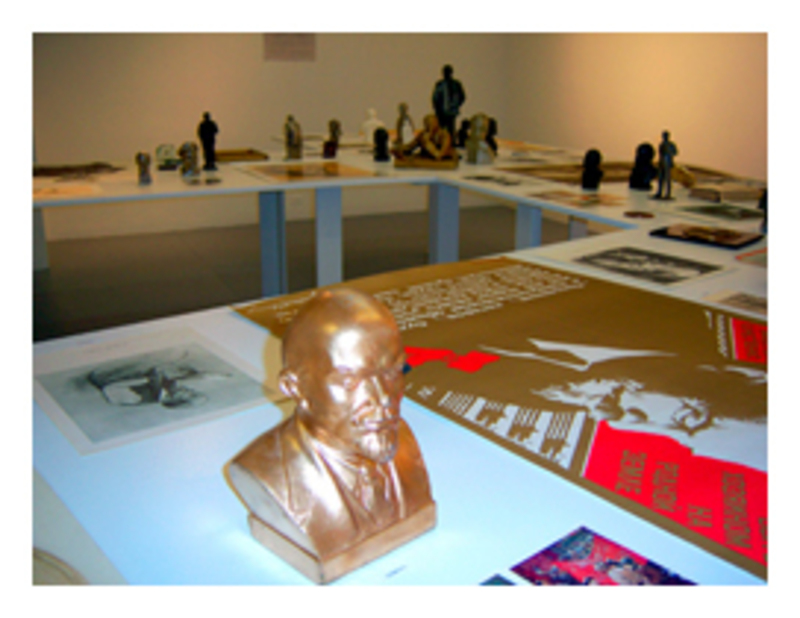 
In his continuing effort to amend the increasing misperception of the communist era, Yevgeniy Fiks has set out to actively thwart what he identifies as a process of fetishization of this controversial historical period through Lenin memorabilia.

Throughout the past year, Fiks has been collecting Lenin busts, stamps, postcards, books, and pictures, which have become increasingly rare and coveted collectables since the fall of the Soviet Union 15 years ago.  Disturbed by this new trend that overlooks the purpose for which these objects were originally fabricated, he set out to negate it by offering them for free to gallery visitors.  Anyone can put a Lenin item on reserve at no cost and pick it up when the exhibition closes.  His one condition is that the individuals adopting the objects sign a contract promising they will never gain any profit from them. Along with the Lenin articles, the signed agreements are displayed in the space, thus broadcasting the commitments to the general public.

With this process, Fiks is asking that visitors take part in maintaining the essence of the communist era as a crucial point in history, rather than a source of popular commodity that will come and go as any other fashion.  This small act is a poetic intervention into the inevitable romanticization of history, delaying ever so slightly the dimming effects of time and memory.