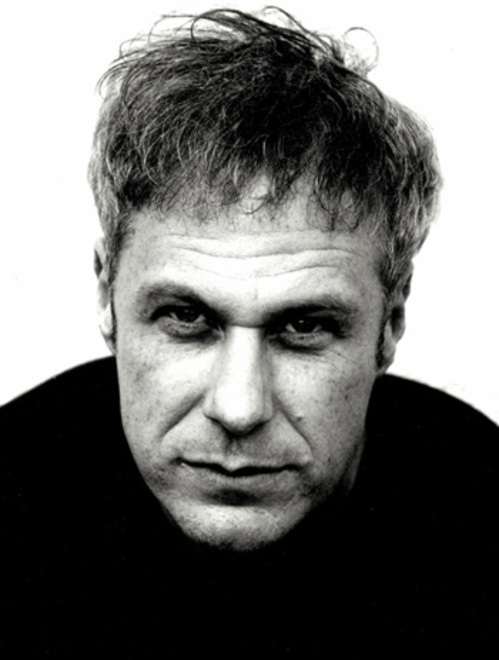 Dennis Cooper lives in the 10th arrondissment of Paris, in the north of the city, near the surge-and-grind of two big train stations, the zipper-width waterways and iron, aquamarine bridges of the Canal St Martin (an intensely cute area Parisians call “bobo,” as in "bourgeois-bohème"); a short walk from the African hair salons along Rue Magenta, a gay bar called Le Moustache, a strangely upscale McDonalds with plush violet banquets and an outdoor soup kitchen, set up a couple of times a week, where old people and recent immigrants from Turkey and Afghanistan come to eat. He has lived in the same place on and off for four years with a year-break in between the first and second two.

Cooper is a novelist with a string of books behind him from the five novel George Miles cycle (1989-2000) to the more recent God, Jr. (2005). A poet, critic, editor and performance artist, he's one of the most original writers to emerge from the late 1970s. Though critically acclaimed and widely translated, his play with the formal aspects of fiction, along with his literary forays into graphic sex and violence have kept him a bit more out of the mainstream than another famous gay American author living in France, David Sedaris.

As many might know, Cooper, who is originally from Los Angeles but has also lived in New York and Amsterdam, is living in Paris mainly because his boyfriend, who is Russian, has never been granted even a tourist visa in the United States. Many attempts and letters from lawyers, ambassadors, councilmen, even a letter written by Cooper’s mother from her deathbed, expressing how much she wanted to meet her son’s boyfriend before she died, were not successful. (The couple will try again this year, hopeful that under Obama’s administration, a visa will be granted.)

For now, though he says he misses LA, Cooper likes Paris. He goes down to St. Michel and the Museum of Modern Art, hangs out with friends, works on his books. Since living abroad he has also become involved in performance again, collaborating alongside director Gisele Vienne (among others), with whom he has created five pieces. The most recent, This Is How You Will Disappear has already played around the world and will appear at the Centre Pompidou in April. On top of all his other writing, Cooper is also a well-known and highly prolific blogger— a martyr blogger of sorts, if you consider how slow his Internet connection is (I happened to be staying in the same building; it was like dial-up from the 1990’s); the slow connection makes the dedication to the blog even more compelling. Cooper says he spends four to five hours every morning on the “p.s.” section of DC’s alone, the part of the blog following the main post, in which he responds every comment posted. At around 45,000 hits a day, that’s a lot of comments. The tone ranges from fandom to friendship and has an oracular feel to it, prayers to the sometimes lascivious but always genuine Saint Dennis.

“It’s cool,” he said. “I used to edit this magazine called Little Caesar in the seventies, it was like a punk literary magazine and it’s kind of like that, except it’s better because, the weird thing about it is that people come there because they like my work so I have this kind of power. Most of them are young artists of one kind or another and if I can give them some support—everyone is pretty interesting there, you don’t really get duds. It creates community and I can sort of hook them up with each other and support them and show their work on the blog…it’s very simple for me to show support for their work because I genuinely feel that way.”

DC’s started before Cooper moved to Europe but has been in high gear for the last four years, probably in part because he misses his friends and the blog is a way to stay in touch with them and as well as create a new virtual community. He imagines one day he might stop writing it, if he moved back to Los Angeles for instance, but for now he doesn’t have an end in sight. He describes the blog as a full time job but it’s obvious that it’s incredible fulfilling for him and the power to ignite recognition for new artists he admires (he compares it to when he used to write regularly for Artforum) is a large part of the appeal.

On the Sunday after Christmas I met up with Cooper he said he had just finished his new novel, The Marble Swarm, the week before (he celebrated by eating nachos at the Hard Rock Café: the best passable Mexican food for a vegetarian he’s found in Paris). He describes the book as his French novel and his most complicated yet. “It’s really hard to explain but there’s these mysteries and secret passages and haunted chateaus and all these murders but it ends up being about the way the guy speaks. He’s this 22-year old cannibal, although he doesn’t do much cannibalism but he talks about it all the time.” The book, which sounds completely intriguing—a Dennis Cooper novel set in the land of Marquis De Sade, say— will be out in fall next year. Cooper will be reading at Book Soup in Los Angeles February 6th, hopefully accompanied by his boyfriend.

More information is available on Dennis Cooper at his Official Online Resource as well as his blog, DC's. Artslant would like to thank Dennis Cooper for making this interview possible.

Posted by Kate Wolf on 1/4/11
RELATED ARTICLES
COMMENTS (1)
!DC in Paris
Dennis Cooper rocks!! how to win the lottery
Comment by: alessahilton on Wednesday 01/05/11 at 8:32 AM
ArtSlant has shutdown. The website is currently running in a view-only mode to allow archiving of the content.