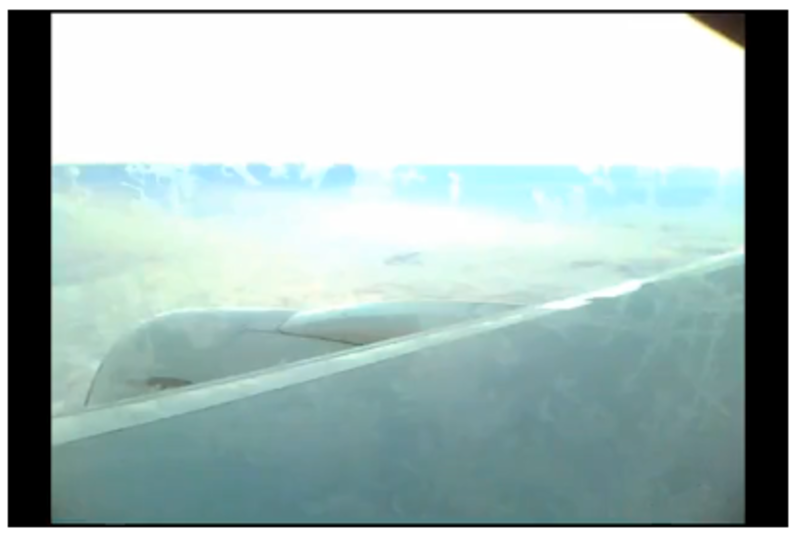 For over two years now, Light and Wire Gallery, a project founded by artists Gladys-Katherina Hernando and Jessica Minckley, has existed almost only (so far, they’ve one done physical show) on the Internet. Currently run solely by Hernando, Light and Wire seems like the right forum for video art and work of a more conceptual variety that doesn’t necessarily need to figure out how to use (and could even benefit from not using) an analog space for its illumination.

I like their concept and many of the artists that have shown there such as David Horvitz, Tamara Sussman and Marie Jaeger. Also, having spent the holidays out of the country, what could’ve been more useful to me than a virtual slice of the LA art world; one I could access sitting on my friend’s couch in Berlin (a city, coincidentally, I’m told is a huge hub for net artists.)

Light and Wire’s current show, "Froing and Toing" is a series of five videos (embedded in Vimeo) by Argentine-born artist Analia Saban, four of them from 2001. The shows title piece from 2010, engages simple gesture—a finger flicks at the camera’s lens as it shoots the crepuscular horizon outside an airplane window—arousing questions of perception, reality and space on a two dimensional plane. With RGB, 2001, the three colors, flickering like a swarm of flies, attempt to push the limits of that dimension. In the highly effective and measured Scan, 2001, the camera fixes on the mechanized actions of a scanner machine as it passes over a woman’s naked body. In this 5 minute video, the fusion of the erotic and the mechanized becomes allegorical and the process of watching a machine’s reading of human representation, completely mesmerizing.

The question remains though, do we need something like the distinction of a “gallery” in the stream of bric-a-brac that is the Internet, the joy of which, one finds often in flaneuring through, clicking one thing to the next in a trail of actual, non-distinction. And is it possible to separate the two? Even a site as erudite as UbuWeb (an online compendium of the historical avant garde) has more of an encyclopedic quality, primarily offering access over a narrowed experience. I’m not sure of the answer but no doubt in the decade that dawned a few days ago, it will an ever-mutating one.

The full exhibition is available for viewing at http://lightandwiregallery.com/ . Below is one work from the site, courtesy of the artist and Light and Wire Gallery.

Posted by Kate Wolf on 1/3/11
RELATED ARTICLES
COMMENTS (2)
Deja Vu
Alex! Your comment itself is a deja vu. Why don't you mention that exposing one's limbs is a novelty to the flasher who hasn't done it before.
Comment by: Alex Nodopaka on Friday 01/07/11 at 4:41 AM
Deja Vu
Frankly speaking it's nothing I mean nothing that hasn't been seen before. For one, it's much too tedious in terms of duration. For two, an old subject needs much more creativity.
Comment by: Alex Nodopaka on Wednesday 01/05/11 at 12:43 AM
ArtSlant has shutdown. The website is currently running in a view-only mode to allow archiving of the content.